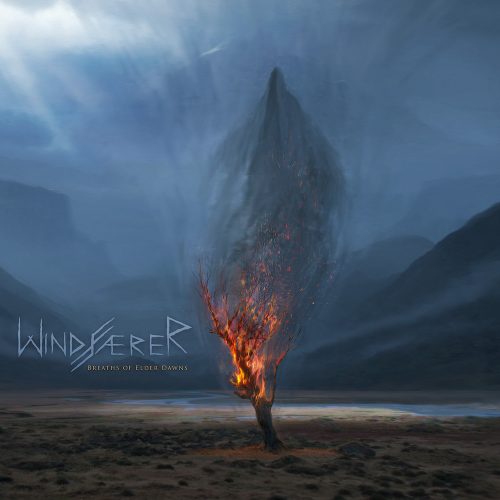 Many of those same qualities are again on display in this new record, but the experience is, if anything, even more rich in its textures and moods, even more enthralling (and wrenching), and perhaps even more immense in its sheer unbridled power. 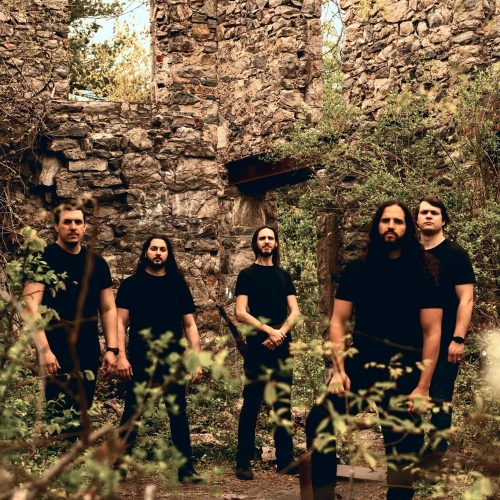 It’s no wonder that Michael Gonçalves and company chose “Astral Tears” as the lead single for the new album. On so many levels, the music is almost completely overpowering — in the explosiveness of the sound, in the searing, penetrating impact of the melodies, and in the raw emotional force that blasts through the music like a typhoon.

The sonic contrasts in the song are evident almost immediately, as it juxtaposes gut-thumping, spine-shaking beats and brazen, blaring chords, accented by sky-high tones that spear out, fluidly flow, and flicker like fireflies in the dark, revealing the complementary textures of both guitar and other instruments (the album includes Benjamin Karas‘ performances on violin, viola, cello, and orchestral synths).

The incendiary intensity of the vocals can’t be overstated, nor can the force of the rhythm section, which causes the song to storm and quake the ground in ravaging fashion. But the gleaming and glittering brilliance of its borealis-like and darting melodies is equally gripping, simultaneously translating feelings of wonder, yearning, and melancholy. And following a riveting tremolo’d bridge, which seems to convey an anguished delirium, and a gripping, channel-shifting drum progression, the song soars to new heights of head-spinning, pulse-pounding magnificence, aided by vocals of spine-tingling passion and by a collage of sounds that are sweeping and scintillating.

No doubt, we will have more to say about this remarkable new album in the coming weeks. For now, we’ll leave you with these comments from the band, more details about how the album was made, and some useful links:

“Breaths of Elder Dawns explores themes of hope, kinship, destruction of the natural world, shattered illusions and longing for the numbing comfort of death. It is a journey of mourning through the ruins of abandonded dreams and aspirations. This record is an homage to a romanticized past as much as it is a rejection of its glorification… and a journey through aesthetic desolation and saudade. Here, the light of the sun exposes the anguished disfigurement of the soul”.

Breaths of Elder Dawns was recorded between July and December 2020. The album was produced and engineered by Benjamin Karas, mixed by Bobby Torres of Frightbox Recording in Passaic, NJ, and mastered by Colin Marston at Menegroth, The Thousand Caves in Queens, NY. The album artwork was created by Demura Artem. Windfaerer is: