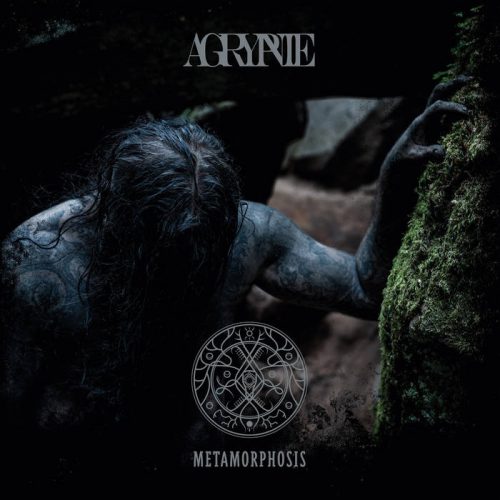 (Andy Synn casts his ear over the latest album by one of his long-time favourite bands, Agrypnie, which is set for release next week via Art of Propaganda)

Here’s a piece of unsolicited advice for any budding writers/reviewers out there: one thing you have to realise – and remember – is that every band’s newest album is going to be the first time some people hear them.

So it’s no good just writing for the faithful. No matter how big or famous or well-established a band might be you can’t just assume everyone is going to be familiar with their work.

Case in point, despite its name, not much has changed for Agrypnie on Metamorphosis, as the album still offers the same tumultuous tapestry of searing blastbeats, stomping rhythms, and soaring leads which made records like 2018’s Grenzgænger, 2013’s Aetas Cineris, and so forth, such an enervating and electrifying experience.

But if you’re not already familiar with the band’s work, then that isn’t really going to mean much to you, is it?

So this is for all you new people – if you’re looking for something that’s both subtly “progressive” and seriously aggressive, something that sits somewhere between the introspective intensity of early Alcest and the melodic muscle of Insomnium (or, if you’d prefer, the blazing fury of Der Weg Einer Freiheit and the gleaming grandeur of Dark Tranquillity), then you should do yourself a favour and give this album a listen ASAP. 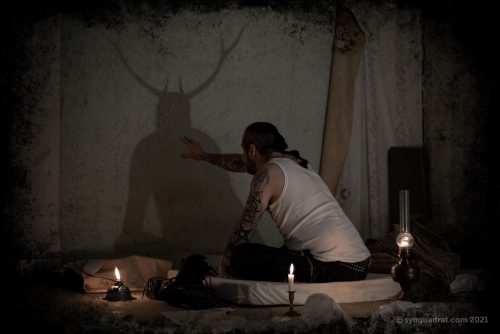 Of course, these comparisons only provide a superficial level of insight into Metamorphosis – Agrypnie remain as much themselves, first and foremost, on their sixth album as their first – but should at least give you some sense of what you’re about to hear and allow you to adjust your expectations accordingly.

Because, make no mistake about it, I have seen some people already approaching this record from the wrong angle, expecting something more “pure”, or more “progressive”, more “artsy” or “avant-garde”, than it actually is, and thus being summarily disappointed and (in my opinion) overly critical as a result.

Heck, even I was slightly thrown at the start, as “Wir Ertrunkenen” errs so much more towards the Melodeath side of things and “Verwuestung” towards the dreamy Post-Black end of the spectrum that I was more than a little bit concerned that the band might have lost their signature knack for actually blending these two aspects of their identity together.

Thankfully these fears proved to be unfounded, as “Am Ende der Welt – Teil 1” just has that special x-factor, that certain je ne s’ais quoi (I’m not sure what the German term for it is), which helps it defy easy categorisation within any one particular sub-genre, moving as it does from moody melodic ambience to magnetic metallic intensity, from heart-rending catharsis to gut-wrenching fury – and back again – over the course of just under ten thrillingly dynamic, strikingly dramatic, minutes.

That’s not to say that “Wir Ertrunkenen” or “Verwuestung” are bad songs by any means – they’re definitely not, and both showcase a band on absolutely top form (especially new drummer Flo Musil, whose unquestionable power and precision is further augmented by an impressive array of flams and fills) – but the truth is that Agrypnie’s best work has always come at the intersection between certain sounds and genres, not necessarily within them.

This impression is only emphasised further by “Skulpur aus Eis” – arguably the album’s high point, though that’s not to downplay the rest of the record by any means, as songs like “Melatonin” and “Am Ende der Welt – Teil 2” are as hooky, as heavy, and as hypnotic, as the very best of the band’s back-catalogue – which, over the course of just over eleven minutes (and with a welcome assist from Schammasch frontman C.S.R.) takes you on a thrilling journey of soaring peaks and sombre valleys, deep shadows and brilliant highlights, whose alchemical blend of aggression and atmosphere doesn’t sound quite like anyone, or anything, else.

Of course, this somewhat single-minded dedication to their own singular sound can, at times, be a double-edged sword, and chances are that if you weren’t overly enamoured with the band’s previous work then you’re unlikely to be seduced by this one either.

Couple this with the group’s continuing, and almost pathological, inability to self-edit – the largely superfluous “interlude” tracks in particular, including the promising but underdeveloped “3327” (which feels like an unfinished fragment of a bigger, better song) do little more than bloat the album’s already attention-taxing run-time – and what you end up with is a record which, ultimately, represents the band both at their best and at their most flawed.

Don’t get the wrong idea though, I like this album. In places I like it a lot. It just feels like, with a bit of judicious trimming, and maybe a little bit of a rearrange, I’d have liked it even more.

But even if some of the band’s existing followers might feel slightly let down by the fact that Metamorphosis doesn’t quite hit the same heights as its predecessor (or, at least, doesn’t hit them quite as often), they can still take heart that it’s another solid addition to their ever-expanding repertoire, complete with a handful of absolutely stellar stand-out tracks which make it more than worth their while.

Perhaps more importantly, however, it seems to me that potential new fans will find this to be a great “jumping on point” in the band’s discography, something which will – hopefully – only serve to raise their profile even further.