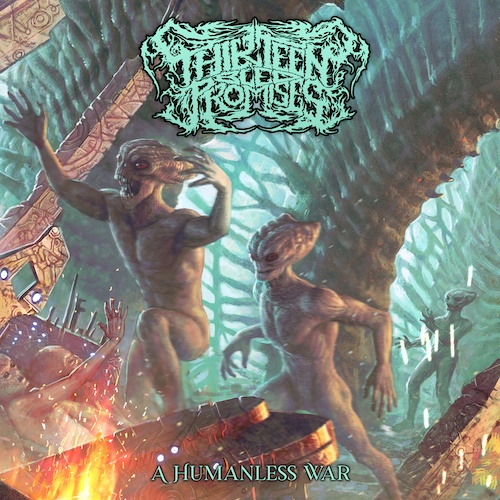 After a nearly six-year hiatus the Spanish extreme metal band Thirteen Bled Promises are returning to the field of battle with a new label and a new EP of hybridized head-spinning hostility. The name of the EP is Foundation, and it’s not only the cover art by Martin de Diego Sábada that’s alien, as you’ll discover through our premiere of an EP track named “A Humanless War” in advance of the record’s release by Lacerated Enemy on October 22nd.

As the new song vividly demonstrates, the music on the EP is like a double helix of sounds whose genetic material is made up of nucleotides from technical death metal, black metal, brutal death metal, and deathcore, and features an unnerving amount of dissonance and discord in addition to a merciless degree of rhythmic and vocal punishment. 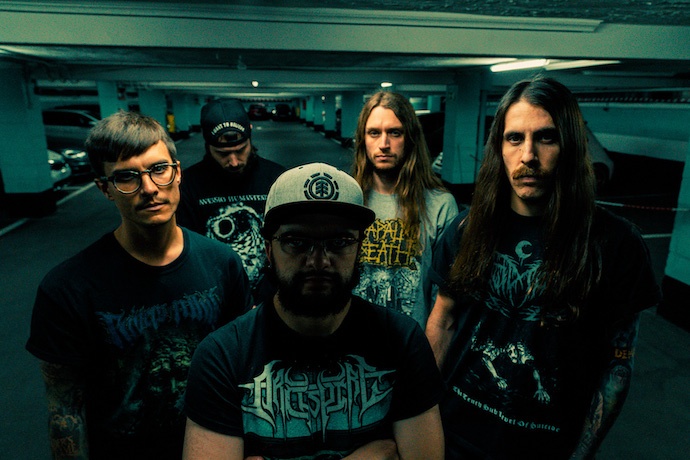 Focusing only on today’s song premiere, “A Humanless War” initially discharges monstrous cavern-dweller vocals, punishing bass blows, and dissonant guitar tortures that seem purposefully calculated to upset your inner ear as they squirm, screech, quiver, and jolt, all of it backed by drumming that is itself just as destabilizing, veering from hyper-blasts to metronomic slugging.

After softening up your skull and twisting your mind with that demented opening spectacle, the band then proceed to change course repeatedly — slowing and slithering, while radiating eerie and dismal tones to the accompaniment of berserker screams; exploding in a ferocious assault of blistering drums and boiling guitar derangement; jittering and jackhammering and unspooling a fluid, ghostly melody that quickly becomes enthralling; becoming crushing, crazed, and discordant again; groaning and clawing; and then inflicting massive atonal slamtastic sledgehammer blows (again laced with weird guitar excretions).

Foundation was recorded and engineered by Alex Cappa and Jorge Rodriguez at TMF Studios, and it was mixed and mastered by Alex Cappa at TMF Studios. Lacerated Enemy will open pre-orders for the EP in CD and digital formats, and a vinyl edition is expected by early 2022 (given the still-prevailing delays in vinyl production). The new song is also be available on all the usual streaming services. 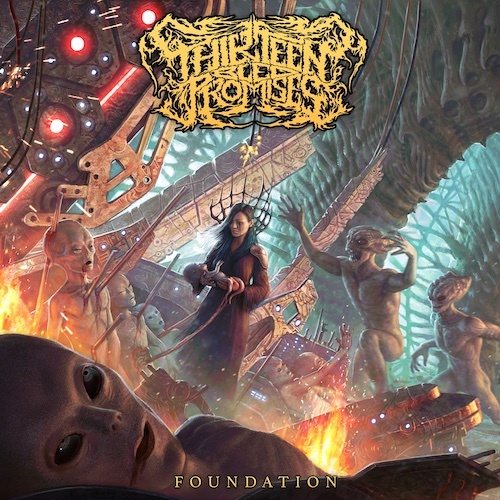