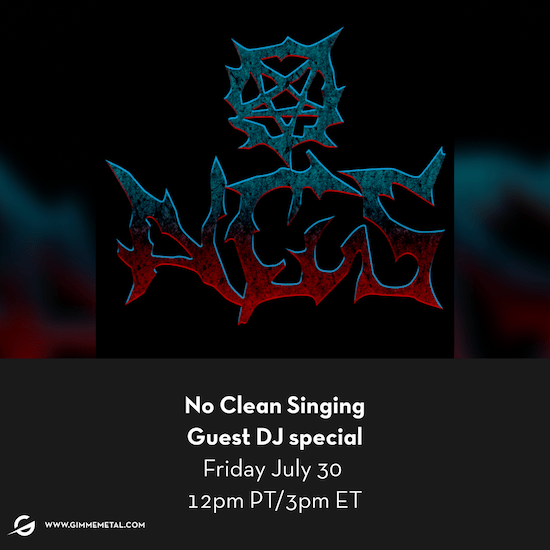 Way back on the 17th of August, 2020, three of your NCS slaves — (Andy Synn, DGR, and Islander) — appeared as guest DJs at GIMME METAL, curating a two-hour on-line radio show in which we spun tracks of our own demented choosing, interspersed with our own pre-recorded banter, and also engaged in live on-line chats with listeners. And since then we’ve done it two more times — in October 2020 and March 2021 — and as you can tell we’re about to appear for a fourth time this coming Friday, July 30th.

The three of us still feel incredibly fortunate to be invited to do this, and to find ourselves again in the midst of the coterie of stellar musicians who normally handle the guest spots. We feel so lucky because we have SO DAMNED MUCH FUN putting our playlists together and recording our own interstitial banter.

It’s such a joy to do it, especially because we try hard to make underground selections that won’t otherwise get a lot of attention, that we usually start working on new playlists even before our latest session has aired — even though we never know how many people will tune in, and therefore whether we’ll be invited back.

So, we’re begging you, TUNE IN! 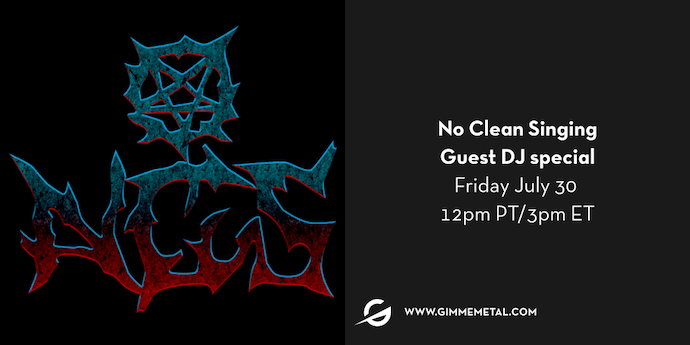 For this new session of ours, Andy and DGR have chosen new strategies for the songs they picked this time, while Islander has once again decided to stay with more recent tracks for all of his picks, most of them already on his group of candidates for 2021’s Most Infectious Extreme Metal Songs.

For those who get confused about time-zone differences, our two-hour show will air at 8:00 PM in the UK and at 9:00 PM CET, in addition to the North Americn times shown in the images above.

(If you can’t make it at air time, paid subscribers to the Gimme Metal Brigade get access to more than 2,000 hours of on-demand, off-line programming, which includes our own episodes. You can get more info about that here.)

Huge thanks again to GIMME METAL for including us. Hope you’ll be with us tomorrow.