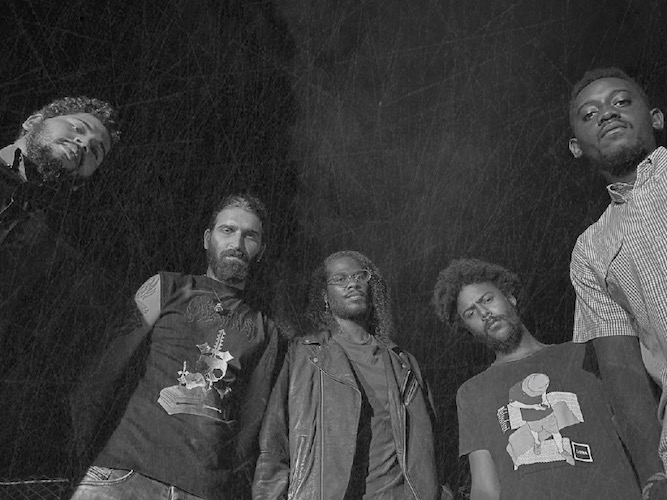 “According to the first part (inferno) of Dante Aligierti’s Divine Comedy is the inscription that is at the entrance to hell. Porta Magna means big gate. An entrance to a mix of emotions. angers, and frustrations of society, and deprivation of liberty. It’s like hell we’re living.”

And surely we have all lived through our own distinctive kinds of hell over the last year and a half, a pandemic time in which Porta Magna was born during a covid outbreak in Angola. Deprived of rehearsals and concert opportunities, they collaborated online. Once restrictions lifted to the point when they could go to a studio, they recorded their first single at Estudio 2 in Luanda, and today we’re premiering a video for it on the day of its release by Mongrel Records. 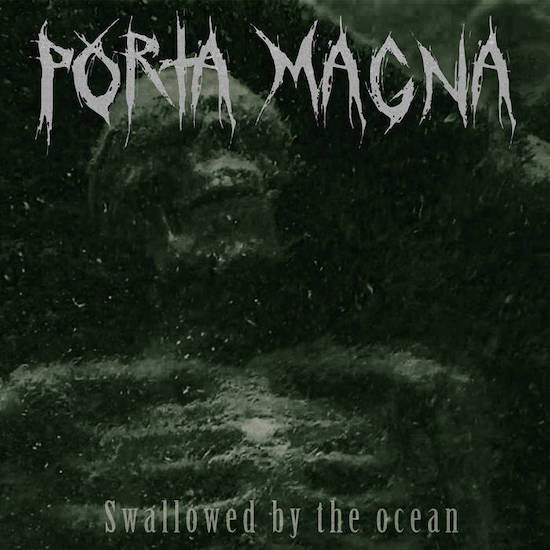 The name of the song is “Swallowed by the Ocean“. Claudio Henriques explain it in these terms:

“Swallowed by the Ocean is the representation of someone who suffers from depression. The sensation is described as if she is drowning in a deep, icy ocean, where she cries out for help (can’t you see me? Hold my hand, stop this suffering) but no one sees or hears her. Surrounded by sharks (fears, insecurities, etc) that constantly attack and devour her as the anchor of anguish pulls her deeper and deeper until she is completely swallowed by the ocean…”

Despite the harrowing nature of the lyrical theme, the song itself is a rush to hear. Anchored by a livid galloping beat, the song opens with a thrashing lead riff that’s wild and electrifying, augmented by bubbling bass tones, ferocious growls, crazed howls, and searing, soaring leads that channel fear and delirium. The powerhouse energy of the song is unrelenting, and keeps a white-hot fire under the listener’s pulse, yet the terrors in the song are just as visceral as the hammering and booming grooves, the scorching vox, and the unchained barbarism of the riffing.

And it’s a kick to watch the band in the video too. Check it out:

Porta Magna have also recorded a second single, “Cult of the Flesh“, and we’ll be watching for the release of that one…. “Swallowed by the Ocean” is available to stream and buy now:

3 Responses to “AN NCS PREMIERE: PORTA MAGNA — “SWALLOWED BY THE OCEAN””