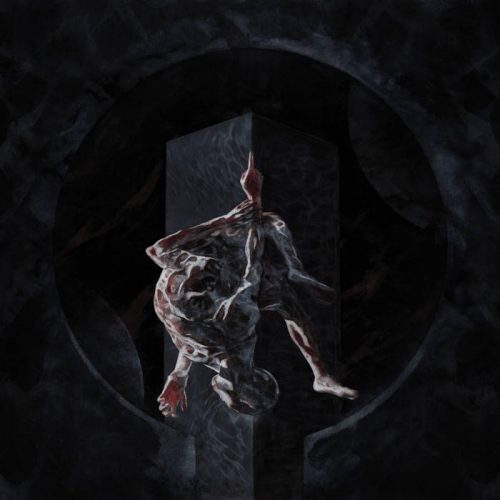 (Andy Synn takes some time out of his busy schedule to lavish praise on the new EP from Nightmarer, out tomorrow via Total Dissonance Worship)

I must admit, I was late to the party with Nightmarer.

I totally missed their first EP, Chasm, and didn’t get a chance to check out their first album, Cacophony of Terror, until well after practically everyone else in the world had long-since done so (and moved on).

So I told myself that, given the chance, I wasn’t going to make the same mistake again… and although I almost ran out of time (this EP actually comes out tomorrow, so we’re down to the wire here) I’m glad that I kept my promise, even if only by the skin of my teeth, as Monolith of Corrosion is easily the band’s best work yet.

It’s not just that each of the group’s members have brought their absolute A-game here – drummer Paul Seidel especially (who, alongside guitarist Simon Hawemann, I first encountered in War From Harlot’s Mouth) once again proves himself to be one of the most unstoppable, and underrated, drummers in the “extreme” scene – or even that, collectively, this EP contains the darkest, heaviest, and most intense material of their career so far.

It’s the fact that these three tracks – “I: Ekstasis (Baptismal Tomb)”, “II: Metastasis (Primordial Grit)”, “III: Stasis (Obliterated Shrine)” – are structured and constructed to be listened to as a singular whole, one which, when taken all together, is far greater, and far stronger, than the simple sum of its (absolutely punishing) parts.

Sure, you can listen to and enjoy each of the tracks individually (and they each have a hell of an impact on their own, no doubt about it), but it probably makes more sense to treat this EP as a single, monolithic entity, one where the interlocking of each segment – transitioning seamlessly from the frantic deluge of fury and dissonance which characterises “Ekstasis”, through the equally intense yet cunningly atmospheric strains of “Metastasis”, to the oppressive and off-kilter stomp of doom-laden closer “Stasis” – is a key part of what makes it such a miniature masterpiece of caustic extremity and artistic ambition.

It’s also worth considering this… if you think of Monolith of Corrosion not just as a stunning piece of work in its own right, but also as a sign of how much Nightmarer have improved and evolved in just the few short years since Cacophony of Terror, then it only stands to reason that their next album – whenever it may appear and whatever form it may take – will be even bigger, even better, and even more devastating.

So prepare yourselves accordingly… the clock is already ticking.