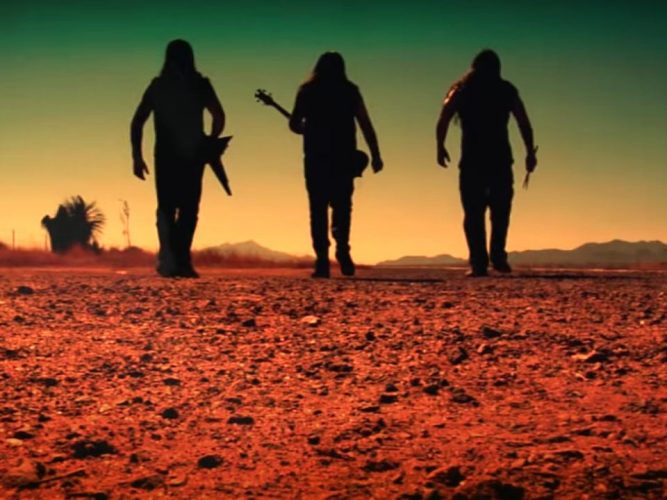 This round-up is a Brazilian death metal sandwich with some poisonous charred goods inside. I’m anticipating I’ll have time for a second round-up later today, which will be some other kind of tasty but toxic meal.

Yesterday Century Media released a video for the title track from Krisiun‘s latest album, Scourge Of The Enthroned, which is has been out since September 2018.

This is such a good song — jagged and jolting, weird and wailing, menacing and mad. Moving mainly at turbocharged speed, it gives your skull a hard slugging and your guts a good gouging, blaring and boiling with maniacal ferocity but also packing a pulse-pounding punch and infiltrating bits of eerie melody. The soloing screams, the vocals are savage, and the drumming is lights-out. And it’s a blast to watch these veteran barbarians perform the song.

Word is that Krisiun are at work on a new album for release next year, again via Century Media. 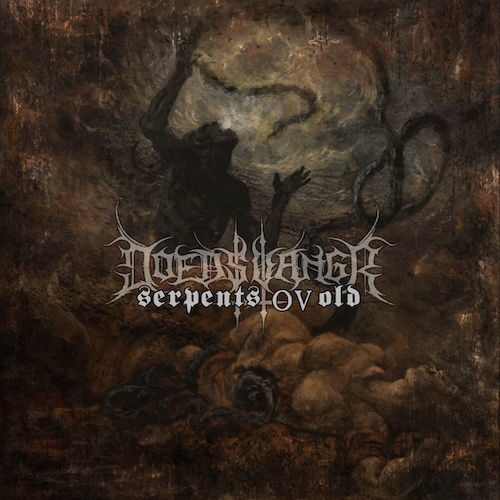 Doedsvangr are returning with a second album, this time with guitarist BST (The Order of Apollyon) joining the line-up of vocalist Doedsadmiral (Nordjevel), guitarist/bassist Shatraug (Sargeist), and drummer AntiChristian (Tsjuder). The album’s first single just appeared, and its name is “As The Rivers Bleed Their Blessings“.

This track is a contrast with the one I chose to open the playlist. It’s a stately stomp, glowering and menacing. The high, whirring guitars create a grand yet venomous moving wall of sound over the primal, propulsive rhythms, which occasionally erupt in double-kick spasms. To be sure, there are signs of madness in the frantically flickering leads and the riotous, scalding vocals, but it really is as poisonous as a next of vipers.

The song is from Serpents Ov Old, which also features guest vocals by Nag (Tsjuder) on one song and by Vicotnik (Dødheimsgard) on two tracks. It will be released on CD, vinyl, and digitally by Debemur Morti Productions on October 29th. Pre-orders will start on September 6th. 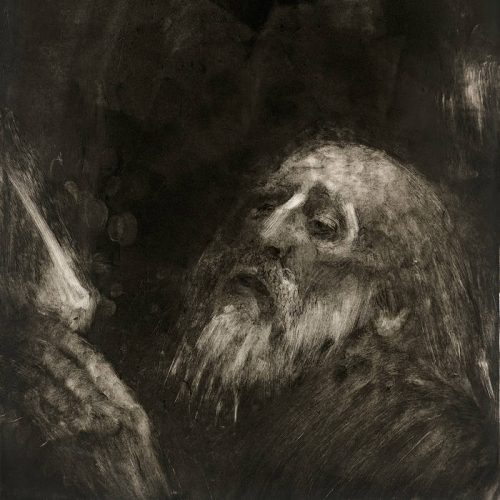 We’re eagerly awaiting a new Serpent Column record named Katartisis, which will be released on August 28th by Dissociative Visions/Mystískaos. While we wait to hear all of it, we now have an advance track named “Edelweiss“, a track that my friend Rennie (starkweather) characterized as one that’s “moving ever closer to Drive Like Jehu on a black metal bender.”

Wild and discordant, this offering of avant-garde black metal is packed with off-the-hook drumming, jittery fretwork, bursts of blaring dissonance, and thoroughly unhinged screaming.  The supercharged energy and rapidly mutating fretwork maneuvers are contagious, especially when the riffing becomes a vibrant, slashing fever. The technical skill on display is eye-popping, and so is the ingenious inventiveness of the song, which includes a hallucinatory but completely beguiling closing segment as the drumming steadies and the bass gets a chance to partner with the chiming, twisting, and clawing guitars.

P.S. It’s now about five hours since I originally posted this column and I’ve discovered that, by surprise, the entire album is now streaming and available for download at Bandcamp. I leaped at the chance to buy it, without the slightest hesitancy. 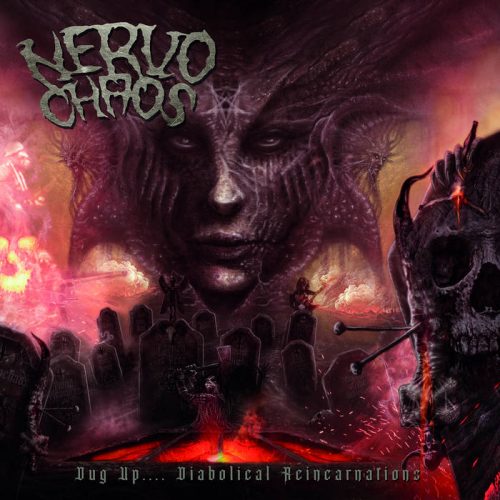 Now for the other side of this Brazilian sandwich, a song named “Pazuzu Is Here” by NervoChaos, who like Krisiun have been making death metal since the ’90s.

“Pazuzu Is Here” is the first preview from a new NervoChaos album named Dug Up (Diabolical Reincarnations), which will be released on November 19 by XenoKorp. Prepare your  spine and your neck for a serious dose of jolting and jackhammering groove, and get your nervous system ready for riffs that pulsate in crazed yet electrifying fashion. There’s as much madness and mania in the bestial vocals, although they’re quite intelligible, and the rapidly quivering and squirming solo is deliciously demented. Like the Krisiun track that opened this collection, this NervoChaos song is also highly infectious.