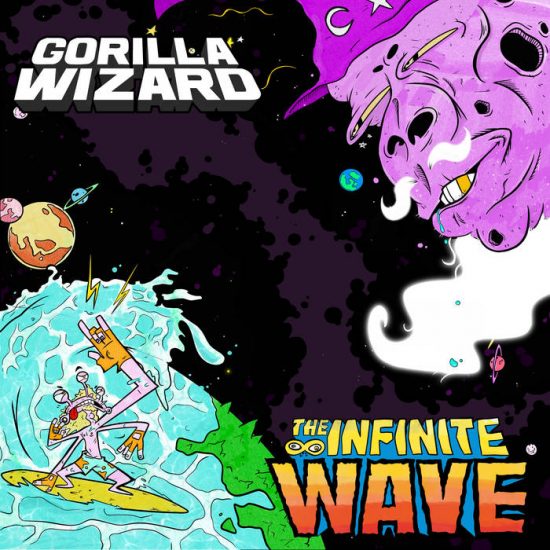 Today we again have an opportunity to revisit a band whose music we’ve premiered on a couple of previous occasions — Gorilla Wizard from Long Island, New York.

As we observed when we first encountered their music a couple of years ago, their outward trappings almost dare you not to take them seriously, perhaps most especially the white-bearded, wizard-capped gorilla costume in which guitarist Bertrum (the Gorilla Wizard himself) performs. But as we’ve also cautioned before, you shouldn’t be misled by all that, because although the music definitely is a raucous kick in the head, it’s no joke — and we’ve got further proof of that in the new song we’re premiering today off a forthcoming EP. 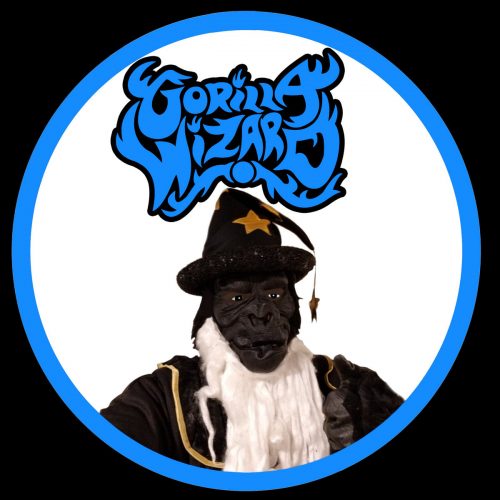 Gorilla Wizard’s 2019 debut album Tales From the Cauldron (reviewed here) proved to hit harder than a battering ram. The grooves were almost ever-present, and the sonic weight behind them was humongous. The riffs were highly contagious, and the crunchy, sludgy, radioactively vibrating guitar tone seemed potent enough to liquefy internal organs over time. The drumming was vacuum-tight and persistently neck-snapping, and there were enough savage growls in the music to please most ardent death metal fans.

But the vocals were quite varied, with Ozzie-esque singing, caustic screams, lycanthropic howls, and strangled gagging tones in the mix (sometimes all in the same song). The songs also encompassed a lot of variation, which included more mid-paced, more chilling, and more hallucinatory experiences, as well as doses of quasi-industrial brutalization, bluesy stoner stylings, bleak and bruising ministrations, and a lot more.

This new song, “Infinite Wave“, is a sci-fi-themed track about surfing on some distant and dangerous planet. It’s a rumbling, skull-battering, gut-gouging juggernaut. Moving at high speed, the song delivers maniacal riffing that’s both clobbering and seething, blaring and screeching, and the vocals are equally variable, moving from savage growls to ardent singing and throat-slitting shrieks. Wailing, freaked-out soloing pushes the song even further into the red zone, and the constantly changing drumwork is lights-out.

It’s a vicious mauler, but a head-moving (and head-spinning) one too. Check it out:

“Infinite Wave” is available for download here as a single. The band say:

“Stay tuned to GorillaWizard.net for info on the upcoming EP and be sure to follow Gorilla Wizard on Bandcamp and social media for the most up-to-date info on when you can get your hands on the Cauldron Concoction hot sauce!”