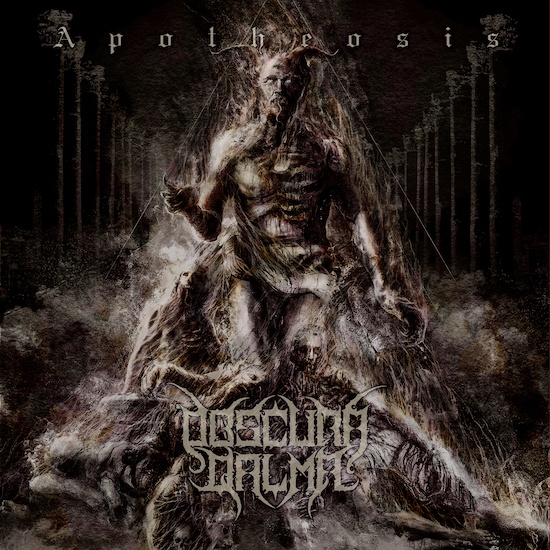 On November 14th, Rising Nemesis Records will release Apotheosis, the debut album of the Venetian extreme metal band Obscura Qalma, a record that provides the follow-up to their 2019 EP, Sheol to the Apeiron. Creating what the band describe as “blackened heavily orchestrated death metal”, they have drawn influence from the likes of Behemoth and Septicflesh, Death and Dissection, Hypocrisy and classical music, and film-score composers such as Alexandre Desplat.

But the band’s influences and inspirations are not limited to musical ones. They have created elaborate hybrids of sound in service of philosophical investigations that are equally elaborate. As the band explain: “”Inspired by Friedrich Nietzsche and Sigmund Freud, as well as by contemporary figures such as Massimo Recalcati and James Owen Weatherall, Apotheosis (from the Greek meaning, “To Deify”) explores human existence in an epistemological solipsistic view. Elevated to divine status, from a higher point we can look at the external world as an unresolvable question rather than actually false.”

One single from the album has surfaced so far, and today we present a second one — “Awaken A Shrine To Oblivion” — which happens to be the track that closes Apotheosis. It manages to be both elaborately theatrical and chillingly unearthly, both futuristic and primeval, and it strikes with immense power. 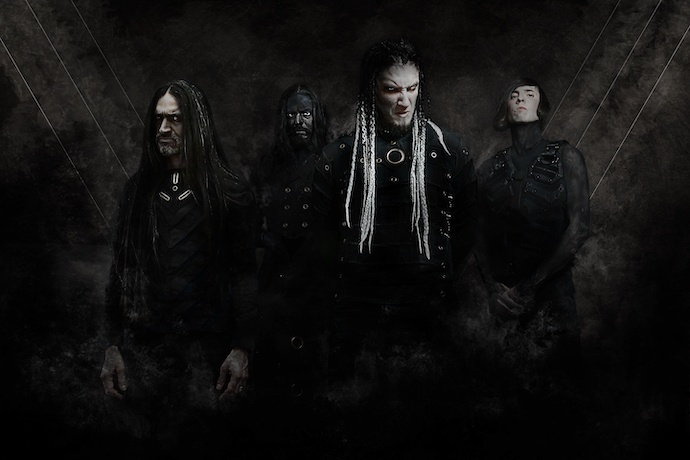 The song’s overture begins with the vibrant pulse of darting electronica, joined by head-moving beats, shimmering mists, and jolting eruptions. And with that attention-grabbing introduction, the song becomes a swarming and seething mass of guitar hostility and vocal savagery, but also soars in displays of celestial symphonic grandeur.

Ever extravagant, the vocals rabidly howl, cry out in extremity, and fervently chant. The riffing jitters and jerks, swirls and seethes, backed by turbulent drumming and thunderous low-frequency booms. The music builds to even greater heights of intensity, the synths seeming to capture visions of skies blazing with fire, and the guitars wailing in delirium. It’s all breathtaking….

Further release info can be found via the links below, and we’re also including a stream of the first-released single, the incendiary, bombastic, and exotically baroque “Gemini“, which features transfixing guitar solos in addition to a host of other overpowering magisterial and marauding sensations.

No Responses to “AN NCS PREMIERE: OBSCURA QALMA — “AWAKEN A SHRINE TO OBLIVION””