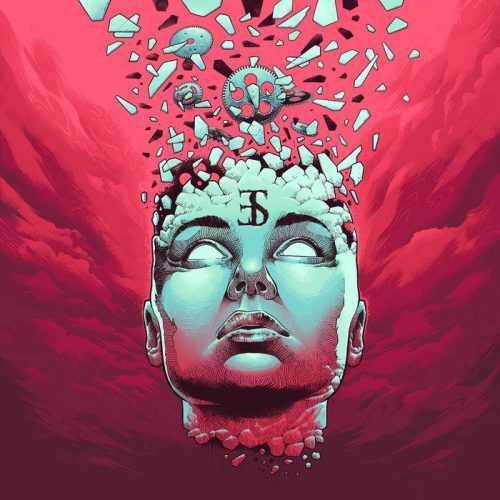 (Andy Synn has followed the UK’s Employed to Serve through thick and thin over the years, so we knew he was the only choice to take on their upcoming new album, Conquering, set for release this Friday)

There’s a certain misconception that Metal/Hardcore fans don’t actually like it when the bands they love become successful.

And while I can understand where this misapprehension came from (there’s definitely a small but obnoxious cadre of loudmouths out there who act like this) the truth, as always, is much more nuanced.

It’s not that we don’t like bands becoming successful… it’s just that we’re tired of bands changing their identity, dumbing own their intelligence, and – yes, I’ll say it – selling out, in order to fit into whatever mass-produced, pre-packaged mould that the mainstream seems to think denotes “success”.

The caveat to this, of course, is that when a band manages to be successful on their own terms, doing what they want to do, rather than what others think they should do, we often love them even more, because they’ve shown that you don’t have to give up who you are in order to be make it “big”.

And, let me tell you now, Employed to Serve are exactly that sort of band, and while their new album looks set to raise their profile to a whole new level, they don’t seem to have had to sacrifice one iota of their intensity or integrity – or their core identity – in order to get there. 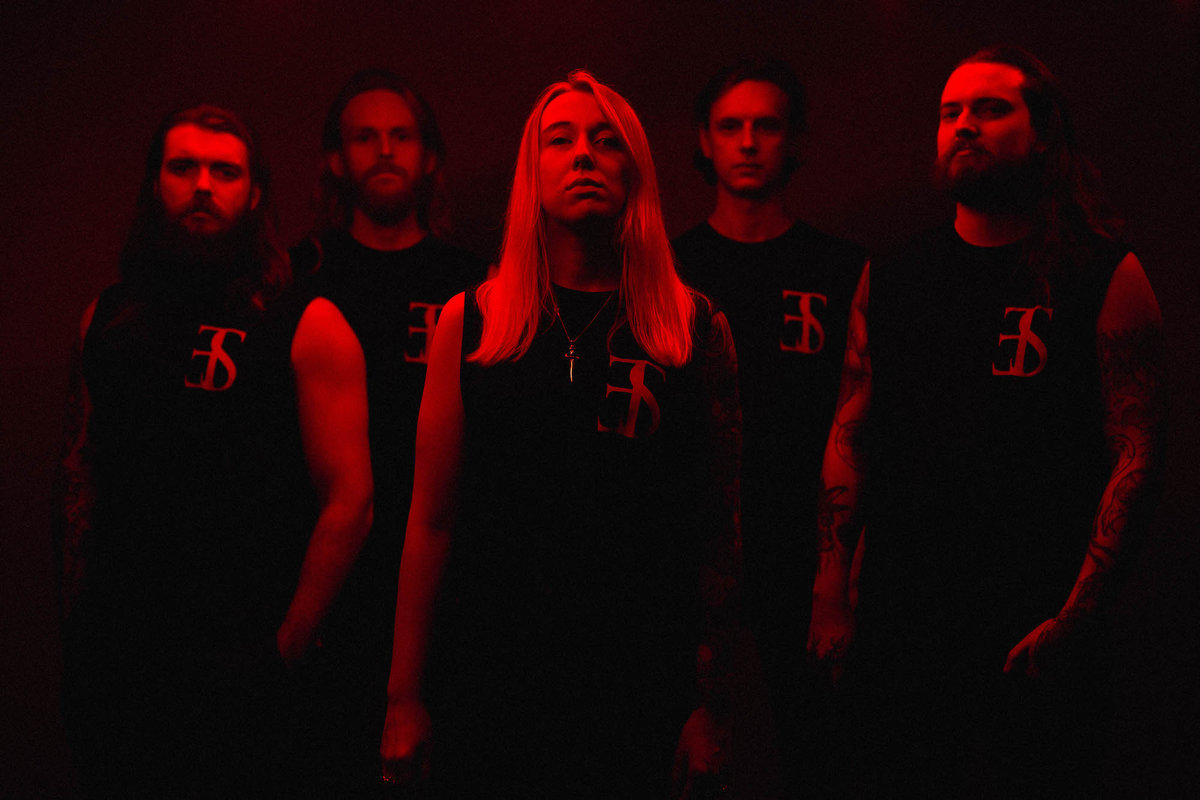 If anything, the potential mass-appeal of Conquering is a direct result of the fact that it’s not ashamed to be a Metal album, nor is it afraid to wear its influences on its sleeve, to the extent that it actually serves as a potent reminder – without falling into the trap of being a full-on nostalgia trip – of how many great and era-defining artists/albums have made their mark on the world, and on Employed to Serve in particular, over the past few decades.

Both “Set In Stone” and “The Conquering”, for example (the latter of which might just be the best track on the album, though it faces some stiff competition in that regard, not least from instant-classic opener “Universal Chokehold”) feature some serious Burn My Eyes and/or …Ashes of Empires era Machine Head vibes, while a number of different tracks (including early standout “Twist the Blade”) definitely, and defiantly, channel the reckless spirit of early Slipknot (you know, from before they became a hackneyed parody of themselves).

Then there’s “Sun Up to Sun Down”, which combines the edgy aggro of late 90s Nu-Hardcore (a reference which will make more sense later) with the booming bounce of Roots-era Sepultura, and the massive grooves and instantly infectious melodies of the Crowbar-esque “Mark of the Grave”, a song so deliciously catchy (and moreishly crunchy) that the band would have been stupid not to have put it out as a single.

Of course this decision to lean even more into their formative inspirations doesn’t always work in their favour – the blatant Lamb of God worship of “We Don’t Need You” rings a little hollow, and is probably the one song that could/should have been cut – but when it does (such as during high-impact, hook-laden lead-single “Exist”) it reminds me most of all of legendary Metallic Hardcore crew Earth Crisis, especially their late 90s Breed the Killers/Slither phase (see, I told you that reference would make sense in the end) when they, in turn, drew upon all their various Nu-, Thrash, and Groove influences to create something which, like it or not, didn’t sound quite like anybody else at the time.

Which, in their own way, is exactly what Employed to Serve have done here.

Of course, it helps that pretty much the entire band seem to be performing on a whole new level, in one way or another, this time around, with new drummer Casey McHale quickly putting the listener on notice that he’s not fucking around (seriously, that boy can play), while Sammy Unwin and David Porter repeatedly demonstrate that they’re a two-guitar tag-team to be reckoned with, deploying a veritable armoury of neck-wrecking riffs, head-banging grooves and ear-grabbing melodies across the course of the album’s eleven songs.

And while at first it actually seems like the vocals haven’t made the same leap as the rest of the instruments – which, to be clear, is no slight on frontwoman Justine Jones, who remains the same ferocious firebrand she’s always been behind the mic – one thing you should notice, if you’re paying attention, is that the band have clearly put a lot more work into the dynamic of the vocal arrangements on Conquering, and spent a lot more time playing around with the trade-off between Justine’s feral snarl and Sammy’s guttural growl, as well as the juxtaposition between harsh and clean vocals, to increasingly impressive (and impressively catchy) effect.

With all that in mind then, I suppose the million dollar question (that’s a little over £722,000 in real money, FYI) is whether or not this is the best Employed to Serve album yet, isn’t it?

Well, I’m afraid there’s no easy answer to that. After all, The Warmth of a Dying Sun is probably still their best from a purely “artistic” point of view – it’s a little more awkward and strange, sounding like a band who haven’t quite yet figured out exactly who/what they want to be but, as a result, also don’t know what they’re not supposed to do either, which gives the whole record a wonderful sense of creative freedom – but Conquering undoubtedly has better, more bombastic songwriting, as well as a sense of unshakeable confidence that practically guarantees it’s going to be a major success, critics and haters be damned.

Quite honestly, I feel like Metal has been in need of a new, all-conquering, mainstream-straddling colossus for a while now – one that’s not ashamed to actually be a Metal band, and that isn’t just going to keep trying to sell you an incrementally more diluted version of itself year after year – and, with Conquering it seems to me like it’s finally Employed to Serve‘s time to, well… conquer.