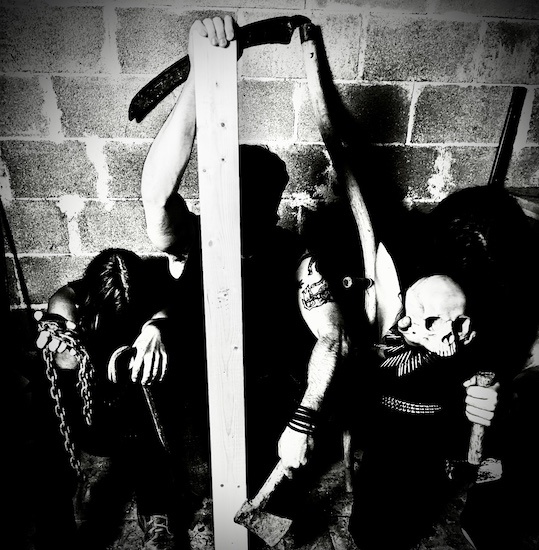 A month ago we came across the title track to a debut record named Crude Implements by the Virginia “black ‘n’ roll” band Plaguefever, and we wasted no time blaring words about it, describing it as “a song that begins as a lurching, moaning death metal monstrosity and segues into a diabolical carnival of sinister swirling fretwork, scalding blackened howls, and skull-busting stomps. A fantastic debut by these Virginians….”

Having had our attention seized by that first excerpt from the album, we were thrilled by the chance to present a second track in advance of its digital release on October 14th and its limited vinyl release on October 29th via Elvte Kvlt Recvrds. This new song, “Cage Of Gods“, is more than twice as long as the title track. If “Crude Implements” was the band swiftly seizing you by the neck with primeval talons, “Cage of Gods” is the raptor spreading its wings and carrying you away to your demise. 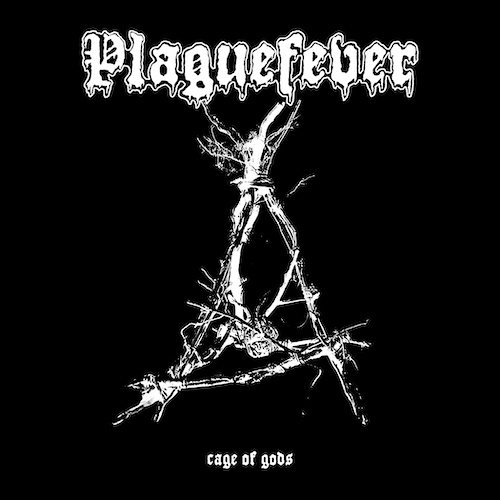 The feeling of the dirty-toned opening riff is both dismal and distraught, and becomes even more harrowing when a second guitar joins in after a mind-raking pick-slide, accompanied by a bowel-loosening bass line, pulverizing drum blows, and bestially malevolent vocals. The music heaves and hammers, and seethes with sounds of cruelty and hopelessness.

When the rhythm shifts to a feral rocking gait, the riffing pulses with livid savagery and the vocals seem to grow even more violently unhinged. It’s a massively head-moving sequence, but a wailing, reptilian guitar solo also creates an atmosphere of sinister and supernatural peril.

The song’s sensations don’t end there. After an ominous bridge, the music ascends on the bat-wings of brazen, head-hooking riffage and fiery guitar soloing to heights of diabolical grandeur — still propelled by body-moving rhythms. But there’s still more — because Plaguefever give the song a swaggering and ecstatically vicious finale.

You put these first two songs together, and they reveal the talents of a band who know the way to your reptile brain, capable of provoking a visceral, physical response while burying hook-filled riffs and rhythms into your skull and simultaneously creating atmospheres of blood-freezing menace and spine-tingling mayhem. There’s a feral, borderline-primitive ferocity in the hard-rocking music, which harkens back to black metal’s first wave, coupled with a knack for songwriting that gets these infernal creations stuck in your head.

So put Plaguefever squarely on your radar screen. They’re onto something frighteningly formidable. 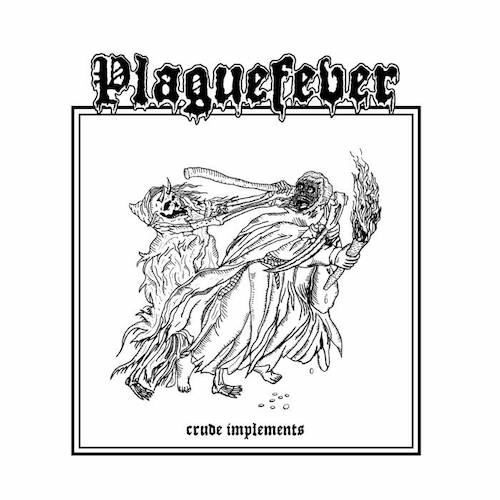 Crude Implements was recorded and mixed by Yavé Rust, and it was mastered by Joel Grind (Toxic Holocaust). As mentioned, Elvte Kvlt Recvrds will release it digitally and on 180-gram vinyl. The links below give you pre-order opportunities, and be sure to check out the album’s previously released title track below as well. 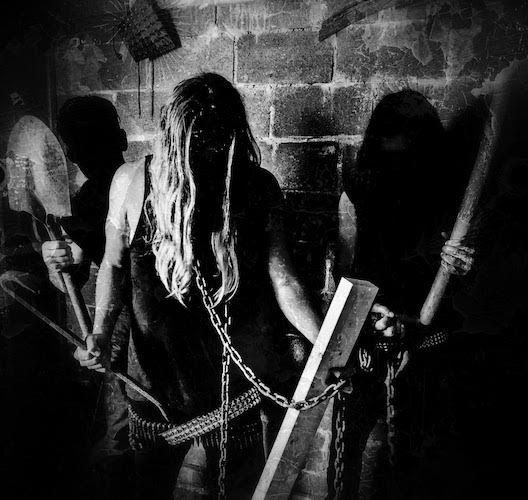