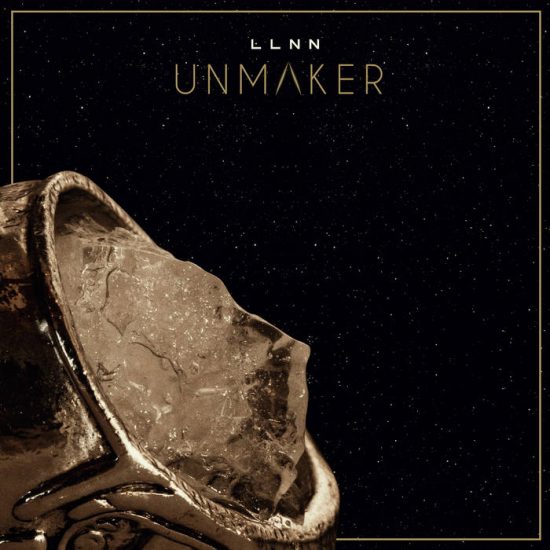 (Todd Manning reviews the third album by Copenhagen’s LLNN, which will be released via Pelagic Records on September 24th.)

Seems like not so long ago “Neur-Isis” was the hottest sub-genre in Metal. It saw vicious Sludge Metal re-purposed into a widespread and cinematic apocalyptic feel, and there were also heaping servings of Post-Rock to set the mood. While Neurosis and Isis put out some of the most fascinating and important Metal albums in recent memory, their legions of imitators did not fair so well.

The aforementioned Post-Rock sections so skillfully employed by those two bands became an overwhelming obsession for many of the imitators and eventually the music lost much of its visceral impact. While Copenhagen’s LLNN certainly fall under the “Neur-Isis” umbrella, they understand that heaviness is the top priority. Their latest full-length, Unmaker, is both epic and crushing. 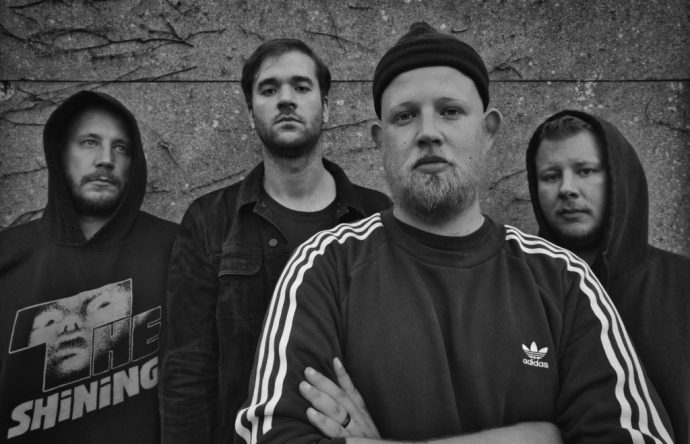 Album opener “Imperial” displays just how devastating the group can be. While the mood is unmistakable, LLNN step out from under the shadow of their influences to achieve their sound by incorporating a broader metallic palette. Godflesh might just be at the forefront of those outside influences. The riffs are hypnotic but also possess an unpredictable syncopated feel, not really djent, but some distant Sludge-ridden cousin of the genre. Yet, like Neurosis and Isis, the scope of the song is vast and almost meditative.

Another vital element in the band’s sound is the synth work of Ketil G. Sejersen. Often times, the synthesizers broaden the scope of the material, evoking vast eschatological landscapes. On “Obsidian”, for instance, they become the focal point during the verses, yet when the guitars join in for the chorus, the blending of the two elements remains viciously heavy. At other times, Sejersen combines his keys with more industrial sounds generated by machines and field recordings. This only adds to the bleakness.

LLNN are not without some more subdued moments. “Vakuum” consists of menacing dark ambient sounds, while “Interloper” dives more into Post-Rock aesthetics. While some bands dwell in the calm too long, LLNN know to give the listener only the shortest of reprieves from the sonic bludgeoning. Even “Interloper” finds it’s way to an insanely heavy chugging-riff, possibly the most crushing moment on the entire record.

Despite the number of elements present on Unmaker, the album contains an internal consistency, generating end-time visions throughout. “Forger” combines the pounding metal objects with scythe-like guitar work that sounds like nuclear bombs cleansing the planet’s surface. When the assault eases back it’s like watching mushroom clouds from space.  At over six minutes, “Tethers” is the most epic song on the album and combines Post-Rock ambience and rabid attacks of guitar to finish off what’s left of humanity. It is a worthy conclusion to the album’s armageddon. “Resurrection” ends the album with a mournful piece of Post-Rock, like a final transmission from a dead civilization.

While it’s clear what tradition LLNN’s lineage derives from, they nevertheless are very much their own band. Others would do well to take lessons from them, not in imitation but in sonic risk-taking. Perhaps the group can revive the once flourishing genre, perhaps not, but either way Unmaker is a great record and should not be ignored.

One Response to “LLNN: “UNMAKER””