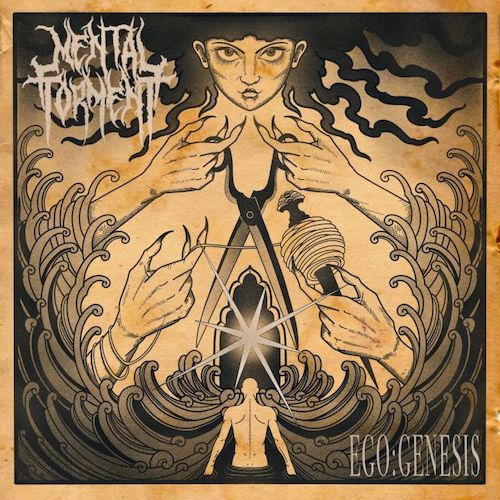 In late August of this year we published an interview by our Russian colleague Comrade Aleks with members of the Ukrainian doom/death metal band Mental Torment. The focus of the interview was the band’s forthcoming second album, ego:genesis, which will be released on September 29th by Metallurg Music. As described in the interview, the album unfolds as a story, with each song as a chapter. And as the press materials further explain, it represents “the attempt to explore that depth of despair and horror that inexorably approaches us every day closer and closer – no one can escape death. But at the same time, it is also a search for answers that can help to accept the inevitability of the outcome of earthly existence”.

In creating this musical narrative the band employed elements of classical doom and death metal, but didn’t confine themselves to those. As related in the interview: “The main approach is that almost all our songs do not have typical verse-chorus-verse-chorus structure. Each song has its own beginning and its own end. This time, we tried to mix classic Doom Metal with nearest genres as well as unrelated modern ones.” The songwriting approach used what was necessary to tell the tale: “Because it’s really similar to real life. Nothing is linear. The whole human path is a set of uphills and downhills.”

These insights ring true when you hear the crushing but beautiful song we’re premiering today, a track named “Conclusion” — though it’s not the one that ends the album. Although no two songs on the album are exactly in the same musical vein, this one should especially appeal to lovers of funeral doom. 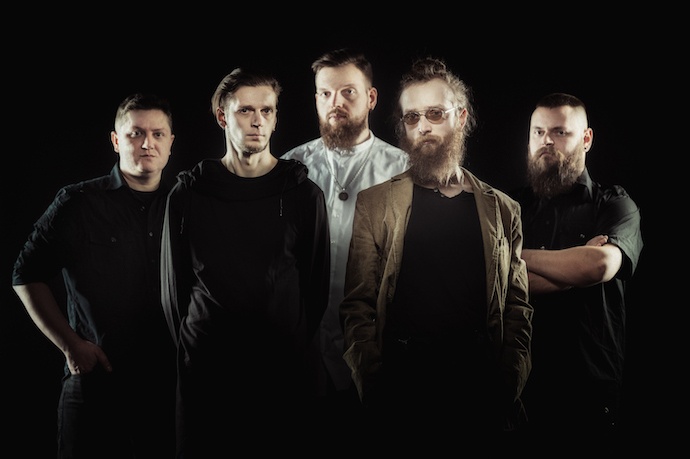 The shimmer of synths and the dreamy meandering of a piano create an entrancing introduction to the song — which suddenly becomes massively heavier through granite riffs and gargantuan growls. The drums slug with jaw-breaking impact and the serrated chords jolt and pound. High above the earth-quaking rhythms an amalgam of sweeping, fevered sounds radiate feelings of inner turmoil and pain. The growled vocals are indeed cold and cavernous, yet they too contribute to the emotional turbulence of the song.

At times, the titanic plundering of the music abates, allowing gloomy guitars and glimmering keys to portray sorrow in more mesmerizing but no less heart-breaking fashion, paving the way toward an extended solo that moans and wails, but also enthralls. The music builds in power again, pounding and screaming, with another solo lifting the song to a crescendo of stricken intensity.

The cited interview provides more insights into the album and the band’s history. The album will be released on CD, with an 8-page booklet that includes illustrations connected to the record’s story.