Путь / Put’ translates as “Path” from the Russian, and despite having all their releases’ titles as well as texts written in Cyrillic, this band has found followers abroad and keep on getting positive feedback from fans of black metal. Formed in Pskov about eight years ago, Put’ went through a whole transformation from a one-man project to a full-size band who refuse to sit calmly and instead do their best in composing and recording new music as well as touring.

The band is known because (their label’s efforts!) of the noticeable Russian flavor they’ve managed to create with the full-length album Pesni Smerti / Песни Смерти / Songs of Death (2018) and smaller releases including the latest EP Judol’ Skorbi / ЮдольСкорби / Vale of Sorrow. Oh, and don’t forget there’s a real Nazgul king who performs vocals on their gigs and they have a real accordion player in the lineup!

Actually it’s good to see when bands do care about their image. And if you wonder what Put’ sing about, then you can check the EP’s lyrics on Bandcamp or Metal-Archives — the band have put English translation there. Usually their texts are poetic reflections of all things grim and macabre, and for example there’s the song ‘Palesmurtian Pasture’ dealing with the folklore of the Udmurt people.

Constant NCS followers know this band well, but we always do our best to dig out more for you. It took some time, but now we have it – an interview with the band’s founder Dmitry Yakovlev.

Hi Dmitry! How are you? How do you spend quarantine in Pskov?

Hello, quarantine is quite a hindrance to the development of the group. Important projects and concerts are postponed, for example a tour of Europe or large summer festivals. On the other hand, there is a lot of free time to go about your business. Pskov is a quiet, provincial town, it’s not rich in entertainment, it is good to read books, relax in nature. So we are busy in rare free moments.

You have managed to play a few gigs in late 2020. How did it happen? How was everything organized?

We not only played actively at the end of 2020, but also toured Russia in the spring of 2021. The quarantine restrictions were eased slightly during this period, so there were no problems with the organization of concerts. In the regions, they are generally quite calm about the pandemic. Perhaps we don’t gather a large enough crowd on our shows yet for the authorities to pay attention to it. 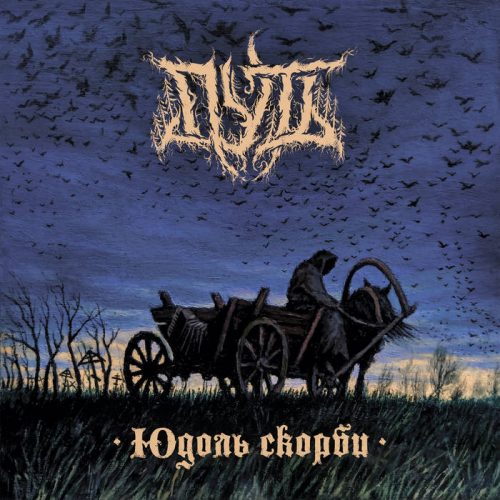 Despite all the odds and two depressive singles released to celebrate the world’s end, you’ve finished the EP The Vale Of Sorrow in late 2020. How did you work on this material? Was it written under pandemic influences or is it just the same Path you strode on the Songs of Death album?

We write musical material according to the already worked out and convenient scheme for all participants, trying not to go off the beaten PATH. The Vale of Sorrow is a direct continuation of the ideas of Songs of Death; I would say it’s a single great work. The Vale logically completes the main message of both albums, adhering to the same meaning in lyrics and sound in music.

Did you record this material at a real studio or at home? How important is this factor for you? Can you say there’s a sort of professional ethic in the band?

We record almost all of the material in our own studio. The drums are recorded separately in the studio of our friends Deaf Enough in St. Petersburg. We work to ensure that this part of the process takes place with us, since working with our own equipment in a comfortable environment has a fruitful effect on the result. We like to work without haste, reinterpreting the recordings repeatedly. Each member of the group plays an important role, we respect each other and try to take on the tasks that we can solve. It’s like a professional relationship.

Dmitry you started Put’ as a solo project. Do you remain the main songwriter in the band or do your bandmates totally share your vision and ideas, so you can work organically all together in the name of death and entropy?

Yes, I write most of the music for the project and often everyone likes the resulting material, but sometimes there are controversial moments. In such cases, we recycle the part that needs attention together. Everyone’s opinion is discussed and accepted, and such a discussion can radically change the proposed material. In any case, the track won’t see the light of day until the band is unanimous, but it doesn’t often happen that we disagree.

Put’ and Ethir Anduin recorded a split-album back in 2016. And such collaborations seem to me a good sign of a healthy atmosphere in the underground. Do you feel yourself or Put’ as a part of a Russian black metal underground? Is there a kind of black metal brotherhood?

We strive to ensure that underground bands in Russia, close to us in genre, unite efforts to create projects that are interesting for the listener. However, it’s not easy. We are often faced with the toxic behavior of musicians, snobbery and excessive pride, and what is worse – indifference. Someone considers himself too successful for cooperation, someone is too tru blacker and doesn’t share our undertakings, someone is simply frankly lazy. Groups in Russia are disunited, they don’t cooperate much, and the same applies to the organization of concerts. It is much easier to agree with the musicians and the organizers in Europe rather than in the homeland. The situation is gradually changing, but too slowly. We, in turn, do not lose hope, we unite with those who are interested in this, and we are preparing an interesting split soon.

Can you name some bands which you feel are spiritually close to Put’?

Continuing the topic of the previous question, we single out those groups with which we have good relationships, those whom we know personally. The underground partnership is a very important factor for us. These include bands signed to our Depth of Void label, especially Ignis from Ekaterinburg. I would also like to mention Haze of Sunmer from Moscow, Ethir Anduin, and comrades who used to live in Pskov and then moved to St. Petersburg, they play in the Iskra and Vranac bands.

You determine the sound of Put’ as atmospheric or post-black metal. What kind of bands formed your vision of Put’?

We position ourselves as black with everything that can be. Now it is the atmospheric post-black, tomorrow it can be the darkness of black, then death black, it all depends on the mood and ideological feed. Knowing the Path and walking it is not the same thing (Morphius, the movie The Matrix). A human is a multifaceted and versatile being, so we will not limit ourselves in creativity, but black metal is in our veins forever!

And sorry – I can’t avoid a question about the accordion. How did Artem Mnatsakanyan appear in the band? And how do you usually measure how much of his parts you can add to your compositions?

While working on the material for the Songs of Death, I wanted to add a certain Russian flavor to the tracks, to make the sound richer and more recognizable. It so happened that from time to time Artem appeared along with the accordion at the rehearsal room. He wasn’t particularly fond of black metal, but was interested in creative development, and therefore agreed to rise. After hearing the combination of all the instruments, we realized it was a great idea and since then the accordion has remained an integral part of the band. The volume of the accordion sound in each specific track is determined intuitively. The material suggests itself where the tool will be appropriate, where the necessary weight will be given or emphasized in a meaningful part of the song; there are a pair of tracks where it is not present at all.

Depths of Void re-released Put’ full-length Songs of Death on vinyl, and there’s a bonus track ‘Cult 3- Ascension’. Was it recorded specially for this edition? Do you consider a vinyl edition as a kind of recognition for you before the underground scene?

We dreamed of vinyl from the very moment we started playing music. It is a landmark in the career of any musician, so we took this release very seriously. ‘Cult 3’ was composed and recorded specifically for vinyl, and it also completes the story told in the ‘Cult 1’ and ‘2’ songs, and therefore it must have appeared sooner or later. 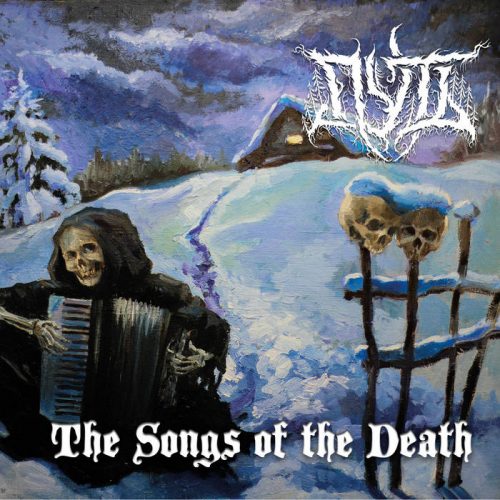 How notable was the feedback from abroad when Songs of Death was released? Did you make an effort to push and promote this album or did it happen without your active involvement?

Songs of Death had a great start on all music venues, especially on YouTube, where the album reached a million views. And it was amazing even for ourselves. We made absolutely no effort to promote, and the music itself found its listeners. Our material was accepted especially warmly abroad. If we often hear words with criticism or negative sentiments from our compatriots, then we receive only positive feedback from foreign listeners and the invitations to play in their countries. The European concerts organizers are also happy to respond to proposals for cooperation and to invite us to the festivals.

What are your plans for 2021? Did the Covid pandemic change your attitude towards music?

Covid put everyone into a kind of stupor, the music industry froze and we inevitably slowed down, but our plans are cyclopean. During the isolation we have prepared material for a new split and an album, which will be released soon. The rest of the year we are planning to hold in the studio as well as playing several large concerts in Moscow and St. Petersburg. Depending on the situation with Covid and borders in the winter, our first performance in Europe can take place. Also around the corner, another tour in Russia.