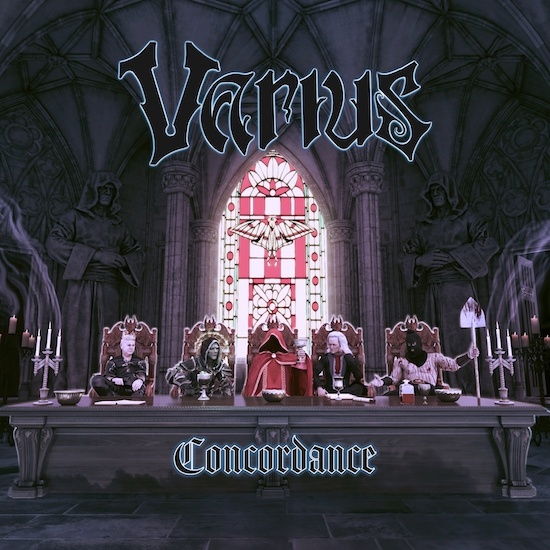 After releasing a debut demo (Red Messenger) in 2017 and a follow-up EP in 2019 (The Great Tribulation), the Canadian melodic death metal band Varius decided to really live the way their name sounds.

For their new EP Concordance (set for release on November 5th), diversity was the strategic goal. Each of the four tracks was primarily written by a different member of the band, and was then worked on by the band as a whole, lending a degree of consistency across the EP while also endeavoring to support the writer’s original vision. The result is that each track reveals different influences, including death metal, thrash, progressive, doom, and classic metal, augmented by some experimental twists.

What we have for you today is one of those four songs, and it’s full of dynamic surprises — a song that’s bombastic and brazen, savage and scintillating, mysterious and magnificent — and its name is “Concordance of the Legionfall“. 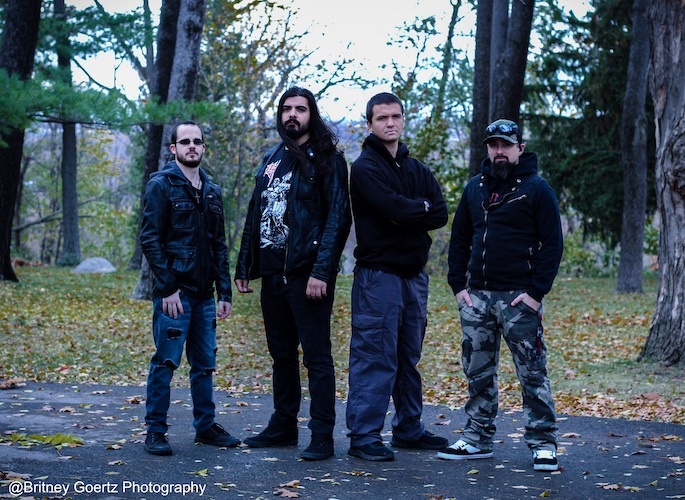 In its lyrical narrative and its inspirations, as the band explain, “the song describes themes of evil and black magic”. “The concept was to tell a story of powerful warlocks defeating legions of demons by using their dark powers to ‘fight fire with fire’. This fictional concept was influenced by the video game World of Warcraft, which some of us in the band are great fans of”.

In the song’s overture, sweeping symphonic waves cascade over hammering drums and scorching howls, but soon enough the music erupts in a flurry of darting and writhing riffage — only to suddenly switch into a sequence of bright, sprightly notes and syncopated beats, and then start-stop bursts of frenzied fretwork, pummeling percussion, and symphonic strings.

Sounds of orchestral grandeur and synth mystery rise above scintillating drum fusillades and heavy but lively bass lines, interspersed with further bursts of riffing frenzy and swirling arpeggios, as well as imperious growls and savage, strangled snarls — all of which leads to a crescendo in which all the component pieces come together in a magnificent finish in which a fleet-fingered solo brilliantly shines.

In addition to our own impressions, we’ll share more of the band’s comments about the track:

“This track dives back into traditional Varius territory with its chaotic but exciting structure. There are plenty of groovy riffs as well as several dynamic shifts and trippy moments. The guitar parts and vocals in particular shine on this song and keep the listener occupied as the track goes through its many movements. There are tinges of black and death metal in this track, with progressive twists and psychedelic-sounding transitions. The song concludes as it began, with raging guitar sweeps and brutal vocals.”

Concordance was engineered, mixed, and mastered by Eddie Lucciola of 414 Recordings. It comes recommended for fans of Dethklok, Death, Children of Bodom, Hypocrisy, and Lamb of God. It will be available on Bandcamp, Spotify, iTunes, Amazon, and most other digital music outlets.