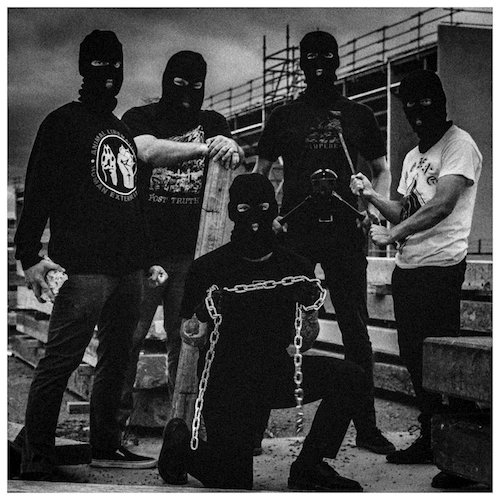 The chain-wielding, blunt-instrument-bearing, masked marauders in Bloodmouth are bent on inflicting audio carnage. This Aussie band includes members of Canberra’s Ploughshare, Mental Cavity, and IEXIST, and through Bloodmouth they discharged their fury through a pulverizing amalgam of ’90s grindcore and death metal that pays homage to the likes of Dying Fetus, Pig Destroyer, Nasum, and Arkangel.

The band’s debut release is a vile and violent 20-minute scourge named Unmanned. It will be fully uncaged by Brilliant Emperor Records on October 29, and today we’ve got one of its visceral assaults for you to check out, a track named “Copcrocalypse“. 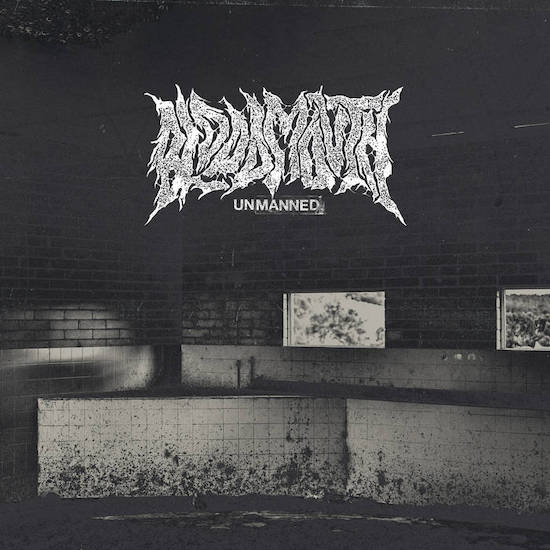 The song proceeds in two phases, both of them brutal, both of them radiating disgust, albeit in very different ways. At the outset Bloodmouth mount a vicious mauling attack, charging ahead with blasting and galloping drums and a roiling frenzy of toxic riffage and hurtling bass lines. The vocals are raw, braying, and enraged. In the second phase, the pace drops to a dismal crawl. The chords moan and crackle with disease; the beats methodically clobber and clang; and the vocals seem to gag with loathing. It’s a bleak and bruising experience, capped by eerie flickering tones that feed into feedback.

Today’s premiere is the second one from Unmanned. Below, we’ve included the video for the other one, the battering and boiling “Spoiled Gaze“, which premiered at Cvlt Nation. This song doesn’t like you either.

The record was recorded by Max Napier, mixed by Max Napier and Julian Ingall, and mastered by MR. It’s available from Brilliant Emperor on vinyl, cassette tape, and digital formats.