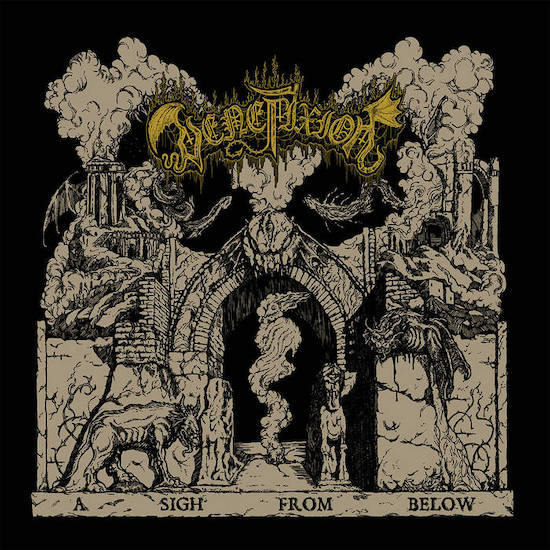 After a trio of short releases, the ravishing French death metal band Venefixion have at last prepared a debut full-length that’s set for an imminent October 1 release by Iron Bonehead Productions. Curiously entitled A Sigh From Below, the only sighs it’s likely to produce are breaths of wonder at how explosive and exhilarating the music is.

With the exception of an ominous and eerie intro track in which distorted voices roar and howl through an increasingly cacophonous maelstrom, and an otherworldly, chiming and swirling instrumental interlude (“Subterranean Deathspell”) that creates an atmosphere of gloomy gothic horror, what stands out first and foremost about the album is the feeling of brazen and blazing haughtiness that the music generates — as well as the band’s formidable talent for melding sensations of grim defiance, violent ecstasy, and sinister supernatural downfall. 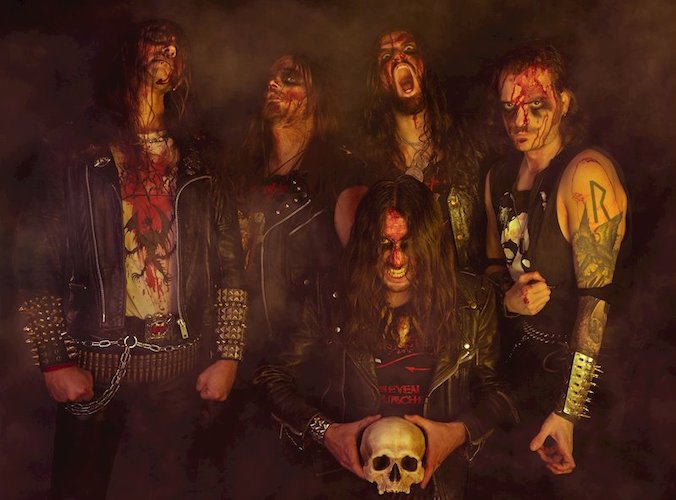 A powerhouse production makes the album sound like a giant engine of evil, clear and cutting when it needs to be but also bone-smashing in the force of its attack. The songs mainly surge at turbocharged speeds that kick adrenaline levels through the roof. The music rampages on the back of rapidly changing drum patterns performed with high energy and impressive athleticism, fueled by jolting and writhing riffage that creates an atmosphere of barbarous mayhem. Equally barbarous are the utterly malevolent vocals whose savage growls are hate-filled and ravenous.

In almost every song there’s a point at which the wildness reaches a pinnacle, thanks to screaming, swooping, and diving guitar solos that explode with nova-like heat — though within slower movements (and yes, the pacing does vary) the band also use the solos to create intrusions of the supernatural, wailing like stricken ghosts and oozing morbid misery along with moaning chords and slithering leads. 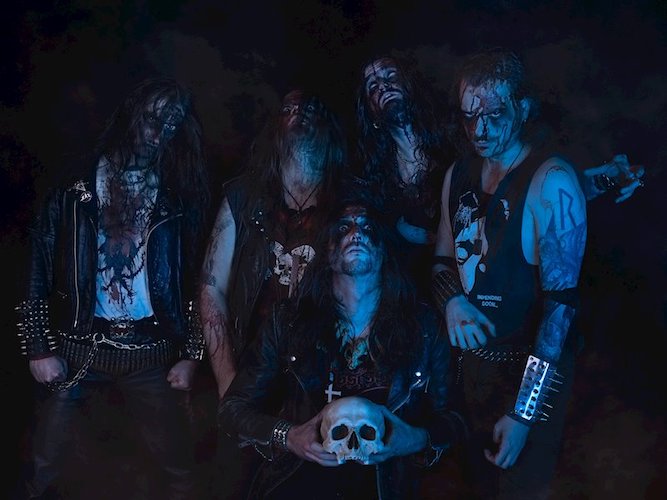 There’s enough galloping and blasting madness in the album to light bonfires under your nerves, discharging bursts of thrashing and diabolically darting fretwork and cavorting rhythms, but the band don’t stint on the grooves, which will chop at your neck like a spring-loaded ax. As mentioned at the outset, Venefixion also embellish the songs with chords that go off like start-stop blasts of infernal grandeur, making the music sound haughty and imperious as well as ferociously demented.

You really can’t go wrong with any of the album tracks, but “As Light Goes Astray” might stand out as the most diverse. It’s both the album’s longest track and the one chosen to end the record. At first it’s mid-paced and menacing, like a great stalking horned beast, but glorified by head-spinning soloing and chaotic riff swarms and slashes. Eventually the band spur the music into a berserk assault, but when it slows again, you get the only taste on the album of wild sky-high singing, whose extravagant wails and cries are just as electrifying as the savagery of the growls and howls. And ultimately the song proceeds like a towering death march of cruel and crushing eminence.

And with that preview, we proudly present a full stream of the album:

Iron Bonehead will release A Sigh From Below on CD and vinyl LP formats.

One Response to “AN NCS ALBUM PREMIERE (AND A REVIEW): VENEFIXION — “A SIGH FROM BELOW””