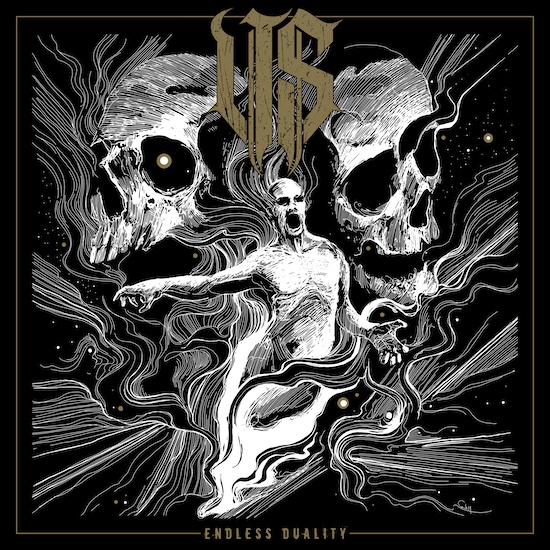 This is one of those times when we feel compelled to offer some words of warning. Before you listen to the song we’re about to premiere, you’d be best advised to lash yourself to something solid, don a crash helmet, and have some supplemental oxygen handy. The name of the song is “The World Eater“, and it does indeed sound like it’s doing its best to devour the world.

The band responsible for this breathtaking musical mayhem is Versus, a part-Swiss, part-French group formed in 2013 around Geneva. They introduce themselves this way: 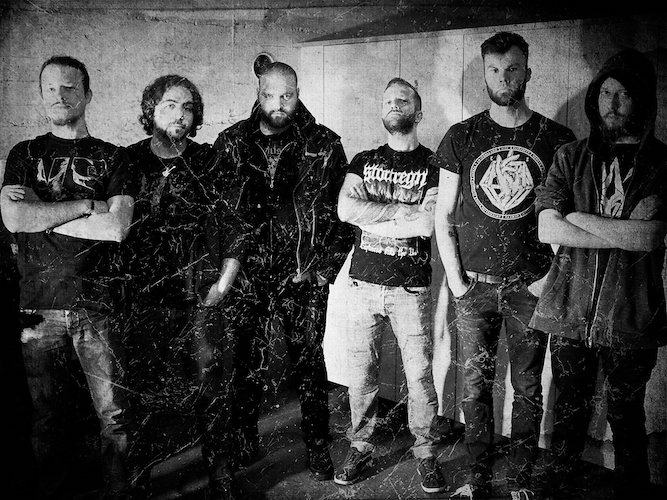 “Versus is a Brutal Hardcore Punk band composed of musicians from various musical backgrounds that have one thing in common: the love for savage music. As our name suggests, our music and lyrics revolve around the concept of duality and confrontation. We oppose hardcore screams and death metal growls, punk and extreme metal riffs, d-beat and blast beat… Even though our influences are very diverse, ranging from punk rock to the most brutal forms of metal, the US hardcore productions, notably Deathwish, are certainly a great inspiration for us today”.

Versus released a first EP in 2015, and after a lot of gigs around the Geneva scene and several line-up changes, they’re now eager to present their first album, Endless Duality. That album is the source of the song we’re premiering today, along with 9 other explosive tracks.

Consistent with the band’s name and concept, “The World Eater” does indeed sound like a war between hardcore punk and extreme metal, and we’re all caught in the crossfire. The drumming delivers a forceful and varied battering as the riffing burns in a scalding fury and the bass gouges at the listener’s guts. The guitars roil and writhe, blare and blaze, scream and spasm, jitter and jolt, creating an exhilarating eruption of hyperventilating violence — though there does come a time near the end when the crazed, blast-furnace intensity diminishes and the music falls into an staggering lurch and then devolves into a grim and abrasive cacophony.

Not to be outdone by the instrumental madness, the vocals are utterly unchained, ejecting the lyrics in a fusillade of furious bestial roars, throat-ripping screams, and livid cries. As much adrenaline went into the vocals as the music, and that’s saying something. Consider our advice, and then press play below:

Endless Duality was recorded and mixed by Versus guitarist Cyril Cailliez, and it was mastered by the masterful Brad Boatright of Audiosiege. It will be released in a variety of formats on November 20th — in a digipak CD edition by Anesthetize Productions and Black Veil Production; in a vinyl edition by Urgence Disk, Abyssal Cult, and Necktwister; and digitally. Credit for the cover art goes to Misanthropic Art.