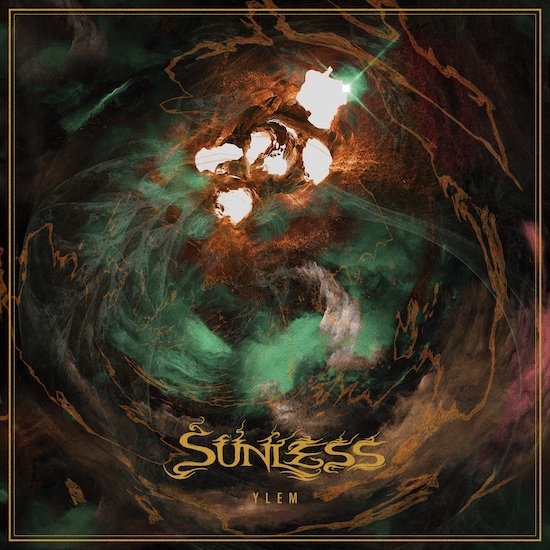 As the song we’re premiering today abundantly demonstrates, Minnesota-based Sunless have mastered an unusual art form — the creation of intricate riffs and rhythms that are not conventionally melodic or predictable, and indeed are suggestive of chaos and madness, and yet still get quickly stuck in the head. This isn’t to say they’re the only band out there who have exhibited such mastery in making unnerving sounds seductive, but it’s definitely not a big crowd.

Today’s premiere, “Ascended Forms“, comes from the band’s new album Ylem, which will be released on October 29 via Willowtip Records. It follows their 2017 debut full-length Uracca, which we summed up as a record that delivers “an impressive variety of Gorguts-ian, dissonance-heavy technical death metal — an astonishingly well-composed, well-executed album that is frantic and terrifying in its sonic panic… a must-hear this year”.

Ylem functions as Part Two of a trilogy that Uracca began, and it’s even more fascinating than its predecessor — which is saying something. 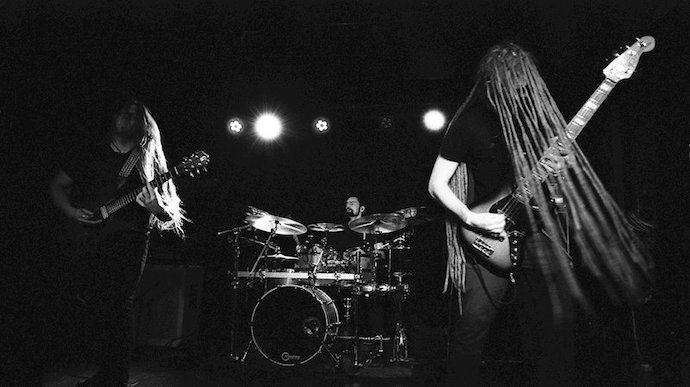 Thematically, Ylem builds upon the concept and lyrical theme of Urraca by reinforcing the mysticism of the previous album while exploring new themes of displacement, fear, wonder, and transcendence. Musically, the new album features the addition of a new drummer since Ylem, and an evolving approach to songwriting, which is well-represented by the song we’re presenting today.

“Ascended Forms” is packed with rapidly mutating riffs and guitar motifs (for want of a better word), generating a dangerous yet enthralling tapestry of tones that blare, wail, quiver, moan, jitter, peal like mutated bells, and boil like fevers. Dissonance plays a prominent role in the tenor of these tones, adding to the sense of lunacy and delirium. And yet, as forecast above, despite the manifold contortions in the music (and the vocalist’s raw, scorching howls), it becomes mesmerizing and memorable.

The work of the rhythm section provides an immaculate partnership with the guitars. Their performances are equally inventive and variable, beautifully executed, and equally effective in getting their hooks in the listener’s head despite all the changes. And while there’s plenty of top-shelf technical skill on display, the multi-faceted rhythmic patterns don’t overwhelm the song but instead work in harness with everything else.

Ylem was engineered by Adam Tucker at Signaturetone Recording in Minneapolis, MN, and it was mixed and mastered by Colin Marston at Menegroth, The Thousand Caves Studio in Queens, NY. Credit for the album concept, lyrics, art, and design goes to Andrew Notsch (Hollowdusk) in New York, NY.

The album is available for pre-order now, and if you need more convincing, we’ve included streams of two previously released tracks from the album — “Forgotten (Remnants of Life)” and “The Unraveling of Arcane Past“.

No Responses to “AN NCS PREMIERE: SUNLESS — “ASCENDED FORMS””