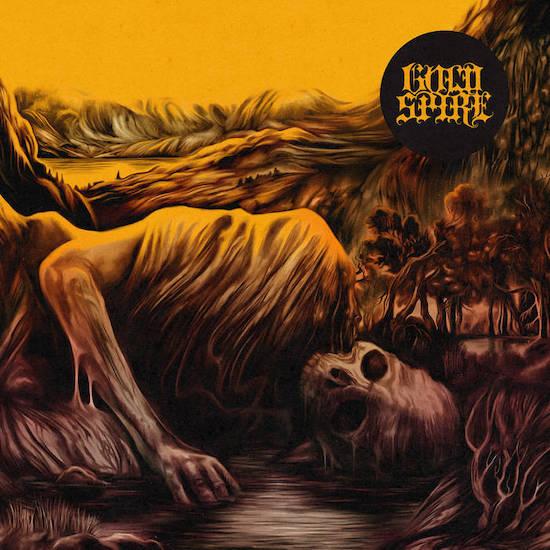 “Genre-bending” and “genre defying” are overworked phrases, and often misused in ways that exaggerate the extent to which bands bring differing genre ingredients into play. But those phrases are absolutely on-point in considering the wondrous music of the Swedish band Gold Spire.

The tale of the band points the way to the tales of the songs on their self-titled debut album, which will be released by Chaos Records on November 5th. Gold Spire was formed in 2019 in Uppsala by the brothers Erik and Påhl Sundström following the demise of Påhl‘s former band Usurpress. Functioning as co-producer and session drummer for Usurpress, Erik worked closely with Påhl on what came to be that band’s last album, 2018’s Interregnum.

We’re told that the ideas which were created during these sessions, together with the general focus on storytelling rather than genre considerations, formed the basis on which Gold Spire was born. And in keeping with those ideas, the brothers then enlisted musicians outside of the traditional metal spectrum: jazz saxophonist extraordinaire Magnus Kjellstrand and progressive rock bassist Petter Broman. They completed the circle by bringing in veteran death metal vocalist Heval Bozarslan (Sarcasm, Third Storm). 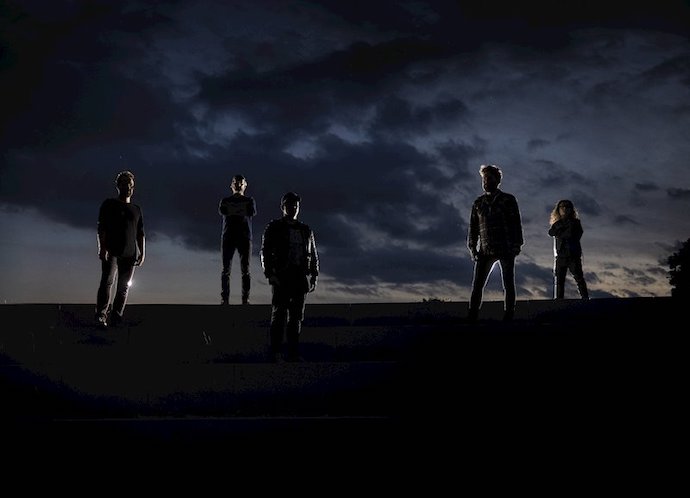 Guitarist Påhl has explained their creative process this way: “We wanted to not only push the envelope for the death metal genre but also to expand our own understanding of how different musical experiences and preconceptions can be merged to create a cohesive common ground. The main focal point here is not genre, or individual performances, or instrumentation – those are just vehicles – but rather the overall theme and narrative.”

We have a great example of this approach in the song we’re premiering today, “Skull Choirs“.

The video that accompanies the song makes extensive use of the album’s striking cover art by Påhl Sundström, which turns out to be a very evocative of the track’s extravagant sounds and changing moods. With the exception of an extended instrumental interlude, the low end is mountainous in its heaviness. Particularly at the beginning and the end, the bass-and-drum upheaval is earthshaking, like the geologic events that caused those mountains to rise, or in our time like a spine-shaking thunderstorm. The violence of such events is further channeled through waves of dense, dark riffing.

But especially as the rhythm and the timbre of the riffing change, the music connects with that fallen corpse on the cover, and with the tiny isolated figure on the lakeshore, creating near-panoramic sounds of wailing loneliness, melancholy, and despair — made more wrenching by the scarring attack of barbed-wire vocals. The rhythm section still sound heavy enough to quiver the marrow in your bones, but now their thunder triggers reflexive movement. 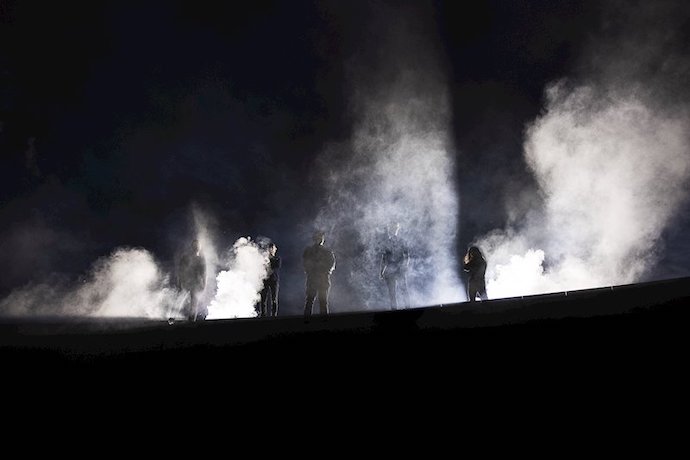 Magnus Kjellstrand‘s saxophone doesn’t appear until nearly halfway through, just as the music is beginning to jolt the spine, and it’s like some sad wandering and wondering spirit. During the ensuing instrumental interlude the guitars glisten, the bass murmurs, and the drums rumble and snap, providing the right backing for an extended saxophone solo that’s completely enthralling in its soulful and sorrowing tones (and we think again of the figure on the lakeshore).

That spell soon becomes unnerving — the guitars wail and moan again and the upheavals resume in the low end, even as the snare keeps causing your head to move. It’s a song not soon forgotten, a lament within a calamity.

We also encourage you to listen to the previously released “Headless Snake“, a stream of which you’ll find below. We hope you’ll be as captivated by Gold Spire as we are!