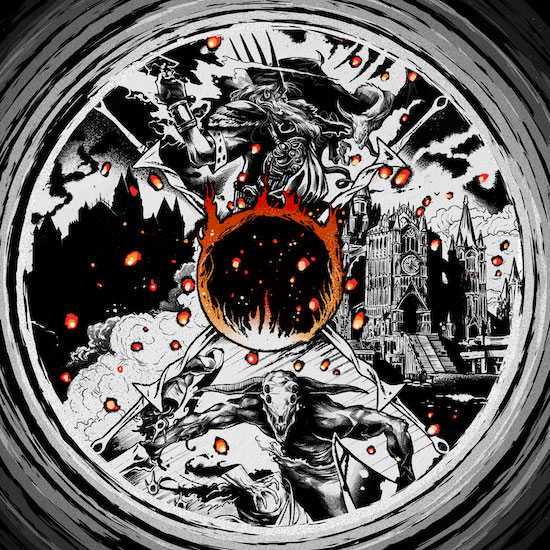 Take some big gulps of air and make sure your head is screwed on tight, because the fireball of a song we’re premiering today through a lyric video will suck the wind from your lungs and threaten to send your head spinning off into the clouds.

The track is “Age of Chaos“, and it’s off a forthcoming concept EP (Aegis) by Illyrian from Calgary, Canada, which presents an electrifying combination of thrash-fueled death metal with impressive technicality and an ear for evocative melody. The EP will also appeal to gamers, because it draws inspiration from the gaming world, and specifically Dark Souls. The song we present today is a prime example of these inspirations. The band explain:

“‘Age of Chaos’ is a song about a king’s hubris, a witch’s creation, and the downfall of a kingdom they built together. The Dark Souls fans in the room will recognize this story, along with those told on rest of the EP, but if you’re not familiar – it’s a whole lot of demons, dragons, and death (metal).” 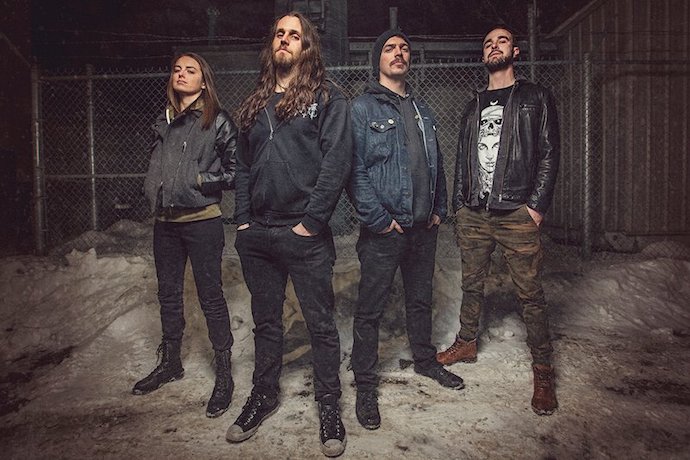 As for the music itself, the song is a turbocharged musical onslaught of delirium and damnation, near non-stop in its racing and ravaging momentum.

The lyric video is bursting with flames, and the music is incendiary too, discharging a plethora of fast-twitch fretwork and blistering drum munitions. The guitars and the bass dart about in frenzied yet tightly integrated and surgically executed flurries, accompanied by a fast-moving vocal tandem of flesh-stripping screams and malignant growls, sometimes paired together for extra fury.

Even though all the moving parts (and there are many of them) are intricate and technically precise, they do generate a feeling of savage derangement and chaos — leavened by changes in the musical mood that insinuate feelings of angst and misery. And the guitar solo is a fireworks display of wild, scintillating ecstasy.

Aegis will be released on October 15th, and it’s available for pre-order and Spotify pre-save now. More info about that is available through the links below — and then after the links we’ve included a wicked drum playthrough for “Age of Fire“, another song from Aegis, and it’s a very cool thing to see, and not only because Darren May is a beast behind the kit (and obviously having a blast with what he’s doing).