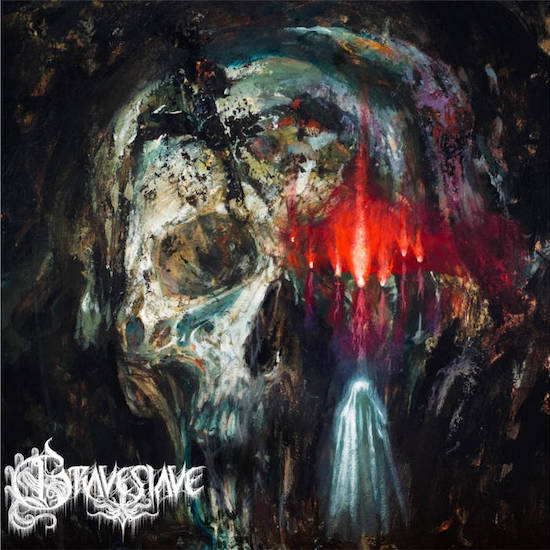 Last summer we had the pleasure of premiering the title track from No Center, the latest album by Graveslave from the Minnesota Twin Cities, which was subsequently released on July 30th by TRVASFUK Music, adorned by the terrific cover art of Adam Burke. In an effort to sum up the music, we called it “a rich and relentlessly dynamic mix of sounds and sensations, which underscores the progressive elements of Graveslave‘s brand of death metal… intense in different ways and highly memorable”.

If you overlooked the album, today we have a reminder of just how good it is. What we’ve got today is a new music video for the album’s epic and unnerving closing track, “In the Mouths of Giants“. 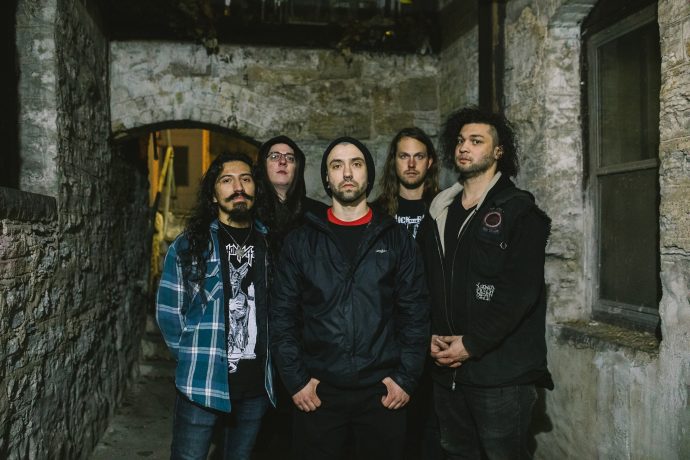 Lyrically bleak and haunting, the music itself begins in bleak and haunting tones, but distant screeching sounds and the vibrant ring of guitars create an atmosphere of foreboding, mystery, and tension. After a pause, the music becomes more abrasive, the guitars and explosive vocals clawing at the nerves over a steady marching beat, until everything becomes more feverishly dissonant and deranged.

The disturbing tension crests, and falls away, yielding to lonely, isolated, introspective notes that are also hallucinatory in their impact. But it’s a brief divergence, followed by harrowing howls, jolting chords, and skull-cracking drums. The riffing seethes and slugs, the drums thunder, and the music’s feeling of despair and derangement reaches a crescendo, with a finale that reprises the song’s haunted opening.

The video is a fascinating thing to watch. Directed and filmed in a Washington forest by guitarist/vocalist Roman Non and then edited by him, it alters the visuals to make them seem surreal, like an animation. The narrative of the video is a strange one, perhaps a drugged death ritual among friends? But things aren’t what they seem, and terrors come. The events fit the moods and sensations of the music beautifully, and make the entire experience even more harrowing.

If that experience isn’t temptation enough to explore the rest of No Center, we’ll be surprised — and we’ve made it very easy to do that by including a full album stream below.