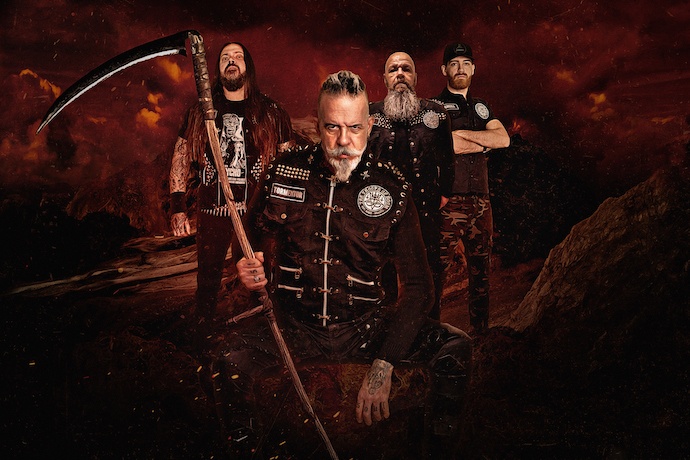 The Absence of Light is the kind of recording that first sells itself by the names of the people who participated in making it.

Moreover, Jeff Becerra of Possessed shared vocals on the track “The Monarch”; Lars Nedland of Borknagar, Solefald, and White Void performed bass on the first three tracks; and Dave Deville conducted the orchestral introduction. As additional icing on the cake, the songs were mixed and mastered by Øystein G. Brun (Borknagar) at Crosound Studio in Norway.

All these names draw attention by themselves, but of course the music must ultimately win people over. The music here is guaranteed to do that, because it’s absolutely electrifying, written and performed with the kind of veteran skill and spirit  you would expect. And you’ll have the chance to experience it through our premiere stream of the EP’s three original tracks today, presented through a video (made by Wanderley Perna) as a single work. 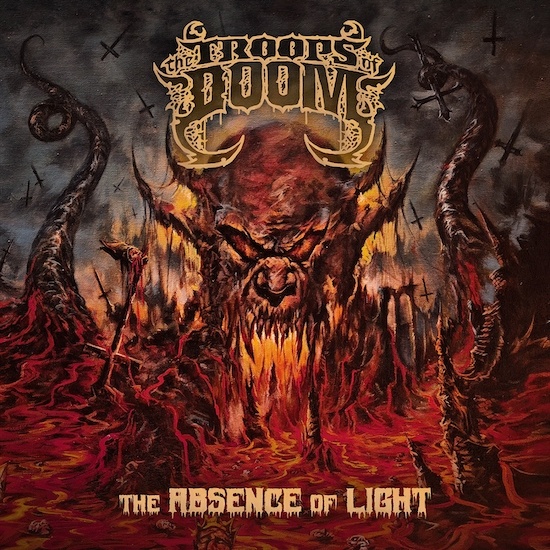 Those three original tracks — entitled “Introduction – The Absence of Light“, “Act I – The Devil’s Tail“, and “Act II – The Monarch“, were conceived as a conceptual work inspired by the book Leviathan by the 17th century English philosopher Thomas Hobbes. That’s what you’ll hear today, but be aware that the EP also includes a killer cover of Sepultura‘s “Antichrist” (mixed by Leonardo Pagani at LP Mobile Studio in Brazil), as well as original demo versions of “The Devil’s Tail” and “The Monarch”.

The combined track in the video begins with a momentous symphonic overture that’s grand and cinematic in its scope, and sinister and foreboding in its mood. It builds and builds, torquing the tension and the feeling of a dark and towering calamity rising on the horizon — and the calamity comes into full view with the onset of “The Devil’s Tail“.

The song itself includes a momentous overture, one made of vicious, seething riffage and the jolt of detonating drums, and then the music leaps ahead, drums hammering, bass slugging, and the chords becoming a being of super-heated thrashing savagery. The vocals are no less savage, barking the lyrics with fiery ferocity. The feverishly pulsating riff that eventually emerges is a guaranteed head-mover, as are the song’s head-butting grooves, and the song also takes a musical turn into more morbid and oppressive realms, just before a screaming and swooping guitar solo explodes, a diabolical eruption that’s sure to ignite the listeners’ bloodstreams. 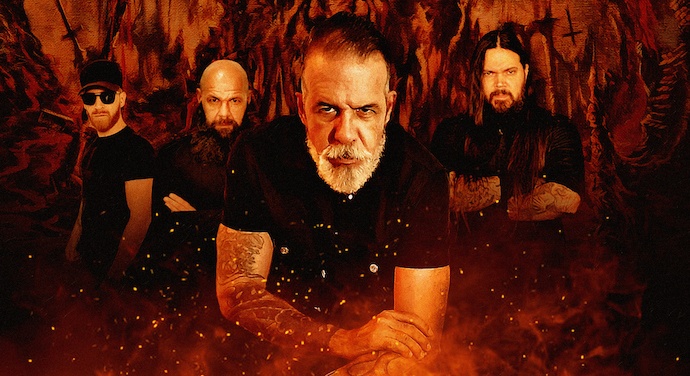 Classically-oriented music of dread, horror, and sorcery provides the cinematic segue from “The Devil’s Tail” into Act II, “The Monarch”, which channels those same moods through the fearful bleat of the guitar and tumbling, pummeling drum progressions. That also proves to be a prelude to viciousness. The music punches fast and hard, thundering and flaring in a semblance of wild, cruel grandeur, with the vocal tandem exclaiming the words in bestial yet imperious tones, and spasms of hellish fury explode within the heavy-grooved but dynamic rhythmic convulsions.

The entire experience really is electrifying — this is indeed “the devil’s music” (a feeling that’s underscored by the changing imagery in the accompanying video, which makes use of the EP’s arresting cover art by Brazilian painter Maramgoni). Discover for yourselves:

We’re saddened to report that pandemic conditions forced the postponement of a planned European tour by the band, but very happy to report that The Absence of Light has been released as a bridge to an impending LP by The Troops of Doom.

One Response to “AN NCS EP PREMIERE (AND A REVIEW): THE TROOPS OF DOOM — “THE ABSENCE OF LIGHT””