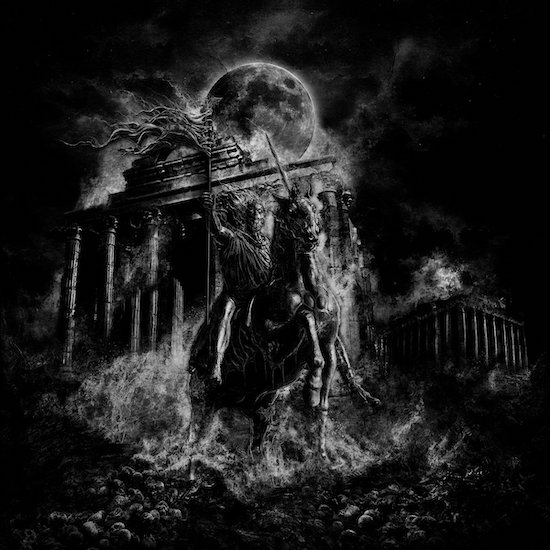 Autokrator is one of those bands whose music I think of as the soundtrack to world-ending calamity. The almost unmitigated savagery and destructive power of this French duo’s death/black/industrial assaults are overpowering, even though their music also exerts a powerful primal appeal — you can become easily intoxicated by their brand of blown-out violence. And so it was more than a little frightening to read the comment by guitarist/bassist Loïc Fontaine that the song we would be premiering today is “probably the most brutal song Autokrator has ever composed and played”.

This song, “DCLXVI“, appears on Autokrator‘s forthcoming fourth album, Persecution, which is set for a November 5 release by Kruyator Productions. As has been true of previous albums, this one again takes historical episodes as its theme. Here, they recount the persecution of Christians during the ancient Roman Empire — under the reigns of Marcus Aurelius, Diocletian, Domitian, and Trajan.

They make clear that “the record has nothing to do with glorifying the barbarity; it rather conjures up the cruel and dreadful sufferings of the victims — be it decapitation, execution, lapidation, damnatio ad bestias, dislocation, imprisonment, or banishment”. That is a harrowing mission, and the music Autokrator has created is equal to the task. 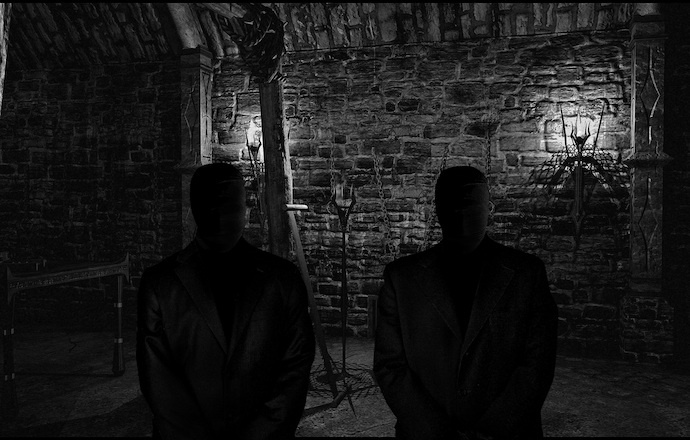 To return to the subject of today’s premiere, we’ll again share the comments of Fontaine:

“The song ‘DCLXVI’ is about Roman Emperor Domitian and his persecution of Christians, and the lyrics of this song are from Bible Revelation 8:7 and 13:1. In Roman numerals, DCLXVI represents 666. According to Bible Revelation 13:18: ‘Here is wisdom. Let him that hath understanding count the number of the beast: for it is the number of a man; and his number is Six hundred threescore and six.’

The dominant impression created by the track is one of a hurricane-strength firestorm, a gale-driven conflagration of violently writhing riffage with a scathing and searing tone, coupled with percussive artillery blasting in lightning-fast torrents. Through this assaulting mass of berserk sound imperious roars and haughty chants expel the lyrics with ferocious fervor.

While the savagery of the attack is relentlessly unhinged, Autokrator do segment and accent it in different ways, through jolting, start-stop percussive pulses and variations in the deranged chords, as well as the appearance of haughty chants and weird and wailing guitars that seem to scream in agony in the midst of this blazing sonic typhoon.

The attention-grabbing cover art for Persecution was created by Nestor Avalos. The record was recorded, mixed, and mastered by Fontaine at Krucyator Studio. Vocals were recorded by David Bailey, and drums were recorded by Kevin Paradis. The album comes recommended for fans of Portal, Impetuous Ritual, and Teitanblood. Krucyator Productions will release it on CD, vinyl, and digital formats.

We’re also including a stream of “The Great Persecution“, which premiered at Decibel. It becomes monstrously pulverizing and cruelly eviscerating — an embodiment of hideous and unyielding madness, coupled with brute-force punishment.

One Response to “AN NCS PREMIERE: AUTOKRATOR — “DCLXVI””