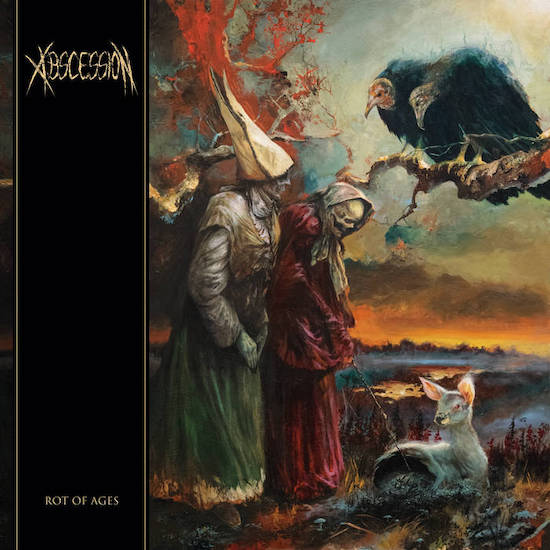 Adam Burke‘s fascinating symbolic cover art for Abscession’s new album Rot of Ages stuck in the heads of most people who saw it (certainly including me) before any of the music had been revealed. It turns out that the songs get stuck in the head too, like needles in a pin cushion.

Abscession’s music punches damned hard and grinds bones, deploying in expert fashion many of the traditional weapons of old-school Swedish death metal to create a potent visceral impact. The music is undeniably ferocious, but what makes it stand out from a lot of similarly inclined revivalist bands is the incorporation of evocative melodies, which really make the songs songs, each with its own character. And they really do irresistibly get stuck in the head.

“Dead Man’s Hate“, the song we’re premiering today in advance of the November 19 album release by Transcending Obscurity Records is a great example of these qualities. 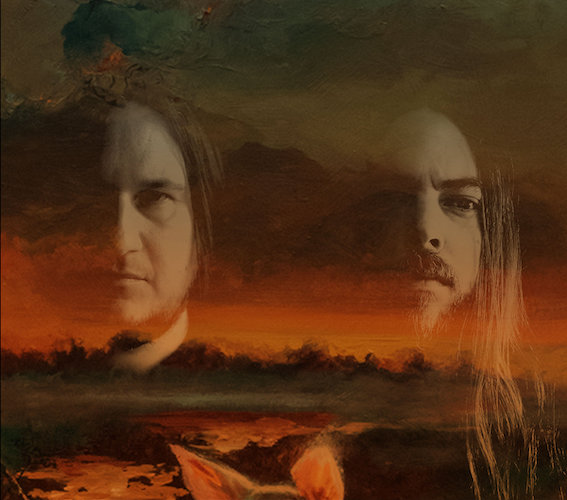 This new track possesses that massive low-end HM-2 tone in the riffing, tooled up in this song to jolt and jab, to charge and chug, and to maliciously swarm and scythe like big circle saws carving through old oak. The rhythm section sound equally formidable, delivering neck-slugging bass grooves and a dynamic array of drum attacks that methodically pound, turbulently thunder, batter in rapid frenzies, and surge ahead in racing gallops, segmented by sudden stops and starts which add to the electricity.

On top of all these viscerally compelling qualities, in the vocals you get a huge growled roar capable of becoming even more inflamed and unhinged, something like a cross between an enraged grizzly bear and a crazed lion. But, as forecast, the song also includes distinctive, hook-laden melodic leads that really give the track a distinctive and dark personality, something like a cross between sounds of fiendish sorcery and grim misery.

As usual, Transcending Obscurity is releasing the album in a variety of formats, with lots of related apparel and other merch that feature Burke’s fantastic cover art. You can check out all the options via the links below. And we’ll also give you the chance to check out three other previously released tracks from this hellaciously good record. It comes recommended for fans of Bloodbath, Lik, Edge of Sanity, Desultory, Rogga Johansson, Eye of Purgatory, Wombbath, Dismember, and Carnage.

No Responses to “AN NCS PREMIERE: ABSCESSION — “DEAD MAN’S HATE””