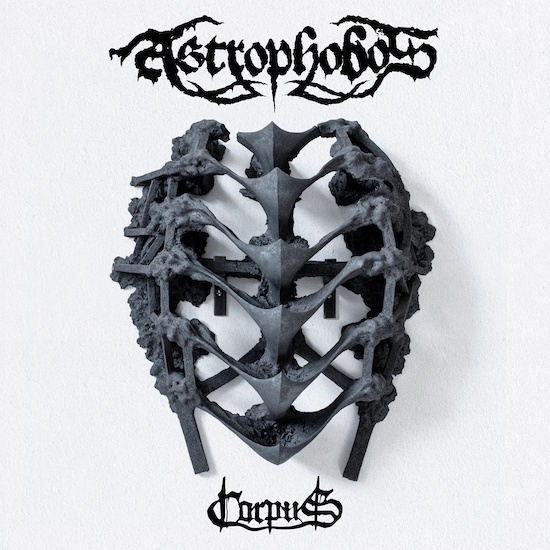 Today we present the third and final single leading up to the release of a new album by the Swedish black metal band Astrophobos. The name of the album is Corpus, but Corpus is more than the album, and is also the title of a cross-disciplinary collaboration spanning several years in which sculpture, photography, and music have intermingled to explore themes of impermanence, death and decay.

As Astrophobos explain, “Teaming up with artists Lisa Wallert and Morgan Norman, the band ventured into these concepts, taking inspiration from their work to write both music and lyrics”. The artwork of Wallert and Norman can be found on the cover of the Corpus album and throughout the layout of the gatefold vinyl record. The collaboration will culminate in an exhibition/live show taking place in Stockholm on November 13th

But now let’s get to the song you’ll have the chance to hear for the first time today: “Till Djupet“. 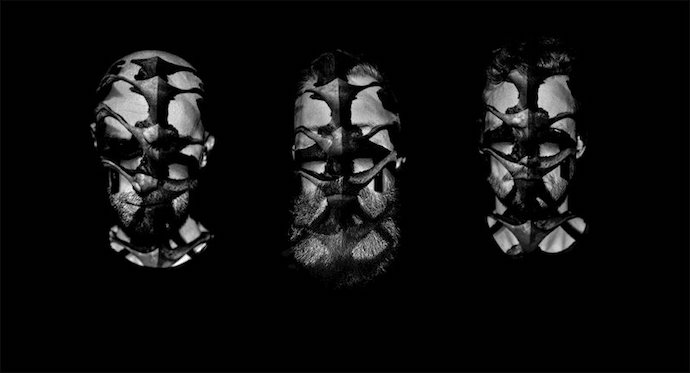 At the outset, slowly ringing guitars combined with a murmuring bass create a somber but seductive mood, a kind of melancholy beckoning to the listener. That disturbing yet entrancing melody flows forward into the song through suddenly fiery fretwork over thundering drums. The sound pierces the mind and drives the melody into it like a fever.

A bridge arrives, in which scorching goblin-like vocals and the harsh scrape of pick slides become the chief drivers of intensity. What follows is a bounding drum rhythm and a layered guitar melody that sounds diabolical and increasingly sinister. The menace in the music is enhanced by those vicious, caustic vocals and a burst of double-bass upheaval. The riffing boils in a semblance of madness, and seems to channel misery as well. The band reprise the entrancing but unsettling instrumental performance that began the song, but by then it has become clear that the entire song has been strangely entrancing and viscerally unsettling.

The band provide their own take on the track in these words: “It’s a slower, melody-oriented and atmospheric song. The title means ‘Towards The Deep’, and the lyrics, recounting a descent into the underworld, refer to the mystic rites once performed in the ancient Demeter temple in Eleusis. The sculpture on the single’s cover is a semi-abstract body, appearing to be in a state of either dissolution or creation, and was created by Lisa Wallert, another member of the Corpus project. The sculpture, entitled ‘In Noctem’, was also the inspiration for the lyrics to the song ‘Till Djupet’. 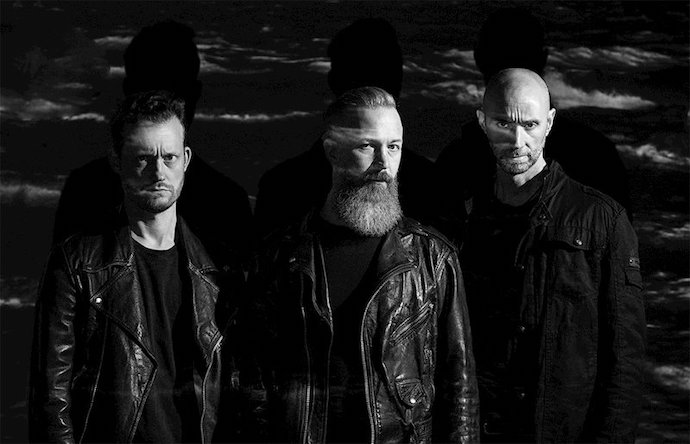 The album was mixed and mastered by Marco Mastrobueno (FLESHGOD APOCALYPSE, HOUR OF PENANCE) at Kick Recording Studios, and features session drums by Simon Samuelsson (ex-OFERMOD) as well as guest vocals by Elisabetta Marchetti (INNO, ex-RITI OCCULTI). Corpus will be released by Triumvirate Records on November 12th and distributed worldwide by Sound Pollution Distribution.

Below, in addition to useful links, we’ve also included streams of the two previously released songs “Utrotning” and “Liktal“. The band provided this comment about the first of those:

“‘Utrotning‘ is one of the faster and more aggressive songs on the album. Both the music and the lyrics were inspired by Morgan Norman‘s photograph Bränd’, which is another part of the Corpus project, and the cover photo for the single. The Swedish title means ‘Extermination’ and refers to the end of humanity as a species. Something that feels long overdue, but maybe isn’t so far away”.

As you’ll discover, “Liktal” is the most unnerving of all three tracks you’ll have a chance to hear today — yet is still powerfully gripping.