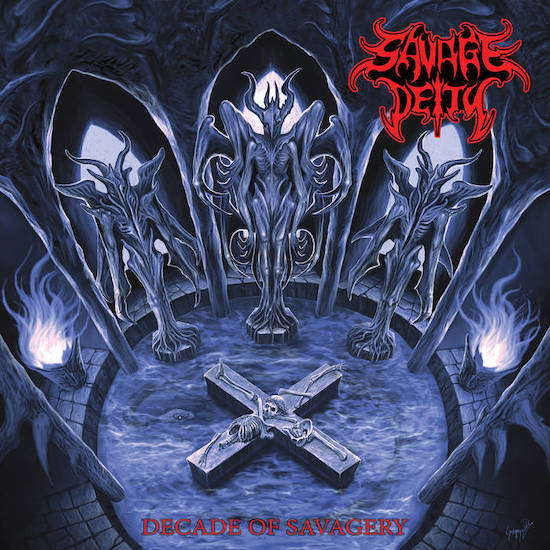 On November 28th Inhuman Assault Productions will release Decade of Savagery, the infernally barbaric third album by Savage Deity from Bangkok, Thailand, and today we’re presenting the second track premiere in the run-up to its release.

Steadfastly connecting with the kind of ’90s-era death metal spawned in the earliest days of Morbid Angel, Deicide, and Malevolent Creation (among others), Savage Deity have indeed created music that’s genuinely savage, using compelling songcraft, ferocious execution, and authentic spirit to mount their malicious, adrenaline-fueled attacks rather than trickery or gimmicks. 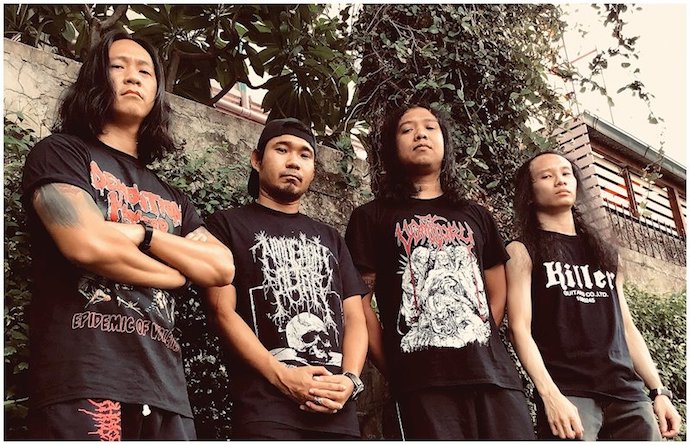 In the player below you’ll have the chance to hear the first single, “Kill the Cult“, as well as the song we’re premiering.

“Kill the Cult” will introduce you to a vicious guitar tone which Savage Deity deploy to create savage and sinister harmonies. Backed by hurtling drumwork, malicious growls, and harrowing screams, the music roils and rips, jitters and jolts, blazes and blares. When the riotous momentum abates, the music becomes ominous and dismal, but a demented guitar solo reminds us that we’re still in the midst of something diabolically perilous.

What comes next in the player is the track we’re premiering today, “Perish Mangda“, which features a guest guitar solo by Jason Gobel (ex-Cynic, ex-Monstrosity). In this one an opening guitar performance slithers and darts in ways that create an atmosphere of supernatural danger — and then the drums surge into a galloping race and the riffing heats up to a boiling swarm. The sound is deranged but the effect is exhilarating.

As the song moves forward the band also give you a chance to pump your head like a piston, and to enjoy another spectacular but unhinged burst of solo shredding.

Decade of Savagery features eye-catching cover art by Art of Sickness. The album was produced by the band themselves, with mixing by Saran Rakthong and mastering by Dan Lowndes. It includes 41 minutes of music, and Inhuman Assault will release it on CD, vinyl LP, and cassette tape formats, as well as digitally.

One Response to “AN NCS PREMIERE: SAVAGE DEITY — “PERISH MANGDA””