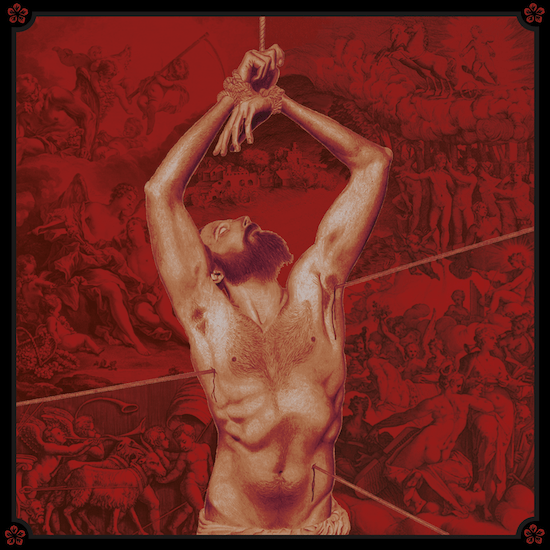 Extreme metal need not draw its inspirations or lyrical themes from philosophy and literature to be worth our time. Of course it doesn’t — visions of pentagrams, skulls, haunted graveyards, and steaming viscera will do just fine, as long as the music hooks us. Still,  provocative thinking can sometimes add an extra dimension to the experience, apart from the role it may play in providing inspiration to the musicians, and learning something new can be a welcome bonus.

Which brings us to the German band Stagwounder‘s new album The Shrouded Muse of the World´s Lament. In the press materials it is introduced by this quotation:

“Thou, eager to ascend to the sun on waxen wings, consider: even in the bleak caves of the deep it is better to reside than in the boundless ether. Between heaven and hell the child of Gaea is born, soon willing to lie itself down among the photophobic creatures of the chthonic dark, soon fluttering upward to the splendorous heights whose reflections radiate around it like garments of light.“

That passage was written by the 19th century German philosopher Julius Bahnsen. It appears in Pessimistenbrevier, a work translated as “The Pessimist’s Breviary”. That work provides the foundation for Stagwounder‘s new album, along with Japanese author and cultural critic Mishima Yukio. How these thinkers influenced the album is an interesting tale, and we think one worth telling before we get to the music itself (and yes, we will get to the music in due course, because we’re premiering a song from The Shrouded Muse… today, in the lead-up to its release by Crawling Chaos on November 26th). 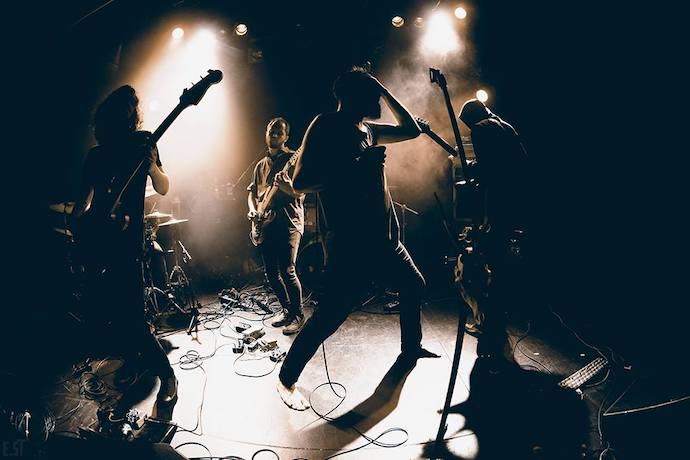 And so we’ll begin by sharing these further explanations from the press materials we’ve received:

“The album‘s lyrics are formed around aphorisms from the Pessimistenbrevier…. This esoteric work of pessimism can be thought of as a poetic accounting of the endless strife of the self-contradicting will – the central theme of Bahnsen‘s metaphysics – and the fate of its subject.

“In the breviary the self is torn between the intellectual horror of sheer meaninglessness and the knowledge of the impossibility of reaching fulfillment of one’s idealistic yearnings.

“While the songs of The Shrouded Muse of the World‘s Lament reflect different steps of the breviary‘s spiraling, two external paths of escape are introduced, both rooted in self-negation. One being represented by the biblical nihilist Solomon and another by concepts of the Japanese author and cultural critic Mishima Yukio.

“Both evade the self- referential prison of nothingness through a partial abandonment of the rational web which marks its limitations: the latter by turning to the aesthetic and traditional world of corporeality and the former by seeking refuge in the severity of divine law”.

We hope you’re as intrigued by these conceptual underpinnings of Stagwounder‘s new album as we have been, but now it’s time to get to the music, via a track from the album named “Das Phantom zerrinnt” (The Phantom dissolves). 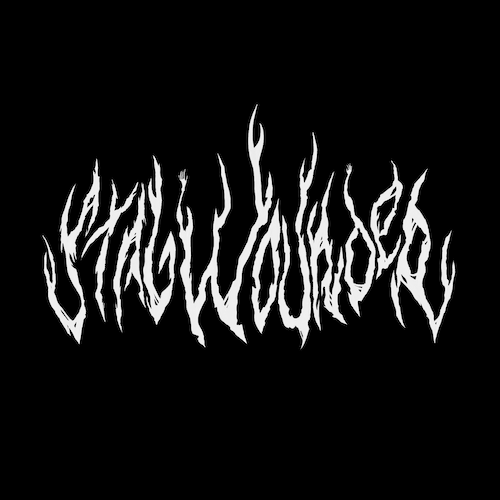 Crawling Chaos explains about the music of the album as a whole: “Stagwounder consistently continue their path to rebalance, purify and define their sound: As within the two predecessors, there are borrowings from Black, Death and Doom Metal, which, however, are expanded by and enriched with other stylistic elements – from calm, repetitive post-rock passages to wildly disharmonious riff cascades”.

In the case of “Das Phantom zerrinnt” the music is a mysterious meditation (both beguiling and uneasy) made of moody glittering notes, a deep humming bass, and a compulsive thumping rhythm. But it’s also a harsh storm of abrasion, created by outbursts of slashing, swirling, and searing guitars, clattering percussion, and scalding vocal assaults. The music pulsates and flares with a kind of deranged intensity — but never completely lets go of that feeling of perilous mystery.

As noted above, The Shrouded Muse of the World‘s Lament will be released via Crawling Chaos on November 26th. In addition to the quartet of Stagwounder it includes guest performances by Wolfgang Kirchheim (Glaswald, Wolfgang Kirchheim), who performs a guitar solo on “Monologe der Zerknirschung und der Selbstverachtung” (Monologues of contrition and self-contempt) and by Martin Pohl (Glaswald, Buddha Sentenza), who performs piano on “Das Leben längstversenkter Todten“ (The life of long sunken dead).

Pre-orders will begin next month.