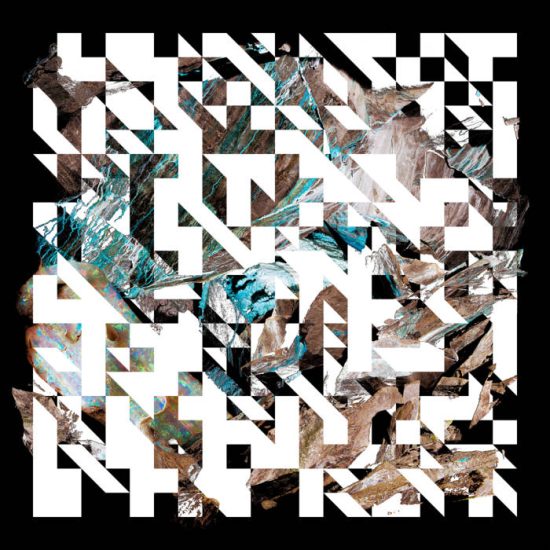 You probably could’ve sensed this one coming like a killer in a slasher film hiding just outside the frame, given how we salivated at the opportunity to cover anything the group did in the lead up to this one’s release.

Frontierer have made a name for themselves over recent years. The Scotland and US union of musicians – most of whom also play in Sectioned, who released my top album of 2019 with Annihilated – have burrowed impressively deep into the tech and mathcore scene. Conjuring old ghosts that could see the band being genre-blood-brothers with a group like Tony Danza Tapdance Extravaganza (whose last two albums are just relentless) as well as hybridizing influences from Dillinger Escape Plan, the off-kilter rhythms of Car Bomb, and the big, earth-shaking grooves of a band like Meshuggah is a damned lofty way to find yourself described. Yet the sound that Frontierer have forged for themselves on releases like Unloved and their newest album Oxidized is likely going to see them being mentioned in the same breath as those other names often. 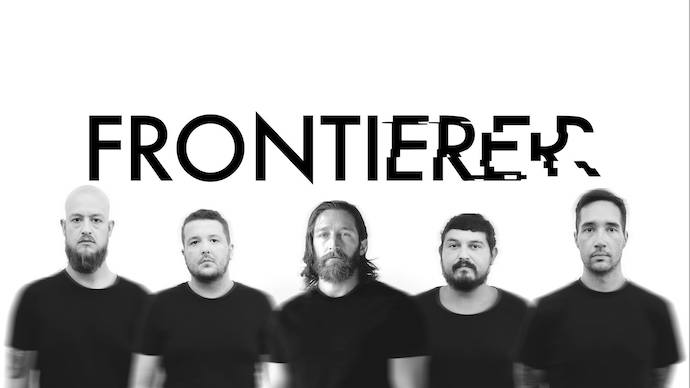 Oxidized picks up right where Unloved left off – including completing the song title from Unloved, since that album had a song named “Unloved And Oxidized” in its bounds – with the three-year gap feeling like nothing, save for one major change. Frontierer took a look at Unloved and decided to see what would happen if they made a disc that resembled their chosen cover art: glitched-out, disorienting, and abrasive enough to be used for sandpaper.

Frontierer were always fated to find a home here, because if this site is going to have room in its heart for anything that doesn’t fall into the worlds of the vast and abyssal, the fast and grindy, or the crunchy and deathy-filled, then we’re going to have room for the impressively abrasive.

Oxidized is a weighty release; the tale of the tape has the album sitting there with sixteen songs and not a single one is some sort of interlude or moment of calm. Oxidized starts out playing all of its cards at seemingly the exact same time in its opening song and then does so fifteen more times for one of the more noisy and ugly albums out there. There’s nothing tying the band down either, as the group fully embrace the artifice of an electronics-assisted world, so inhuman sounds and tortured instruments are often the norm within the album.

Frontierer create a beast fully-formed for an increasingly digital, fast moving, and fraught modern world. As mentioned before, one look at the artifacted picture that makes up Oxidized‘s cover art is a surprisingly good preview of the music within. If the band aren’t constantly forcing the listener further and further down with each successive chugging rhythm riff or snapping necks with some equally angular riff-work that forces the group’s drummer to hang on for dear life, then there is an ever-present and menacing wall of sound that will dart in and out of songs like a practiced knife-fighter. We’ve often joked about the tech-death scene’s tendency to go for everything all at once, but sometimes it feels like Frontierer were really interested in trying to land everything all at once within a song, and more often than not wound up with a white-noise-wash fighting with their vocalist.

Oxidized is one of those albums where everyone is going to wind up with a different favorite song, simply because of just how much material is packed into it. Even though they were released early by the band, there was still a tremendous draw to songs like “Glacial Plasma” – which comes very late in the tracklisting – and “Corrosive Wash”, yet on other spins the early appearance of “Death\” and the way it semi-ties into “/Hope” at the closing of Oxidized – supposition, of course – provide glowing moments. 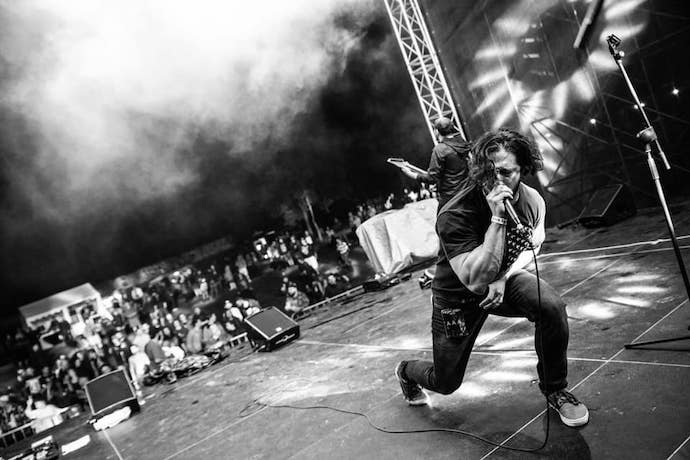 The sheer noise attack on “/Hope” after Frontierer have already spent over half an hour just bludgeoning you with sound can be a little bit too much in the full run of things, but broken out on its own, that song is a stellar bit of explosive music. “Death\” on the other hand, holds a lot of appeal because it’s one of the songs following “Corrosive Wash” where the group really give into the fully chaotic nature of the music – which becomes a running theme throughout much of Oxidized – and veer away from the ever-constant rumbling assault into something more manic. A huge credit for that goes to the distorted vocal attack running throughout the entire song as well.

If, however, you’re locked in for the fully chaotic, then special mention needs to be made of “Removal Of The Copper Iris and The Lightning Pill” and the songs surrounding it, which is part of either movement two or three of utter devastation. Makes sense that you’d have one of the gentlemen from Ion Dissonance making an appearance within the song, because if you’re going to try to create a digitized chaos, why not bring in one of the expert meat-grinders from Ion Dissonance to help out?

You can’t help but appreciate how “Motherboard” starts quietly right afterward, because at the point at which it appears any breather from the constant bombing runs is welcome, though of course that gets destroyed within a few seconds anyway. If you really want to hear a guitar and computer get into a screaming fight though, you have to give “This Magnetic Drift” a listen. Somehow, the Frontierer crew lured one of the Will Haven gentlemen into the mix of that one’s constant rhythmic devastation – giving Sacramento a weird sort of notch in its belt with one of the stronger releases this year – but you could’ve honestly told me that I had been somehow recruited into making an appearance on Oxidized’s sheer wall of sound and I’d be likely to believe you.

Oxidized stands out by just being a musical impact event. There’s no avoiding that giant wall of sound once the release starts up, and though we’re often prone to describe a disc as a musical ass-kicking, Oxidized might be one in which the band behind it were actually attempting to do that. Oxidized is a release that is ‘constant, ever-present, and all-the-time’ musically, and then on top of that the group decided to ratchet up the intensity even further from their last few releases.

While this is a genre that is seeing somewhat explosive growth recently, Frontierer are making a good effort in contorting and distorting it already, to get outside of the blueprint that has worked for them. It’s still recognizable at its core as a wall of off-beat rhythm-riff work, where the concept of a lead melody is often destroyed in favor of a lead torturing and the vocal work remains as percussive as ever, but there are few releases quite as purposefully overwhelming as Oxidized that have come out this year and it’s one worth looking into – if not just to see if chaos-core can be made into a genre.