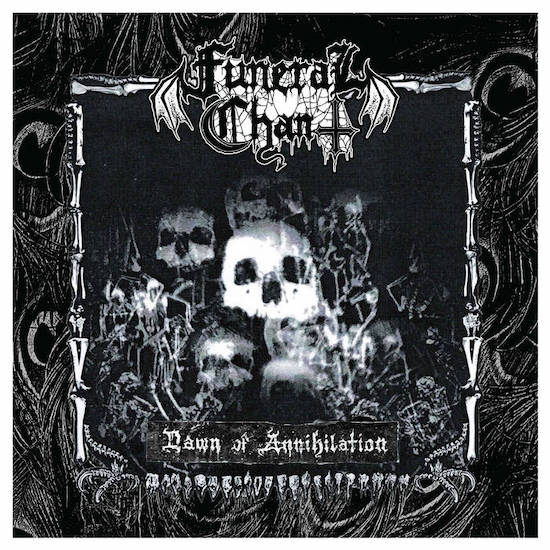 In February 2017 Funeral Chant from Oakland, California independently released their self-titled debut, a six-track, 27-minute affair that was subsequently picked up for physical editions by Duplicate Records and Caverna Abismal Records. It was a remarkable release in more ways than one, but the dominant impression it left in our heads was summed up in these passages from our review:

“The band walk a fine line between berserker chaos and the kind of intricate instrumental inventiveness and rhythmic dynamism that produces fascination. It’s a high-wire display of acrobatics, but Funeral Chant are so nimble that they don’t lose their balance no matter how fast they’re flying along that thin cord.

“And so, the songs are crushing, eviscerating, hateful, and ferocious at a primal level, but are also intricate, well-plotted, and eerie. In the heat of the moment, they trigger an enormous adrenaline rush, but it takes multiple listens before you begin to follow all the labyrinthine exercises going on within these raging storms of sound”.

It’s thus no wonder that we leaped at the chance to premiere the band’s new album, Dawn Of Annihilation, which will be released via Carbonized Records on November 1st. 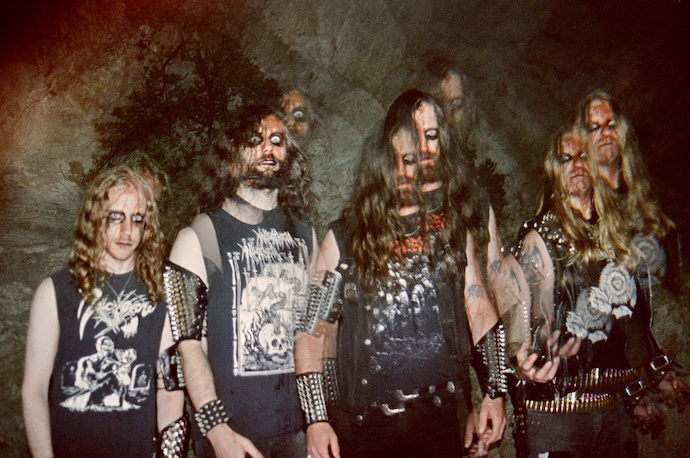 In these eight new tracks Funeral Chant again leave us slack-jawed and bug-eyed at just how wild their fusion of black metal, death metal, and thrash really is. The super-heated savagery of the music stands out, through full-throttle drum assaults, maniacally boiling riffage, solos that scream, squirm, and soar in displays of freakish lunacy and eerie incandescence, and maddened vocals of utmost hostility and hunger.

The band’s preferred speed is again completely turbocharged, which makes their technical chops obvious through all the crazed twists and turns, the layering of fleet-fingered fretwork and blazing chords, and the explosive changes in drum patterns. The experience is tremendously frenzied and ferocious, brazen and barbaric, so much so that riding with it is like jamming live power lines straight into your neck and convulsing in delirium — but that just makes the sharpness of the execution all the more remarkable. With this album, adrenaline becomes an addiction.

This isn’t to suggest that all the songs are alike — though you don’t really get a chance to take any deep breaths until you encounter the frightening imperiousness and unearthly glory of “Xenophonic Transmission”, a song that really shows the band spreading their giant dragon wings to create music that’s as infernally chilling as it is apocalyptically destructive and doomed. 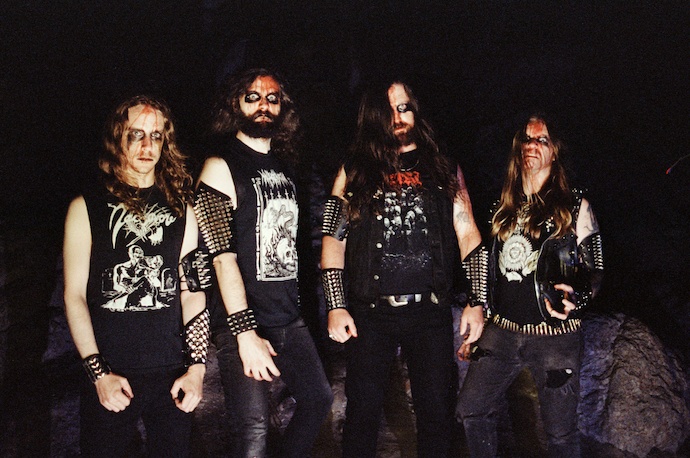 From there the band open up the throttle and go on the attack again, combining molten guitar paroxysms, riotous drum escapades, insane soloing, and eviscerating vocals from an animal that would like nothing better than to tear out your jugular with his teeth. It’s again a thoroughly exhilarating blast of head-spinning, bone-smashing fury – ecstatic in the mayhem it creates.

You do get an oppressive, stomping, misery-soaked breakdown in the title track, which becomes a manifestation of hideous, paranormal grandeur before the music goes nuts again, driven to further heights of glorious chaos by some of the most startling solos on the album. But that’s the last chance you have to gasp for air, because “Serpent Pact” closes the album in a maelstrom of fire, albeit with its own ventures into supernatural realms.

Brace yourselves, and dive in:

Dawn Of Annihilation was recorded and produced by the band, and it was mixed and mastered by Justin Divver at Santo Studio. The artwork and layout were created by Voidbringer.

The record will be unleashed worldwide on CD, cassette, and digitally on November 1st, followed by a vinyl release in January of 2022, and apparel is available for order now too.

No Responses to “AN NCS ALBUM PREMIERE (AND A REVIEW): FUNERAL CHANT — “DAWN OF ANNIHILATION””