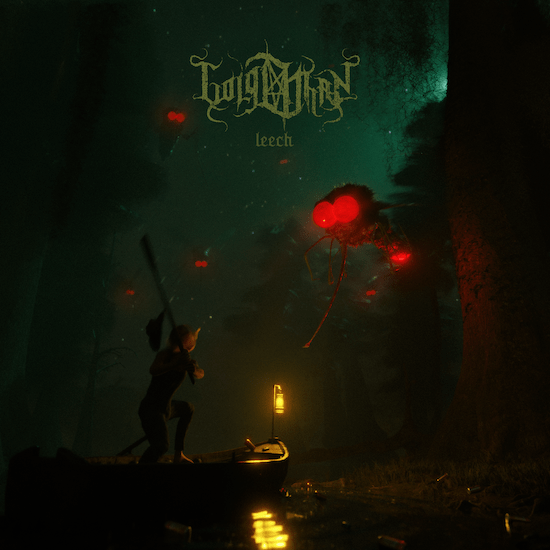 Most of us are familiar with Golgotha, the skull-shaped hill of execution in ancient Jerusalem where, according to the Gospels, Jesus was crucified (along with many others charged with crimes). But what, pray tell, is a Golgothan? The creature seems to have originated in Kevin Smith’s 1999 movie Dogma. According to the Metal-Archives listing for the Louisiana death metal band who took that same name for themselves:

“A Golgothan (also called a ‘shit demon’ or ‘excremental’) is a fictional creature composed of human excrement. The creature derives its name from the hill where Christ was crucified; the collective suffering of the souls sentenced to death by crucifixion on that hill gives birth to the demon’s existence. The Golgathan rises from the collected offal secreted by each prisoner’s loosened bowels upon the moment of death”.

In keeping with the genesis of their name, Golgothan (the band) are thematically attracted to gore and horror, and apparently the more outrageous, the better. They’ve released a handful of EPs and singles beginning in 2014, and at last will have a debut album named Leech coming out on February 4, 2022 through Lacerated Enemy Records, who recommends it for fans of Aborted, Cattle Decapitation, and Bloodbath.

February 4th is a long way off, but we’re presenting a first single from the album that makes it a date worth remembering. 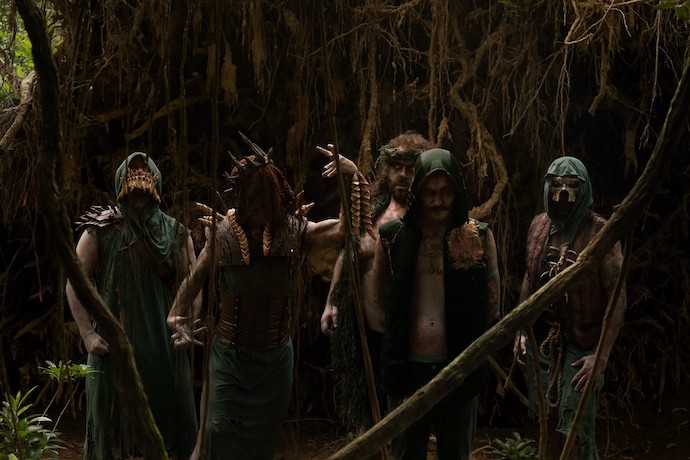 “Parent Organism” is an exhilarating, powerfully destructive, and fiendishly catchy discharge of death metal fury and mayhem. Most prominently, it delivers a terrific percussive beating. The nature of the beating changes rapidly, as if the band are quickly dropping one weapon and seizing another one — sometimes the punishing grooves sound like heavy-caliber automatic machine-guns, sometimes like jackhammers, sometimes like mortar fire, sometimes like a bomb going off or the thuggish slugging of crowbars. The speed of the punishment changes (with a few sudden stops and starts), but not the brutality of it — which is non-stop.

While that’s going on, the riffage and the moods change too, though it all sounds malicious as hell and frequently crazed. The guitars pulsate in a fever, viciously grind, brazenly blare and squeal, and augment the rhythm section by adding their own body blows. Meanwhile, the vocals veer in a rage from malignant gutturals to strangled gurgles and maddened screams.

But the song isn’t without its melodic elements, which surface most obviously near the end, in a dismal arpeggio paired with a murmuring bass line which then rises in a freakishly mesmerizing and increasingly glorious guitar solo that provides a grand finale.

Pre-orders for Leech will begin today via the links below. The cover art was created by the band’s own Jai Benoit (lead vocals), who is joined in the line-up by Jerik Thibodeaux, Jesse Majors, John Leblanc, and Eddie Jacobs. 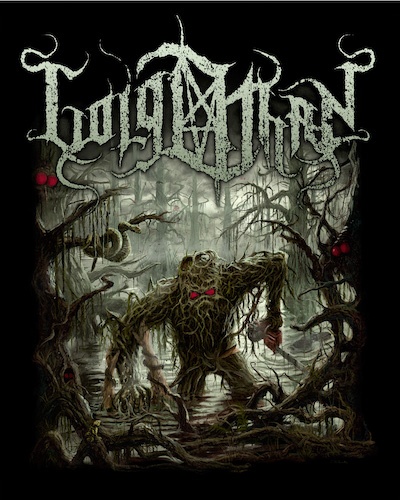