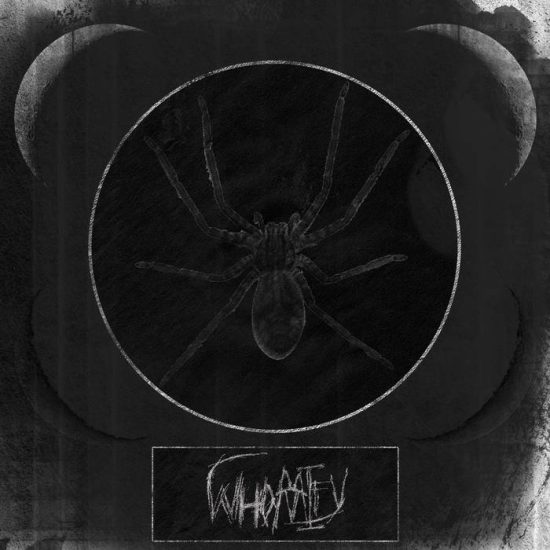 (Ryan Dyer, who last appeared in our pages touting the insanity of one-man bands in China, now returns to trumpet the destructiveness of Calgary’s Whorrify.)

In the annals of Canadian metal history, according to Metal-Archives.com, there have been at least 5000 Canadian metal bands. In Calgary, specifically, there have been over 200. I often wonder what would happen if all of these band members were situated in one place, like a little island. Whorrify are the new settlers on this island arriving via surfboards, wearing Thrilla Krew threads and setting foot on this beach like they were grind messiahs.

Their guitarist, Joel Peterson, is a Robotnik-esque mastermind with a disdain for human existence. Whorrify is like one of his deviant, mechanical inventions – a plague brought by sound-waves. A sonar shitfest presented in this six-track EP. For vocal delivery and Morrison-esque sexual charisma, Nate Trash slithered on up to the front-man position for this project while Russ Gauthier provided his laboratory for recording while also beating the drums like they were Sonic and Tails.

What kind of grind does Whorrify make? Well, he who destroys a thing, controls a thing. Whorrify destroy conventions, therefore they control them. As Mr. Trash was previously in the hardcore band, World Class White Trash, this influence infects the sound. Violent, potato=mashing segments ensure that someone will get hurt in the mosh pit once they play live. The band says they only want to get harsher, angrier, faster and uglier with each subsequent release, just as your feces will after 10 laxatives. As far as this EP goes, the cheeky bop “Hate This” will be coming out of the boom boxes of most bronze-skinned beach bums in the near future as the band gets more exposure, but you read it here first.

So Whorrify, let’s drink to your fuck.