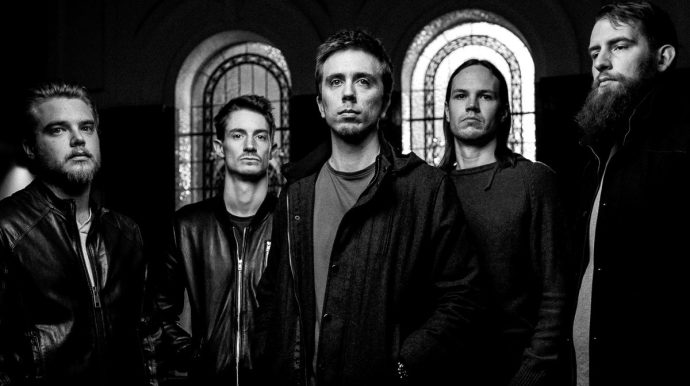 (This is the third Part of a week-long series of reviews by DGR as he tries to clear out a back-log before year-end Listmania descends.)

Australia’s prog-death long-form masters Be’lakor are now five albums deep into their career, with their latest record – and second for Napalm Records – Coherence releasing just a few days before Halloween this year. Despite the five-year gap between Coherence and its older sibling Vessels, there’s no sign whatsoever that Be’lakor are making any attempt to change what works for them.

Since 2009’s Stone’s Reach the run-times for their albums have consistently stayed within the fifty-five minute to one-hour range. Part of the experience has been listening to how the band try to earn their time with you, because in all honesty, with the absolute flood of metal that is out these days, it’s a pretty big ask that you invest an hour of your time with one specific group.

In Be’lakor‘s case though, they’ve nearly always earned the right to do so and have proven time and time again that their ‘no part left behind’ writing style can be made to work within the confines of the prog-minded melodeath scar that the band have carved into the Earth. 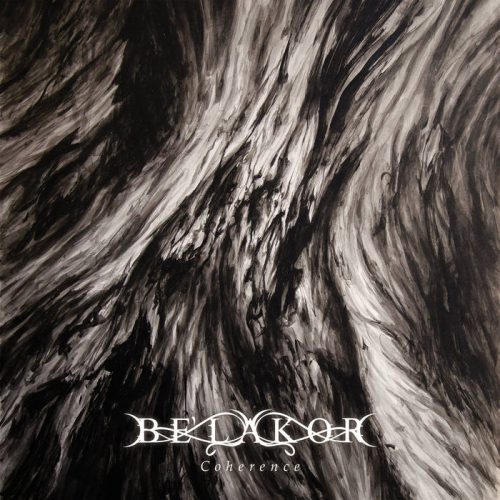 In fact, that’s part of the adventure with each album, i.e., discovering how Be’lakor earn the right to keep going without letting the listener drift off somewhere else. Coherence is similar in that respect, especially when you consider that Be’lakor have to justify three separate instrumentals within that hour-long run-time this go-around.

That’s not to downplay the role of those instrumentals because, believe it or not, the songs within that one of hour of time actually do present some of the most cohesive work Be’lakor have done, but they’re also the sort of band where songs can easily reach the bounds of the ten-plus minute range and contain long instrumental passages where Be’lakor somehow kick out a fantastic riff or lead part and lock you in until they take as much life from it as they possibly can. Which means the role of those passages here is more to tie everything together, so that Coherence doesn’t feel like a grouping of separate songs and instead like one solid piece.

They hinted at this within the boundaries of Vessels, but Be’lakor put a lot of work and mileage into tying all of Coherence together, and it does play out like one hour-long suite of music that goes from some fantastically glorious melodeath leads to some lightly moody doom influence as easily as breathing comes to many people.

There are always moments within a Be’lakor disc where the band allow you to just float along before bringing you crashing down to Earth, and Coherence is full of them. A song like “Foothold” for instance is one of the heavier tracks on the album but also arrives after “Locus” was more than happy to wander the melodeath plains before settling into a bit of calm with “The Dispersion”.

But thats the dynamic of Coherence as a whole. It will reach impressively lofty heights where the guitars are just one glorious-sounding lead after another, before just as quickly becoming deceptively heavy. While it may be some of the ‘shiny new’ syndrome playing out, it definitely has felt like less work to fully dig into the depths of this one and really grapple into it, in comparison to Vessels.

It becomes clear throughout Coherence that the band spent that five-year gap wisely, and in many ways have matched some of the larger moments throughout their career – even coming damn close to eclipsing the awesome lead guitar and pounding gallop part about a minute and a half into “Abeyance” on Of Breath And Bone. While it is still firmly and consistently Be’lakor, Coherence is a great addition to the band’s collection. 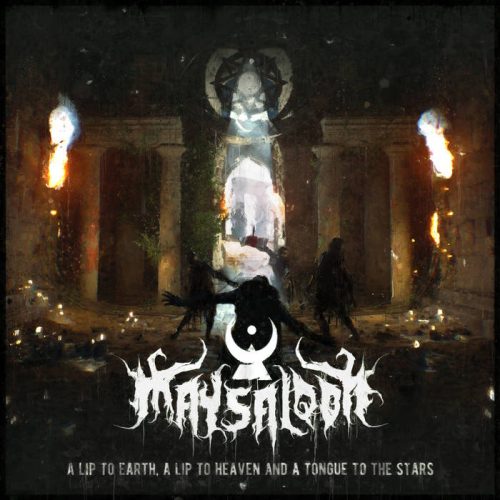 Maysaloon – A Lip to Earth, A Lip To Heaven, And A Tongue To The Stars

Admittedly the first thing that caught my eye about Maysaloon’s second release was the title. Spotted during one of my many internet trawls, an album title like A Lip to Earth, A Lip to Heaven, and a Tongue To The Stars suggests something far more than metal’s usual “it’ll make us appear smart” many-word album titles.

It was also interesting to see the band’s story. Currently based out of Lebanon but hailing from Syria, the group pull from middle-eastern mythos in order to inspire their brand of blackened-death metal – lightly aided by symphonic work throughout, a genre that seems to be consistently finding a foothold out there.

Even though we’ve made it a mission of NCS to travel the world in search of all sorts of metal in our continued quest to spread the gospel of heavy, it hasn’t been too often we’ve been able to musically visit that corner of the world — which brings us to doorstep of the crushingly heavy A Lip To Earth, A Lip To Heaven, And A Tongue To The Stars. 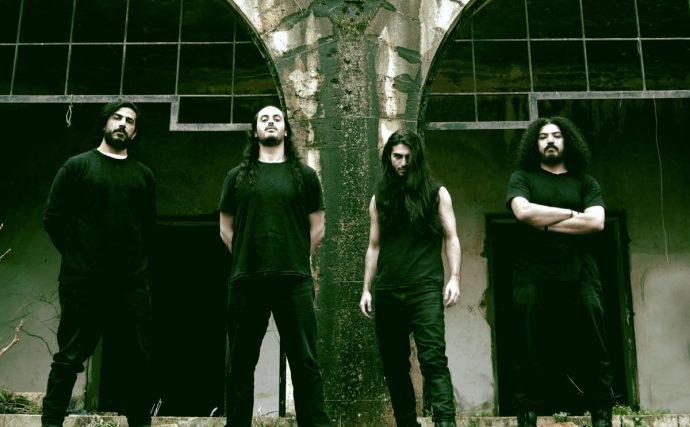 Maysaloon explain the title on their bandcamp page for this release: “The album title was directly taken from a clay tablet that depicts the infamous Canaanite\Phoenician epic called the ‘Baal Cycle'”, and then they also dive much deeper into the inspiration behind their take on the massive death metal that they’ve chosen as their delivery vehicle.

If you glance at the page for the single release of the first two songs they offer this description of them: “The first song is a rearranged version of the oldest discovered musical notation found in Ugarit, Syria. Entitled ‘Hurrian Hymn No.6’. Followed by our first song, the beginning of the ritual for the god of death ‘Mot’ El’s beloved, the hero.” So long story short; if you enjoy mythology and want to see it used as the inspiration for a thunderously heavy death metal stomp, then Maysaloon’s second full-length is a fascinating album to do so with.

Musically, the band are no slouches either. You don’t get to drop the phrase ‘blackened death metal’ lightly without drawing some sort of comparison to groups like Behemoth, Hate, et al, and sure enough Maysaloon have a master’s grasp on that sort of gigantic guitar riff and humongous drum section that drives that style of music.

Fusing it with their own regional folk elements as well – though a little less than a group like Aeternam – allows the band to craft seven songs that easily cross the six and seven minute mark. Maysaloon move quickly and with purpose, resulting in plenty of neck-snapping moments throughout, especially when you reach the back triptych “Of Gods And Decay”, “Downfall”, and “The Truer One”, all of which seem to be in a neck-and-neck arms race to unleash musical obliteration. The first four songs after the group’s “Hymn To Ugarit” intro are all filled with many a death metal stomp as well, but that back third is just a murderer’s row, one after the other of awesome moments.

A Lip To Earth, A Lip To Heaven, And A Tongue To The Stars has become a pleasant surprise since I came across it, and even though we’re late getting to it, this is one of those releases you sense there’s some steam building behind it. With good reason too, as it marks another great release in the blackened death metal sphere and there’s always room for that sort of stuff round these here parts.