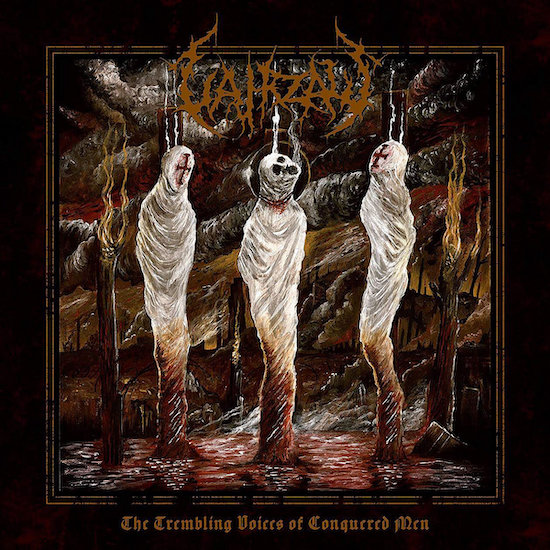 In a career that dates back to the mid-’90s, Australia’s Vahrzaw have released a couple handfuls of short works and three full-lengths, with a fourth album now headed our way, courtesy of Transcending Obscurity Records. At a high level, their music could be branded as an amalgam of black and death metal, but they’ve brought so many other ingredients into play that “blackened death metal” doesn’t do an adequate job of summing up their stylistic achievements.

The song we’re premiering today from the new album is vivid proof of that point. In “Vultures“, Vahrzaw discharge devil-thrash — a turbocharged, adrenaline-fueled romp, scorching in its intensity, head-spinning in its elaborate instrumental acrobatics, and vicious enough to conjure images of rabid slavering beasts on the hunt. 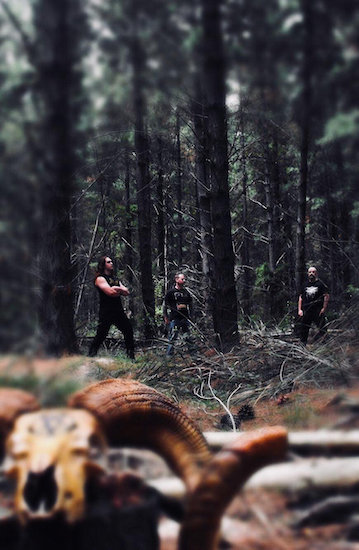 The darting and slithering riffing at the outset of the song creates a morbid and menacing mood, backed by a hefty rumbling undercurrent. But then the music boils over in a fury of maniacal, thrashtastic fretwork, hammering drums, nasty snarls, crazed screams, and vicious roars. The guitars skitter, swarm, and pulsate in electrifying frenzies as the drums athletically batter away — but with sharp starts and stops, augmented by bursts of soloing fireworks. The soloing also becomes fluid and melodically exotic, in contrast to the jolting, jabbing, hard-charging mayhem that surrounds it.

If you’re in need of something to light up your foggy head and kick-start your heart, you’ve come to the right place.

The name of Vahrzaw’s new album is The Trembling Voices of Conquered Men. It features eye-catching cover art by Alex Shadrin (Nether Temple Design). Transcending Obscurity will release it on December 10th and recommends it for fans of The Chasm, Morbid Angel, Mayhem, Sinister, Morbus Chron, Immolation, Darkthrone, and Question.

Pre-orders in a variety of formats (with merch) are open now. We’re also including streams of two other previously released tracks, “Waiting With the Wolves” and “The Pessimist“, which will give you a further taste of just how multi-dimensional the new album really is.