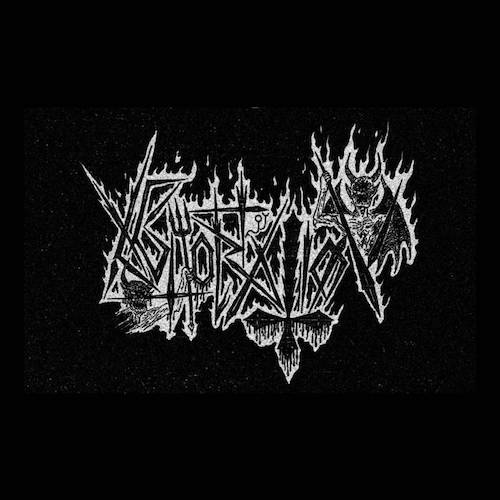 The Norwegian trio Abhorration (guitarist/vocalist Magnus, bassist Andreas, and drummer Øyvind) are a relatively new formation, having started life just last year, but their resumes portended quality, even before any of the music became public — because those members hail from such bands as Condor, Nekromantheon, Hecatomb, Resonaut, Purple Hill Witch, and Obliteration.

We hope that the foregoing list of bands has already peaked your interest in discovering what Abhorration‘s music is all about (it certainly peaked ours). The publicity distributed by Invictus Productions, which will release the band’s debut EP After Winter Comes War, makes further reference to death metal in the vein of such legends as classic Sadistic Intent, Morbid Angel, Possessed, and early Vader, which kindles even more interest.

All of this created high expectations in these quarters, and it’s such a pleasure to proclaim that those expectations were not merely met but exceeded. And thus it’s with genuine delight that we present a full stream of this heart-pounding EP for you today. 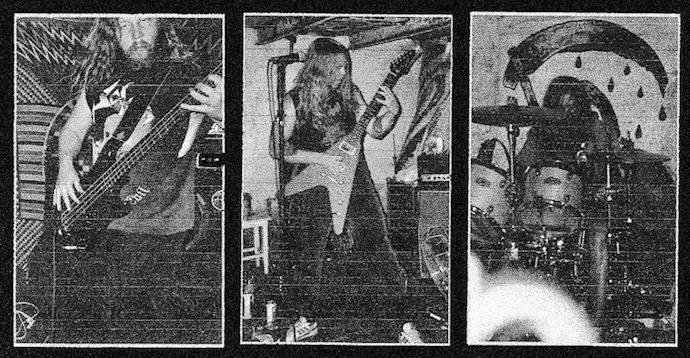 The title track “After Winter Comes War” kicks off the EP with pure tumult — with flurries of grimy, writhing, and slashing riffs, riotous drumming packed with explosive tom-drum fusillades, and rabid howling vocals that spit the words as fast as the instrumentation is burning through your brain. The mad ecstasy of the music, in all its rapidly veering changes in tempo and riffing, is electrifying. And even though there’s a rough and raw feel to the discharge, it’s also quickly obvious that there’s a lot of sharp technical talent behind the execution.

When the pace slows a bit in this barbaric opening assault, the music becomes menacing in its mood, and that feeling of sinister menace surfaces again at the outset of “Ten Trenches of Malebolge“. This second song also demonstrates that After Winter Comes War isn’t going to be a one-note exercise. The quivering riffs and grand, blaring chords in the song simultaneously create a sensation of infernal delirium and cold, imperious cruelty, and the serpentine guitar solo brings into play a sense of magical mystery and incipient misery.

The drumming remains a big thrill, and the vocals remain a scorching, vitriolic presence, but this second track demonstrates Abhorration‘s facility for changing moods while preserving the visceral power, the contagious infectiousness, and the head-moving momentum of their music. And again, the performance feels “loose’ and feral, but is again tightly executed.

All those qualities persist through the savage, full-throttle ebullience and fiendish balefulness of “Desecrate the Exploits of God” and the poisonous sonic cauldron of “The Great Storm of Putrefaction“, which boils over into a crazed thrashing rampage.

In a nutshell, you’ll be hard-pressed to find another way to spend 21 minutes that’s more wildly exhilarating at a primal level than After Winter Comes War. Press play below and get your motor running hot and fast:

Invictus Productions will release the EP on CD, 12″ vinyl, and cassette tape formats. The tape version shall be released on November 26th, while the CD and vinyl versions will follow next year.

We also wish to share the news that the band expanded to a quartet after recording the EP (with the addition of rhythm and lead guitarist Arild), and that a full-length is rumored to be in the works (we can only hope!).