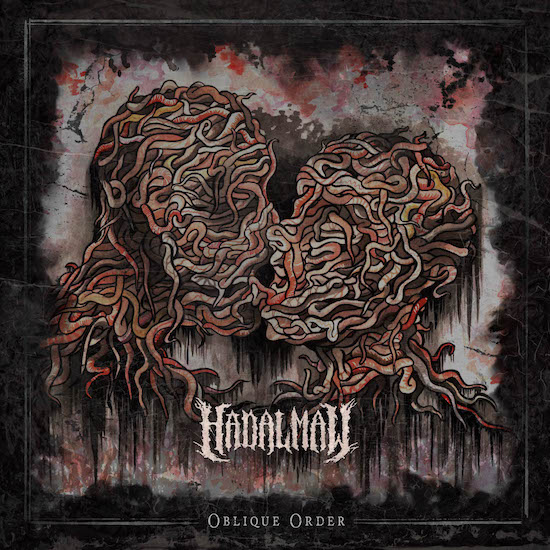 Since 2014 Australia’s Hadal Maw have released two albums (2014’s Senium and 2017’s Olm) as well as a 2018 EP named Charlatan, and throughout that time we’ve followed them closely, as attested by the appearance of 10 different posts in which we’ve discussed their music since 2014. Now we have the chance to focus on them again, because at last they’re releasing a new record destined for detonation at the very end of this miserable year.

The clock continues to tick on the arrival of a new Hadal Maw album, but at least we now have a new four-song EP, the name of which is Oblique Order, and it’s the EP’s jaw-dropping title track that we have for you today. 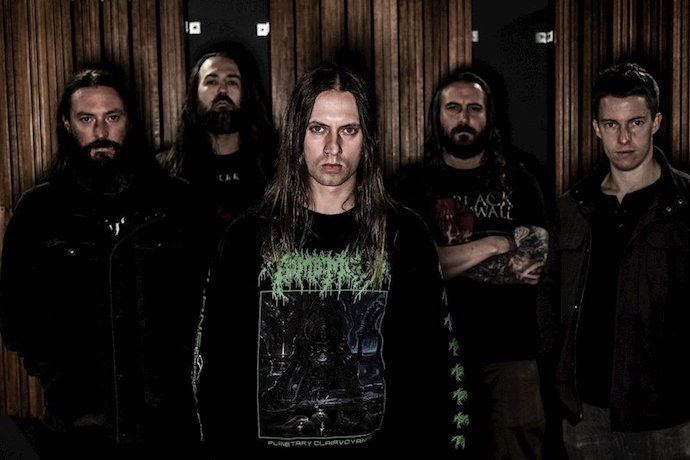 As the plague moves toward its third year of dominance and societies almost everywhere continue their relentless descent into unreasoning polarization, there’s a lot to be dismayed and angry about — and Hadal Maw sound damned angry on the new EP’s title song. It comes through loud and clear in the vicious howls, roars, and screams through which the lyrics are expelled by the band’s frontman Sam Dillon and a trio of savge guests.

Those performances are wrapped in skull-smashing and bullet-spitting drumwork, massive gut-slugging bass lines, and guitar leads that shiver and whine. The music bludgeons and rumbles, sets heads moving and puts chills down the spine, and creates a sense of building tension and ugliness. About two minutes in, the fury boils over in an outburst of accelerated violence and ensuing destruction. The vocals sound even more unhinged, the flares of dissonance more unnerving, the bass-growls more ravenous, and the fast-twitch fretwork more feverish.

The gleaming swirl of a guitar solo injects a surprising melodicism into the fray, and filaments of ethereal ambience create an equally surprising sense of astral mystery. But the dominant impression of the song remains one of rage, bone-smashing brutishness, and nerve-rattling discomfort. Make no mistake, however, the technical acumen and eccentricity for which Hadal Maw have become known are still on display, — and the song will get stuck in your head and give your neck a good workout too.

Hadal Maw have told us this about the song you’ve just heard:

“All fear the status quo! Hadal Maw’s second single and title track of the new EP Oblique Order depicts our society’s addiction to shaming, silencing and intimidating anybody with a differing point of view, under cover of the crowd and curated echo-chambers. We act not for the sake of virtue but out of fear of the collective’s wrath and the constant need of hollow validation. Featuring the vocal talents of Karina Utomo (High Tension/ RINUWAT), Luke Frizon (GROWTH) and Anthony Oliver (Descent).”

The new EP will be released on December 31 by Sydney-based Blighttown Records and it’s up for pre-order now. We’re also sharing a previously released video of the first advance track released from the EP, “Vile Veneration“.