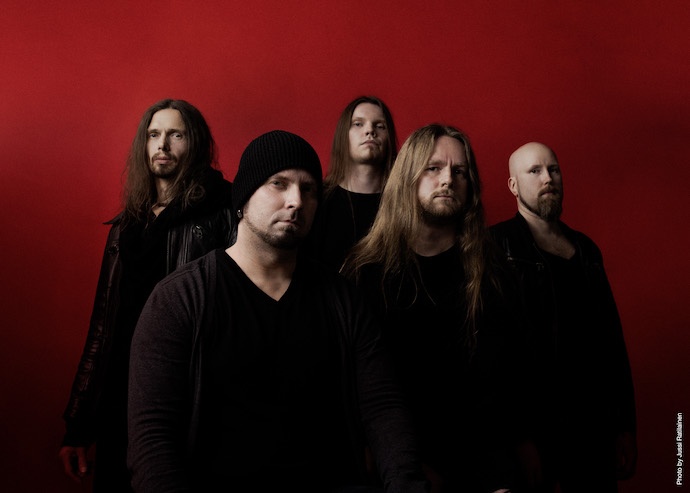 (DGR continues an extensive series of reviews this week with the following take on Swallow the Sun‘s new album, which is out now on the Century Media label.)

Swallow The Sun are at a point now in their careers that they’ve become an institution in the realms of all things moody and melancholic. It’s been a journey too, one that has been exceedingly well-documented and at times absolutely heart-wrenching – and not just musically – and in my own personal case, one dating all the way back to 2007’s Hope album. The band are already at two decades of slow, frozen, and moody doom music and it has been interesting watching their trajectory into and out of funeral doom, fuller-sounding death metal, and even moody-rock music. Here at NCS we are very well acquainted with all of those journeys – especially since yours truly is now on the third review for the band with this most recent release.

Moonflowers arrived on November 19th via Century Media Records and comes to us nearly two and a half years after 2019’s When A Shadow Is Forced Into The Light. Granted, when you consider that seven of Swallow The Sun‘s eight mainline releases have hit during a period between November and February, you could argue that the group have carved out quite a niche for themselves in the colder months of the year. 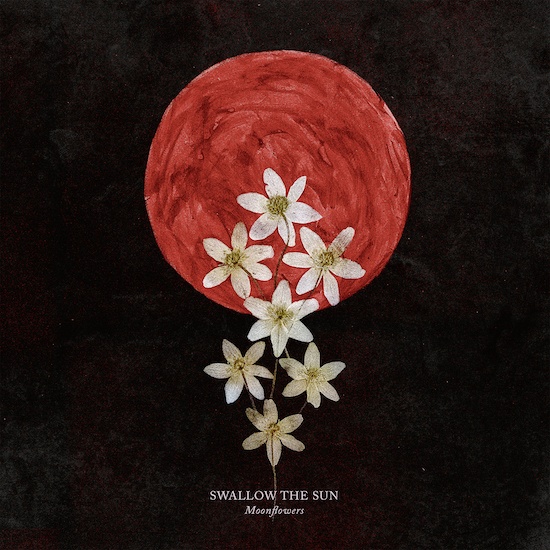 When A Shadow Is Forced Into The Light left Swallow The Sun in an interesting place. The album was a highly personal and pensive take on their sound, not quite the heaviest musically but definitely the heaviest in terms of outside influences and subject matter. So where the band would journey next on Moonflowers was going to be something to watch, especially when you consider the recent years’ events perhaps trapping these guys inside for nearly two years may not have been the most conducive to their overall mood (it will never not frustrate me that I would’ve seen them with Wheel in a venue the size of a large living room had 2020 gone differently).

How Moonflowers reflects that as well as the two years that have passed makes the first few listens of this album interesting, because it seems like the band are returning to something of a comfort zone here and also attempting to amplify themselves to much greater heights than they have before.

Moonflowers falls into a pretty traditional Swallow The Sun path if you go by tale-of-the-tape descriptions. It weighs in at eight songs – deluxe version to be discussed later here – and clocks in at about fifty-five minutes. Granted, its not as large as the triple Songs From The North album, but that was an incredibly ambitious release and a hell of an outlier for the band. What does surprise with Moonflowers is that despite its doomed-out nature, there’s quite a bit of get up and go in the band’s sound this time, with Swallow The Sun showing absolutely no problem picking up the pace and throwing themseves between death metal and black metal moments whenever they like.

That has the overall effect of making Moonflowers feel like its moving surprisingly quickly despite the aforementioned run time. They actually sustain those tempos long enough that there’s even echoes of “Night Will Forgive Us” from Emerald Forest And The Black Bird, although it’s never enough that the faster moments become a whole song like that because, let’s face it; Swallow The Sun know that they’re at their best when the speed is just a few steps above ‘glacial’.

For instance, some of the more interesting experimentation with the band’s sound arrives in those songs with the longer track times. It seems as if the group wanted to make those songs long by virtue of allowing them to become more dynamic than as a way of making them feel like being dragged through the dirt of a forest. “Keep Your Heart Safe From Me” and “The Fight Of Your Life” are primarily beneficiaries of this, with both changing tone a couple of times throughout, before always circling back to the slow and pensive atmosphere Swallow The Sun have made for themselves. If Swallow The Sun‘s music were ever personified, that person would constantly have their jacket hood draped over their eyes and be perpetually staring at the ground. “Enemy”, however, is a bit more straightforward but moves with a stomping rhythm before drifting into its chorus. 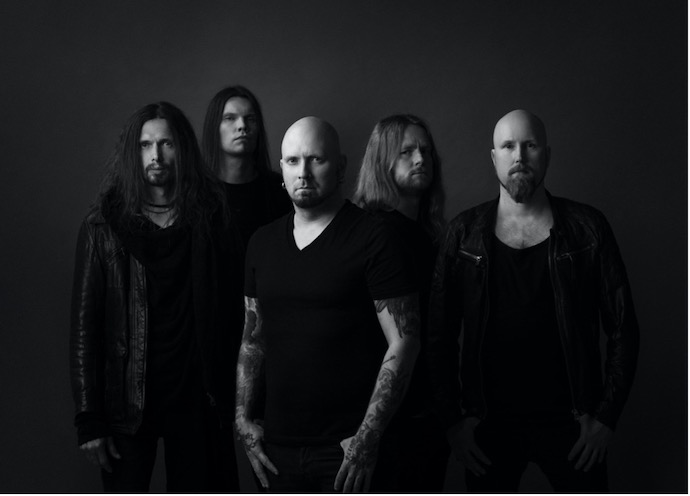 They get good mileage out of the multiple vocal styles that they’ve worked into their sound over the years. If it seemed like When A Shadow Is Forced Into The Light was a harbinger of a lot more clean singing, by the end of Moonflower’s first two songs it becomes clear that Swallow The Sun have pulled back on that a bit and have decided that their hefty-low growl needs to be brought back in force – especially when combined with the massive orchestral hit in the opening song.

“All Hallows Grieve” is another more straightforward song, focusing more on the vocal interplay between frontman Mikko Kotamäki and fellow Century Media cohort and Oceans Of Slumber lead singer Cammie Gilbert. Initially the song is fairly restrained for its opening bit but as it reaches its final third, both vocalists are allowed to really let loose. It’s one of those moments where it becomes clear that just about anything Cammie Gilbert is allowed to sing on is going to benefit tremendously. With her own work on Oceans Of Slumber‘s self-titled release last year, a role on Ayreon’s 2020 album Transitus, and now appearing amongst some of the depressive doom elder statesmen, she’s quickly becoming quite prominent in the metal scene.

If you followed Moonflowers up until the moment of its release you’ve likely been made aware of the deluxe version of the album wherein the group Trio Nox played every song as a ‘classical’ version. It’s an interesting bonus, as that group collaborated with songwriter/guitarist Juha Raivio to interpret those songs in their classical form and then recorded them in a church in Finland. Long story short; they’re gorgeous-sounding. They don’t sound like classical pieces in the traditional sense but they show that the music within Moonflowers is beautiful enough to get by on its own. Having the mournful accompaniment of a stringed arrangement just adds to that overall ambience. Now, whether you need that hit right after running through the regular version of the album is a “your mileage may vary” situation, but as a separate take they’re fantastic for darkening the mood, to say the least.

Moonflowers is not a transformative release for Swallow The Sun but is one of their more far-reaching records. The album remains as highly personal for the band as ever, but there is a willingness to move around the fringes of their sound after each tune goes through the motions of planting them firmly in their doom blueprint. That’s why it can seem like two contradictory statements, of the band being within their frozen comfort zone and the album also seeming to ‘move’ more than they have recently.

This works well together here because for every song that is a bit more singularly focused on misery, there will be one that shifts through a variety of different movements. Sometimes you’ll be shocked to see that you’re still within the same song by the time they cycle back around, and admittedly, there were other times when I was just as surprised that the album had looped back to the beginning with fifty-some-odd minutes disappearing like it was nothing. Swallow The Sun are still experts at painting a grey sky and dropping the temperature to freezing levels on Moonflowers, so if you’ve been chomping at the bit to have this crew drag you back from any sort of happy place you might be at right now, this is an album that’ll do the trick.