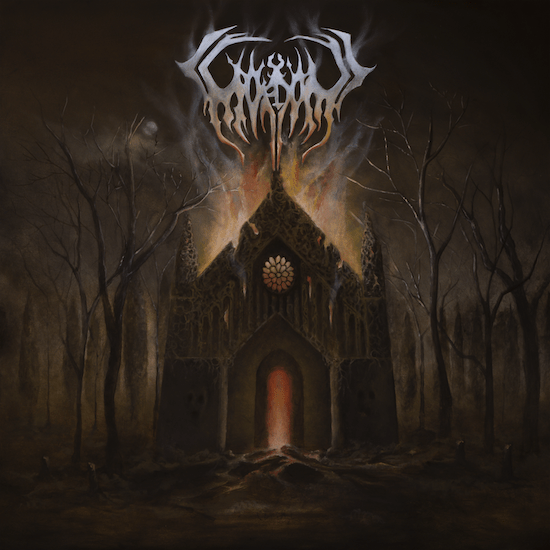 “Combining the leaden misery of funeral doom, the hideous unconventional songwriting of death metal and the monomaniacal disgust of black metal, Mordom prove themselves to be preternaturally gifted at transmuting their darkest moods into monstrous moments of crushing sonic majesty.”

Those words aren’t ours, but instead were crafted by Decibel Magazine’s Dutch Pearce when he reviewed this San Diego band’s debut demo about a year ago. However, the description is too on-point for us to ignore. We repeat them now because Mordom‘s debut album Cry Of The Dying World is fast-approaching its December 10 release via Transylvanian Recordings.

Like the demo, the album blends ingredients of funeral doom and death metal, but also includes elements of sludge, crust punk, and post-rock. Unlike the demo, it includes the work of drummer Nathan Gonzalez joining in with the band’s founder (and his Cessation bandmate) Max Hoffman, who decided to drop guitars almost entirely for this album and rely heavily on pulverizing bass tones, plus his own harrowing harsh vocals. 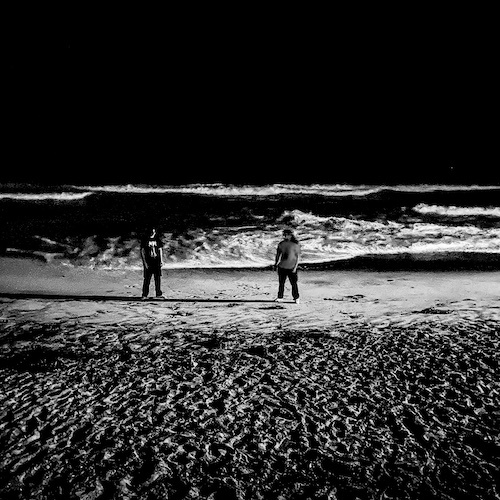 The new music is devastating on multiple levels, in keeping with the duo’s effort to express “living in a world being torn apart by hatred, greed, and climate change”. We give you today, as an example of what they’ve wrought, a song from the new album named “Betrayed“. As for what inspired this particular song, the band explain:

“‘BETRAYED’ is about the mass deception of the ultra rich. They’re able to buy the truth and feed whatever lies they want to the lower classes/frame it however they want. They use this to try and convince everyone else that what’s in their best interests is in everyone’s best interests, even though they’re destroying the earth. They hoard more money than they could ever possibly need and leave billions in poverty. They turn us against each other and divide society, all while they remain unaffected. This is a betrayal of the worst kind imaginable.”

A 15 1/2 behemoth, “Betrayed” lumbers like a massive, shaggy beast. The ultra-slow bass riffing crackles with catastrophic levels of distortion, matched by skull-cracking drum blows and ringing cymbal strikes. The combined effect is crippling in both its massive weight and its feeling of oppressiveness and disgust, an impact made even more intense by the harrowing roars that seem to well up from a fathomless abyss.

Without warning, this beast charges. The drums accelerate in a battering gallop and the riffing slashes, jackhammers, and frantically darts about. The sound is still destructive, but significantly more unhinged and butchering.

Following a frighteningly protracted howl, the song seems to stop. Breaking the ensuing silence, an acoustic melody whispers, solitary and wistful in its tones. Another melody joins in, folkish in its soulful lament, and sounding a bit like a fiddle and a bit like a bagpipe.

It’s a mesmerizing and introspective lull… a lull that’s broken by another craggy, slow-motion bass riff and the reappearance of those punishing drums and horrid roars. This time the torment is enhanced by calamitous screams and a backing sound that buzzes like flies above a rotting corpse. The tension becomes unnerving, the sense of catastrophe unmistakable, severed by a sudden silence.

And thus in all these changing sensations, and in keeping with the themes that inspired it, the song seems to channel ugliness and disgust, abandonment and pain, and a righteous fury that refuses to back down, and does all this with shattering power.

Cry Of The Dying World was recorded, mixed, and produced by Ethan Camp and mastered by Adam Gonsalves with cover art by the great Brazilian artist Caue Piloto. It will be released on CD, cassette, and digital formats on December 10th. Find pre-orders at the location linked below — and also check out our included stream of the previously released album opener, “Narcosis“, about which the band have provided this comment:

“‘Narcosis’ is about the mental health crisis, and resulting lack of care by doctors, willing to prescribe drugs that in any other scenario would be considered to life-ruining — benzos, opiates, amphetamines, etc. It shuts patients up, but enslaves them to medicine and gives them a lifetime of addiction. Musically, we sought to capture the doom a fate to these drugs would produce within someone suffering from a mental health crisis.”