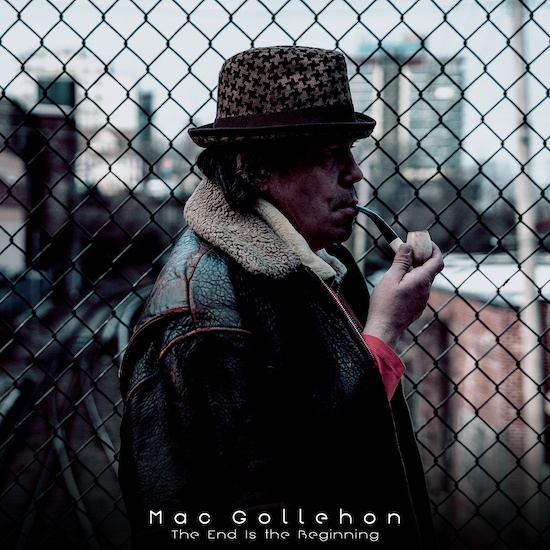 Every musician has two voices, the one that uses the larynx and the other that uses the manufactured instrument they’ve trained themselves to play. Even in the case of musicians who can sing (or growl or scream), the voice they create through a collaboration with their manufactured instrument is often so much more expressive than the other voice, and even more capable of bringing emotions to life in ways that every other human being can understand.

How that happens is a grand mystery. People spoke and sang to each other millennia before the first musical instrument was created. And when instruments came into existence, what were they used for? To speak and to sing in a different but still recognizable way, and to mimic the beat of hearts and the throb of pulses. Sure, they can be used to create sensations we think of as utterly inhuman, but even then they’re still really being used to create voices our own throats aren’t capable of creating but that convey moods we all understand — even if what we understand are nightmares.

Which brings us to the subject of this post, brass musician extraordinaire Mac Gollehon. 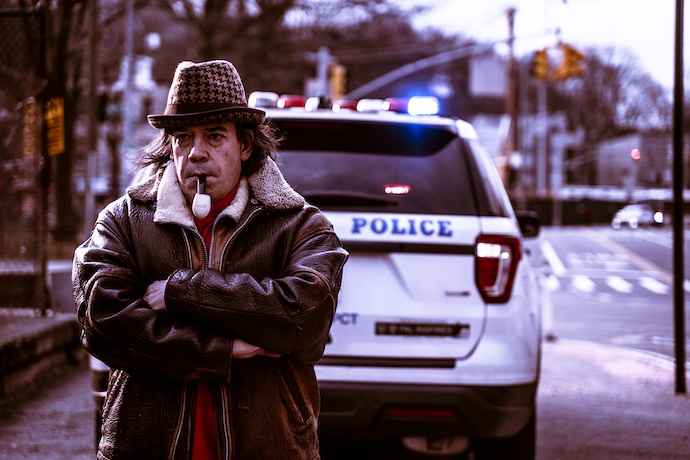 His name may be unknown to many denizens of our subterranean metal site, but his trumpet performances are world-renowned above ground. To borrow from some of his press materials: “He has toured the planet and recorded in studios everywhere with an endless roster of rock, pop, and jazz artists since the 1970s, including David Bowie, Blondie, Onyx, Madonna, Billy Ocean, Hall & Oates, Chaka Khan, Buddy Rich, Al Jarreau, Sheena Easton, Nile Rodgers, Patrick Adams, Mick Jagger, Grace Jones, Hector Lavoe, and hundreds of others, including his decade-plus run in Duran Duran.”

In addition to recording on thousands of albums as a session musician, including over two-hundred gold and platinum records, he has released a variety of solo albums, including records by Mac Gollehon & The Hispanic Mechanics.

But it seems that with all that on his resume, amassed over many decades, there are some itches that Gollehon hasn’t satisfactorily scratched, some interests have have led him down paths away from the mainstream. One sign of that was an album named Dismemberment Cabaret that Nefarious Industries released last May. It was a collaboration between Gollehon and the extreme/experimental solo outfit Gridfailure (the solo work of David Brenner). Another sign is a forthcoming EP named The End Is The Beginning that was conceptualized by Gollehon and Brenner, but arranged and performed entirely by Gollehon. 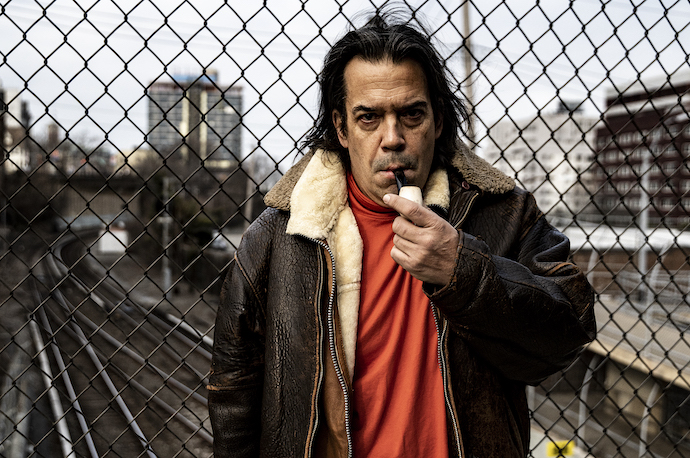 This new EP (though at 10 tracks and 33 minutes many of us would call it an album) is another excursion into darkness, albeit less savagely unhinged than Dismemberment Cabaret. As described in the press materials:

“Drawing inspiration from trumpeter Lester Bowie’s Art Ensemble Of Chicago, pianist Cecil Taylor, German composer Karlheinz Stockhausen, and others, Gollehon delivers a mangled storyline that immerses the listener in a daring concept inspired by 1970s film noir, transporting you to New York City and abandoning you in what could be an ongoing mob war infiltrating the city’s five boroughs.

“Within the record’s runtime, inspiration from classic crime dramas of the era explodes with bold dementia. With Don Ellis’ score for The French Connection and Lalo Schifrin’s Dirty Harry suite at the forefront, one can hear a convergence of styles tracing to Ennio Morricone, Goblin, Miles Davis, Elvin Jones, Riz Ortolani, and more contemporary creators David Lynch, Mike Patton, and John Zorn.” 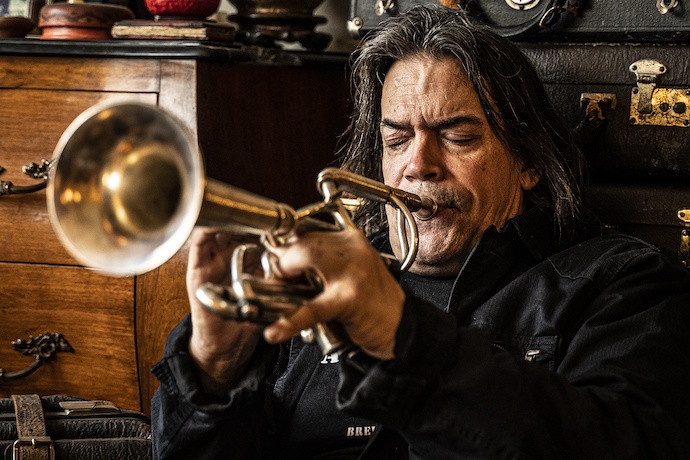 What we have for you today is the premiere of a video for the second single off The End Is The Beginning, a piece called “Bronx Motor Inn“. Mac Gollehon has commented on the music in these words: “A night in the life-tinted windows turn the cold harsh day sunlight into an errant glowing grey. Police helicopter searchlights stab through the dark of night. Sing softly and desire no company. Aim the trumpet toward the Blood Moon as it bathes you in sepia.”

Much as those words suggest, the music is a surreal experience. Sirens wail in the distance, drawing nearer, screaming. Thunder rolls. A solitary bass line leads the way, accompanied by simple piano keys, and they get their druggy hooks in. Xylophone-like tones ring in mysterious and inviting accents. Gollehon’s piercing trumpet moans, wails, and writhes. It sounds languid and lascivious, carnal and post-coital, but also menacing and unsettling. The effect is thrilling — and haunting.

The black-and-white video beautifully suits the noir-ish soundscape, intertwining flashes of imagery (low-rent motel rooms, forbidden photos, headlights at night) with Gollehon directing his trumpet from the shadows toward the Blood Moon.

Pair this with the first-released EP track, “Neon and Gunpowder“, and you’ll get an even more vivid sense of the midnight other-world into which the EP will guide you. “Neon and Gunpowder” is even trippier (and perhaps more ominous) than the song we’re premiering today — a collage of strange percussive sounds, scat-like vocals and other forms of glossolalia, ethereal and thunderous electronics, and Gollehon’s dreamlike trumpet melodies.

The End Is The Beginning was entirely written and performed by Mac Gollehon, using trumpet, cornet, trombone, and more, as well as a diverse array of drums/percussion, keyboards, guitars, bass, vocals, and more, with field recordings from across NYC. It was engineered, recorded, and mixed by Brenner at The Compound in Valley Cottage, New York. He also provides additional field recordings, samples, art design, and videos for the album (he directed and filmed the one we’re premiering today, with additional clips from Gollehon). The record was mastered by Dan Emery at Black Matter Mastering (Kool Keith, Buzzov*en, Dälek).

Nefarious Industries will release The End Is The Beginning digitally and on limited gold cassette on February 4th, 2022. You’ll find pre-orders at the locations linked below.