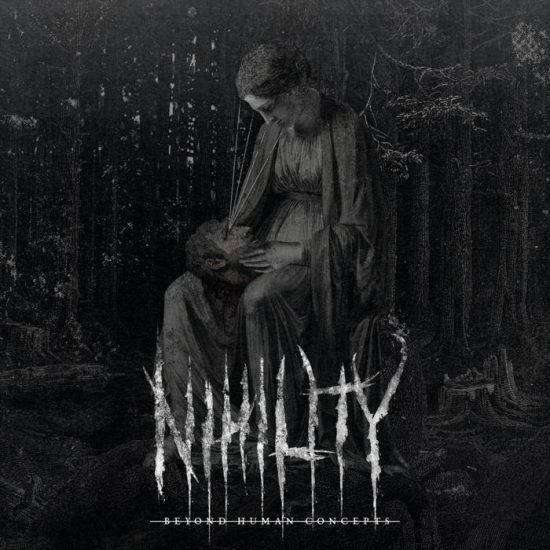 “Go numb and let your mind go black, let your soul be engulfed and captured by the void, then let this be the vessel for all your pent-up aggression and rage, for this is Nihility and this is the void.” And with those words Vicious Instinct Records introduces Nihility‘s new album Beyond Human Concepts, which is set for release on January 8, 2022.

This Portuguese quartet, who draw their influences from both death and black metal, trace their roots back to 2012 and made their blasphemous full-length debut with 2019’s Thus Spoke The Antichrist. The new album again combines ingredients in a powerful way, inspiring thoughts of Cannibal Corpse’s insane brutality, Death’s technical dexterity, and the bitter-cold melodies of such bands as Necrophobic.

What we have for you today is the premiere of a lyric video for “Will To Power“, the second single to be released from Beyond Human Concepts — and it’s one that will kick your adrenaline into overdrive. 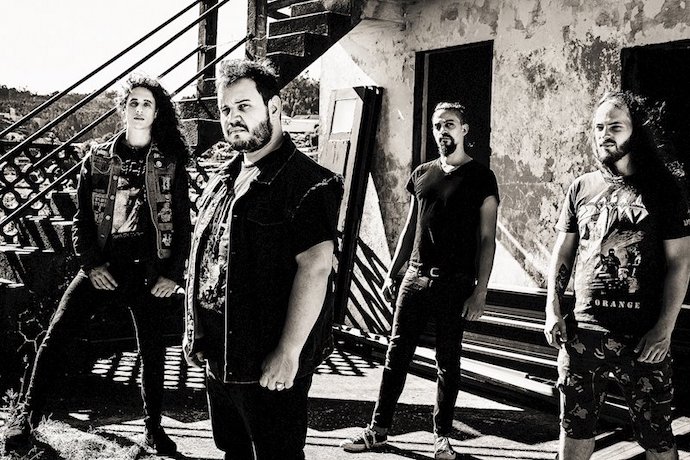 “Will To Power” races with the throttle wide open, all pistons pumping hard and the afterburners fully engaged. It takes little time for the fiery swirling pulse of the song’s main riff to bury itself in the listener’s head like a spike, or for the skull-smacking drumwork to get you moving. The compulsive drive of the song is unrelenting (though it does include some jolting start-stop grooves), but the riffing alters, becoming a jittery and jabbing force, a vibrant thrashing presence, and a cruel seething menace.

The song also includes a wonderful wailing, shimmering, and screaming solo that isn’t just tacked on like an afterthought, but actually elaborates on the main riff, which surges along behind it. And to cap the experience, the lyrics are ejected in a deep, vehement growl that’s in keeping with the fury and disgust manifested in the words.

The album was recorded, mixed, and mastered by Pedro Mendes at Ultrasound Studios Braga, and features orchestral arrangements by him as well. The cover art was created by Credo Qui Absurdum. We’ve left links below for the new single and the album, as well as a stream of the album’s first single, “Martyrdom for the Herd“. 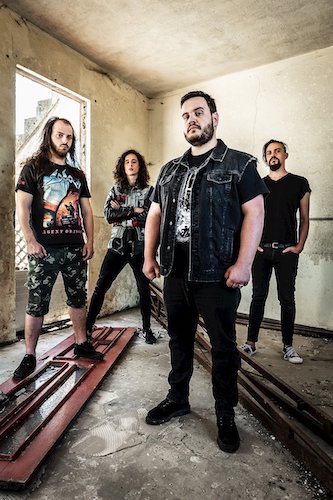 2 Responses to “AN NCS VIDEO PREMIERE: NIHILITY — “WILL TO POWER””