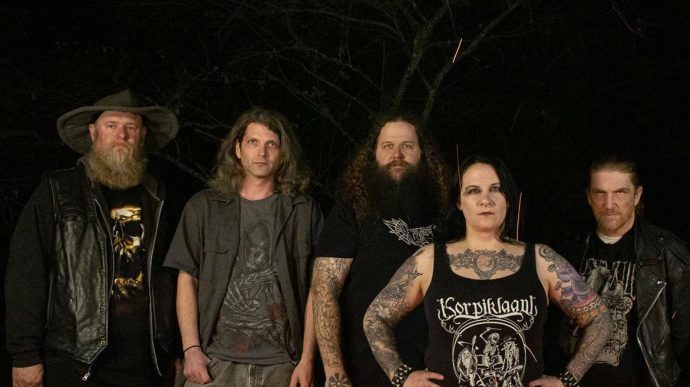 The folk metal band Siren’s Rain hail from Tacoma, Washington, just down the highway from our site’s home base. Their debut full-length, Rise Forth, was released earlier this fall, and it delves into themes of abandonment, betrayal, hope, despair, and resilience, while joining together elements of heavyweight metallic extremity and such folk instrumentation as mandolin, harp, and the nyckelharpa.

What we have for you today is the premiere of an official music video for a song off Rise Forth called “Keepers“. The video features the natural beauty of the Pacific Northwest. As vocalist Rena Hellzinger tells us, “We wanted to do a ‘metal band in the woods’ video, as this song is about protecting the environment”. 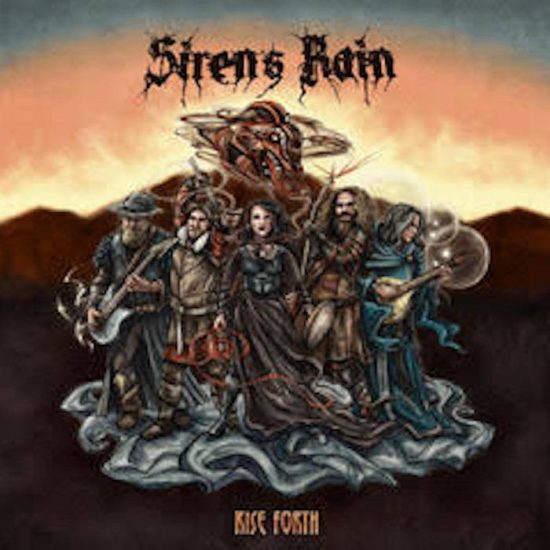 Lyrically, the song is a fierce call to arms, a summoning of an uprising against the greed that despoils the wilderness of the earth. Musically, “Keepers” is a high-octane head-mover, propelled by compulsive drum-beats and bass-thrusts (though the song opens in a more languid, mystical, and mesmerizing fashion). The song is vibrant in every other way as well, from the raking riffs to the electrifying (and hypnotic) trill of the mandolin, from Rena‘s savage snarls to her soaring singing — and the guitar/mandolin duet in the song is a fiery thrill all by itself.

All in all, “Keepers” is a heroic anthem, and as infectious as it is earnest. It gets stuck in the head damned fast, and stays there.

As mentioned, Rise Forth is out now. We’ve included a full stream of it below, along with a previously released lyric video for “Keepers“.