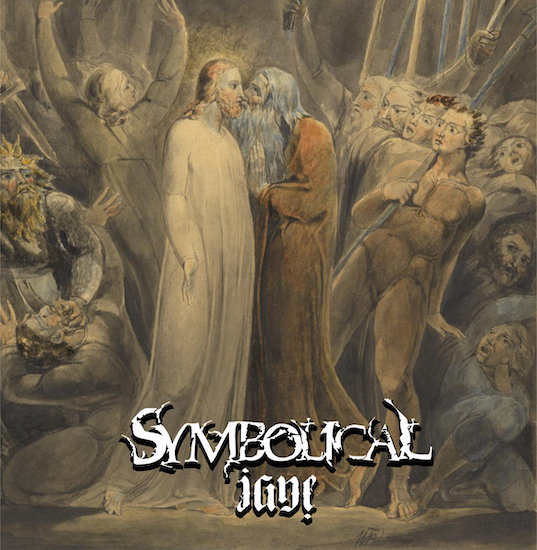 The death metal mystics in Symbolical have embarked on a new musical campaign, the purpose of which is to draw you into the darkness that ancients believed was “the home of all that is not yet in form but holds the energy of the creative source”. These Polish musicians proclaim that “Symbolical is our darkness, filled with fat, gloomy, remorseless, simple, and morbid sounds which create and destroy sorrow, depression and grief.”

The new campaign consists of a three-part series of EPs, the first of which — Igne — will be released on December 25, with the next two coming in 2022. Each EP includes a trio of tracks, each of which will be presented through a video. Two of the tracks included within Igne have already premiered through videos, and today we present the third one, “Epiphany & Revival“. 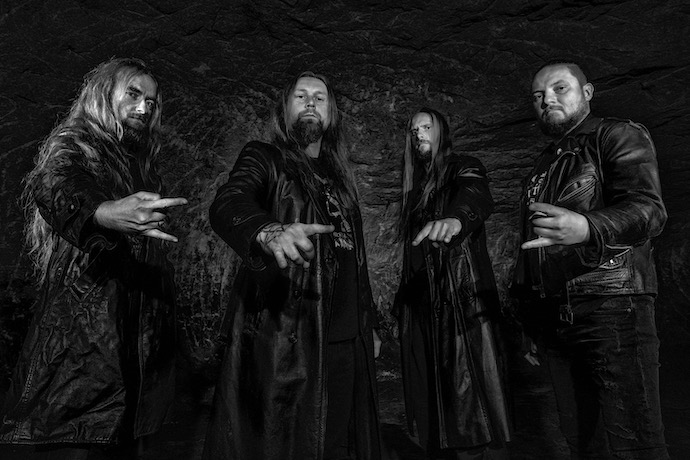 Musically, Igne is a continuation of the death metal sound Symbolical carved out on their first two full-length albums, Collapse in Agony and Allegory of Death. It tells the story of the birth of Jesus, but not in its popularly accepted form. In Igne, Mary gives birth to Jesus the Antichrist, and condemns the world to destruction.

The new EP opens with “The Call of Nazareth“, which beats like a violent heart. It jolts the senses with savage, electrifying power, but streams of eerie wailing melody flow through the titanic turmoil, and the ravaging riffs at times seem to channel a desperate agony. When the pace slows, the music moans in grief and seems to raise pleading hands. There’s also a feeling of vast grandeur in all phases of the song, including its mystical ambient outro.

When “Epiphany & Revival” begins, the roiling riffs and booming drums immediately create a sense of tension and fear, feelings underscored by tormented screams, furious howls,and imperious proclamations. It’s a deeply unsettling and even surreal sensation. As in the opening track, the guitar leads wail like massed mourners, and massive chords go off like dramatic fanfares as the drums detonate and hammer, and as enormous growls chill the skin.

There’s a brief, entrancing interlude made of a glittering guitar solo backed by shimmering ambient tones, and then the music begins to pulsate with jabbing riffage and skull-busting drumwork — a closing sequence that’s made for headbangers.

Below we have also included the video for Igne‘s closing song, the 12-minute “Disciple of Death”. Don’t miss it! The drumwork is stupendous; the massive writhing riffs are both magnificent and full of peril; the melodies are exotic and mesmerizing; and the song’s changing phases become increasingly enthralling — even when they become both increasingly destructive and increasingly grief-stricken.  (We won’t spoil how the song ends in its final minutes, but be prepared for a riveting surprise.)

As on Symbolical’s previous album, Igne features Pawel “Cymer” Cymerman on guitars and vocals, Konrad “Sloq” Słoczyński on guitars, Dariusz “Daray” Brzozowski (Dimmu Borgir, ex-Vader) on drums, and Łukasz “Lukas” Matyja on bass. All music was composed by Cymer, and arranged by Symbolical, while all lyrics were written by Karol “Charles” Goździk.

The band have commented: “We wanted to portray the essence of Symbolical in a three-song formula. Rage and beauty are our favorite feelings, and we love to mess around with our listeners’ feelings. We think that this EP will surprise many people.”

Pre-orders for Igne are available now, in the following formats: digital, digipak CD, jewel-case CD, and white vinyl (the vinyl is projected to become available in January/February 2022).

Igne was recorded, mixed, and mastered by JNS Studio / Paweł Janos, except the vocals which were recorded with Arnaud Ménard of Sicarius Productions. The cover artwork is a painting by William Blake, “Judas Betrays Him” (c.1803–5).