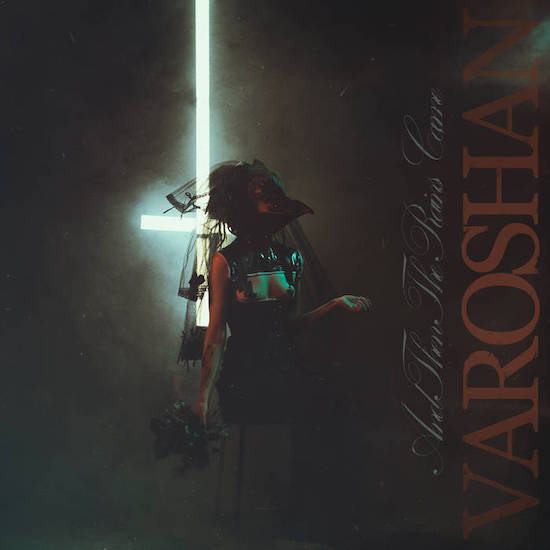 Tomorrow the Finnish label Elitbolaget will release …And Then the Rains Came, the debut album by the multinational band Varoshan, whose members are divided among Helsinki (Finland), Berlin (Germany) and Leeds (UK). But you won’t have to wait until then to absorb what it has to offer because we are now presenting its complete streaming premiere.

What it has to offer is a stylistic amalgam that combines the ethos of hardcore with diverse sonic vibes that bring to mind (as Elitbolaget suggests) the likes of Neurosis, slow-burning Converge, sludge-era Tombs, and Soilent Green covering Black Sabbath, i.e., music that’s “slow, dark, and gritty”. 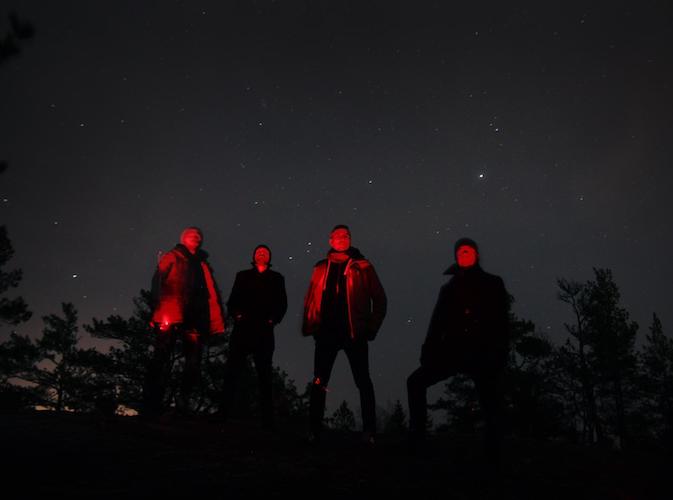 The six tracks encompassed by the new album are mostly long-form songs ranging from 8 1/2 minutes to 11 1/2 minutes, with one much shorter (and very chilling) interlude to segment the flow. Those five long tracks are simply named — “The Crow”, “The Wrath”, “The Tyrant”, “The Message”, and “The Snake”. Each one has its own personality, though the ingredients share certain common features.

The band provoke visceral physical reactions with jolting, hard-hitting grooves, slugging with a heavyweight bass and battering with sharply executed drum-and-cymbal work that includes electrifying fills and tumbling percussive solos (with some growling bass solos in the mix as well). That visceral intensity is magnified by raw, hardcore yells and abrasive riffing that builds tension and creates turmoil. Shrill soaring leads generate moods of anguish and despair, and the music boils over into bursts of unhinged fever.

Occasionally, beautifully glittering, glimmering, and pulsating electronic tones add surprising dimensions within the songs, fashioning ethereal and evanescent sensations that take the music into places that seem unearthly and eerie, as well as magnificent, creating spine-tingling contrasts with the raw human emotion and physical punch discharged by everything else.

Needling and quivering guitar machinations signify derangement in the midst of clawing chords and clobbering drumwork, and clarion-clear leads translate yearning and heartbreak. Fervent spoken-words provide breaks from the red-throated screams. And the band make these long songs even more involving by engaging in bouts of progressive instrumental interplay, and by locking into motifs that become completely enthralling and head-moving (the closing minutes of “The Tyrant” provide a prime example of that). 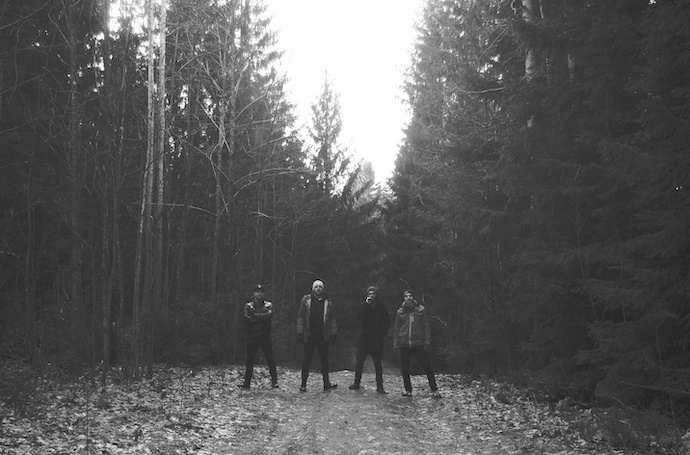 There’s obvious instrumental talent among these geographically dispersed performers (the drumming in particular is eye-popping), and the clarity of the production allows all the ingredients to stand out — but without diminishing the heaviness of the music’s numerous skull-cracking and gut-punching impacts.

Long songs often run the risk of inducing monotony, but not so here. In many ways, which we’ve hinted at above, Varoshan‘s manifold twists and turns (which include a striking guest vocal appearance by Riina Rinkinen from Silentium on “The Message”), their ebbs and flows of intensity, and their variations in musical style and mood will keep listeners on their toes and fully engaged. Make no mistake, this is dark music through and through, plumbing depths of uncomfortable emotions, but it provides a relentlessly gripping catharsis.

P.S. Definitely do not miss the closing song, “The Snake”. It’s much more in the vein of gothic metal than anything else on the album, employing strings and other instrumentation atypical for the band, as well as singing in varieties not heard elsewhere on the record, but it’s absolutely entrancing.

To repeat, Elitbolaget will release the album tomorrow (January 11th). It’s available digitally and on cassette tape now, and perhaps CD and vinyl editions if there’s sufficient interest. Check out the options via the links below, and then be sure to check out the video for “The Message”.