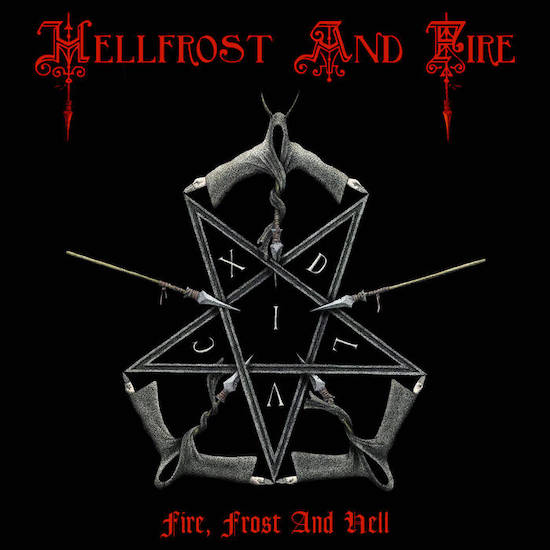 Today we have the sadistic pleasure of introducing the third single to be revealed so far from the debut album of Hellfrost and Fire, which is itself named Fire, Frost and Hell. It harnesses the talents of vocalist Dave Ingram (Benediction), guitarist/bassist Rick “Dennis” DeMusis, and drummer Travis Ruvo (Echelon, Cropsy Maniac) — with guest guitar solos performed by Scott Fairfax (Memoriam UK, As The World Dies).

If you’ve caught up with either of those previous singles you’ll already know that the band’s formulation of death metal gives primacy to skull-smashing, spine-fracturing grooves, and backs up those highly compulsive rhythmic tirades with paranormal melodic accents and of course Ingram‘s belly-deep and thoroughly ravenous growls. As we remarked after hearing those first two tracks, “no bones will be left unbroken” — and this newest song is no more merciful. 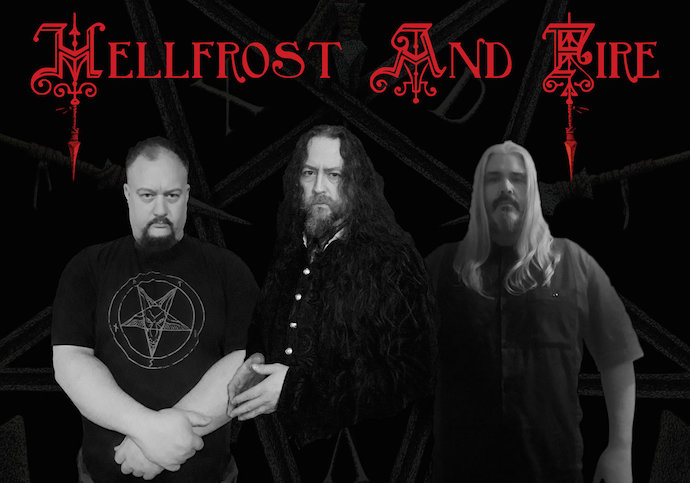 “Across the Bridge of Tyrants” turns out to be a dynamic track, but an undeniably bleak one. At the outset, as the drums patter and pulse, big clanging chords jolt and jab and Ingram expels the lyrics in his distinctive gritty roar. As the song evolves, a buzzing lead joins the fray, seething and swarming and adding an element of vicious derangement to the experience, and a wailing and writhing guitar solo brings in vapors of the supernatural.

There’s a second dual-guitar solo that manages to conjoin those elements of chilling otherworldliness and insanity, just before the jackhammer bludgeoning becomes more maniacal. The rhythmic patterns change repeatedly, but the song never relents in its compulsive groovesomeness or in its aura of cruelty — and Dave Ingram‘s growls are relentlessly monstrous.

Fire, Frost And Hell is set for a March 18 release by Transcending Obscurity Records, and it features cover art by Propraetor.

Below, you’ll find pre-order links and other social media connections, as well as streams of those two previously released singles, “Legion of Hellfrost and Fire” and “Black Secrets In the Splintering Walls“.