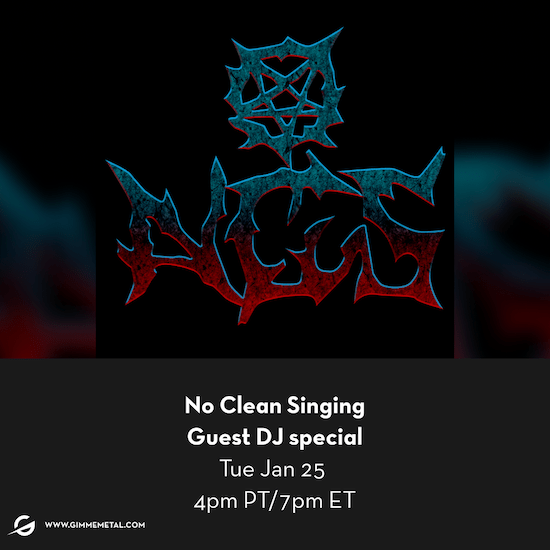 Way back on the 17th of August, 2020, three of the slaves who toil at NCS (Andy Synn, DGR, and Islander) appeared as guest DJs at GIMME METAL, curating a two-hour on-line radio show in which we spun tracks of our own demented choosing, interspersed with our own pre-recorded banter, and also engaged in live on-line chats with listeners. Since then we’ve done it four more times, and as you can see we’re going to show up again for a sixth episode on January 25, 2022.

The three of us have so much fun doing this that we start planning our next playlists almost immediately after one of our appearances ends, hoping that we haven’t screwed up so badly that Gimme Metal won’t invite us back. In fact, planning the playlists is more than half the fun. The rest of the fun comes when we gather through Zoom to record the interstitial banter (though it’s probably not so much fun for Andy when he goes through all of our blabbing to cut it down) and when we get on-line during the show to engage in discussions with listeners. 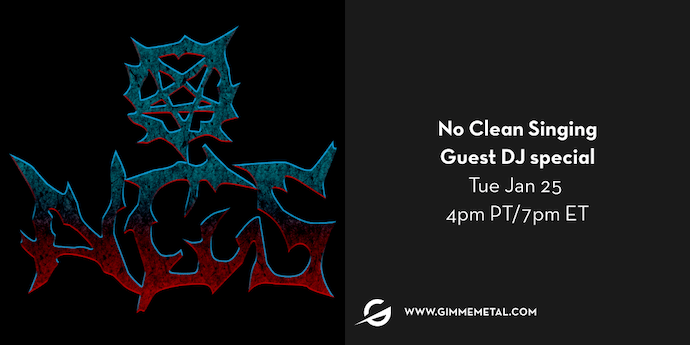 So, what have we got planned for the next go-round?

What, do you really think we’re going to lay out the playlist now? And spoil the surprises?

Let’s just say that DGR organized his segment with the objective of blasting brain-pans to smithereens, Islander focused on mostly new music of the highly infectious variety, and Andy decided to rampantly violate the rule in our site’s title.

For those who get confused about time-zone differences, our two-hour show will air at 4:00 p.m. Pacific Time, 7:oo pm Eastern Time, midnight in the UK, and 1:00 a.m. on January 26 CET. Mark your calendars, or you can wait for us to remind you.