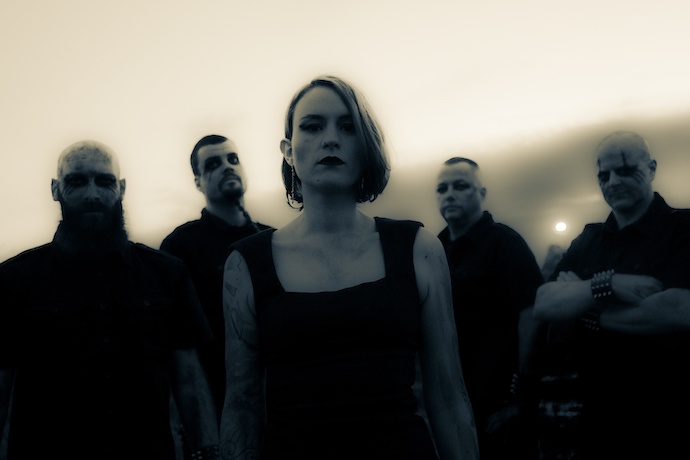 The name of the song you’re about to hear is “Allure and Grandeur“. The woman who wrote the lyrics and gave them life through her scorching voice has explained its inspiration:

“‘Allure and grandeur’ is a prayer to the goddess of destruction and renewal by a person that struggles with stigmata causing her to withdraw into an inner exile. By means of this prayer she reminds herself of what she believes in, summons her inner strength, and reignites the rage providing the vitality to fight back”.

That description connects to the name of the debut EP by the German black metal band Daemonesq that includes it — The Beauty of Letting Go — and the music powerfully connects as well. 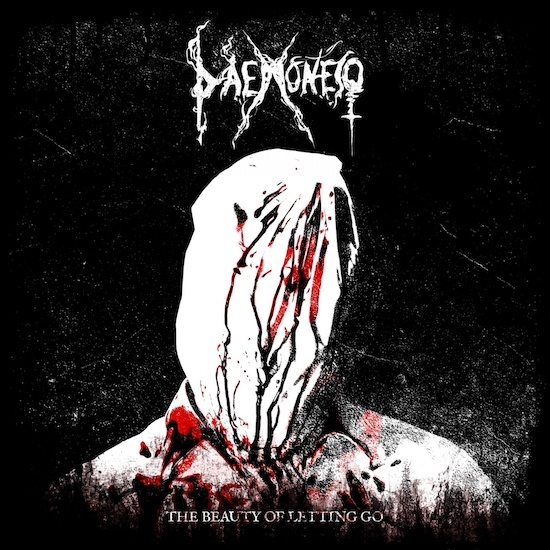 The rhythms batter and jolt with punishing heaviness. The guitars sear and swirl, and the music does indeed rise in visions of frightening grandeur. There’s fire, fury, and derangement in the music, fueled and amplified by vocalist Rægina‘s venomous shrieks and by the feverish dissonance of the riffing. But in the song’s less rampantly turbulent movements feelings of coiling tension and desperate bleakness flow through like a night-dark river.

In all its varying movements, even when the hurtling drums and bubbling bass lines fall silent and the guitar ripples and gleams in a semblance of resilience and hopefulness, the emotional intensity of the song is powerful. When the music blazes and soars again, rocketing toward new heights, the effect is especially pulse-pounding.

The video through which “Allure and Grandeur” is being presented is a a haunting and harrowing companion for this striking new track:

This song is the second one to be revealed from Daemonesq‘s debut EP. The first one was the title track, which is immediately followed by “Allure and Grandeur” in the running order. Two more songs — “Battleaxe” and “Displaced” — come next. Below we’ve included the video for that title song (which premiered at Decibel), as a further demonstration of Demonesq‘s eye-popping intensity and gripping dynamism:

As debut records go, this one is remarkably accomplished, which perhaps shouldn’t be surprising when you learn that the band’s four instrumental performers (X, HELL-G, Asmoth, and Corny Rambado) have been performing in numerous bands of different kinds since the ’80s or ’90s.

Rægina‘s story is also an interesting one. She is a PhD candidate researching and teaching on sexism and gender inequality. Apart from that, we’re told, she is a queer feminist activist supporting both the underground queer feminist scene as well as a women’s advice center for survivors of sexual violence. She has written about the connections between feminism and black metal, and we’ll share this excerpt from one of those writings:

“While maybe not having an obvious relationship, on an abstract level, feminism and black metal have a lot in common. Both concepts center around ideas of subversion, rebellion, individualism, and personal freedom. Both subcultures challenge traditional norms and values and do not shy back from using highly controversial and provocative means to reach this aim.” 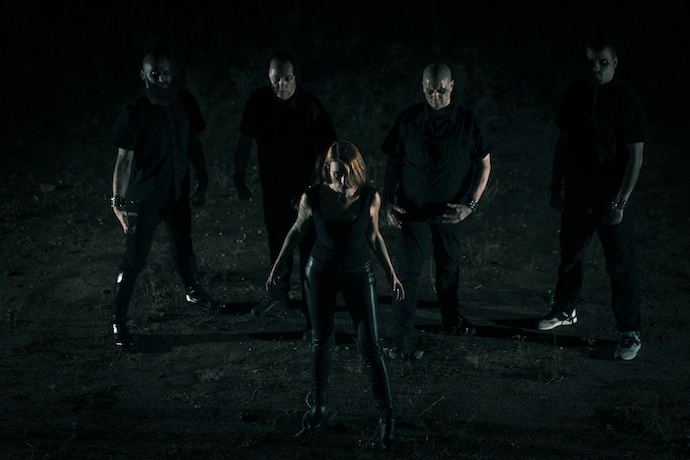 The Beauty of Letting Go will be independently released by the band on February 25th. For more info, visit these locations:

3 Responses to “AN NCS VIDEO PREMIERE: DAEMONESQ — “ALLURE AND GRANDEUR””