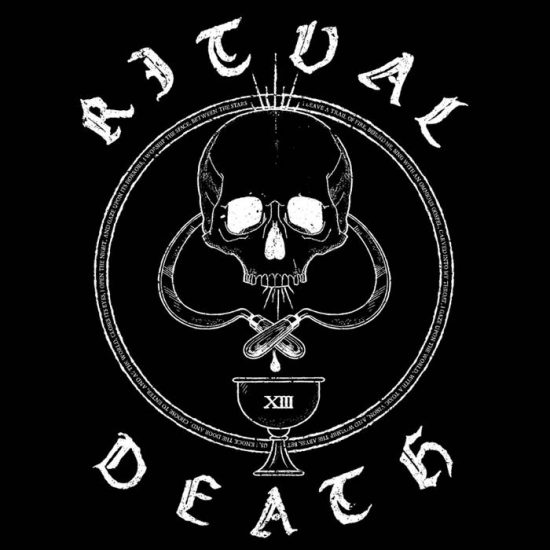 I remember hearing about this band, most likely through Karina Noctum‘s interview of T. Ciekals, though the focus of that interview was his band Djevel. But I didn’t follow up to see what Ritual Death was all about until noticing that the Russian label Living Temple Records had released tape and digital editions of two Ritual Death EPs on February 11th of this year. 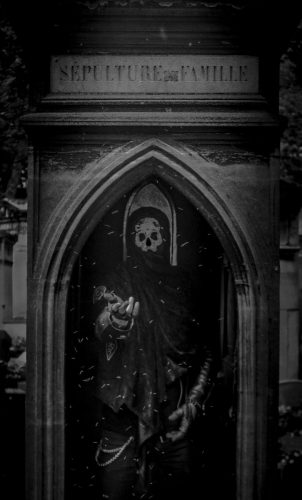 Inspecting Metal-Archives shows that the band’s line-up is impressive. I don’t know who is in the band now (they haven’t released any new music since 2018), but M-A shows current or former members of Behexen, Dark Sonority, One Tail, One Head, and Funeral Harvest (among others) and people who have performed live with Black Majesty, Whoredom Rife, and Misþyrming (among others).

These two re-issued EPs are damned impressive too. The first one, self-titled, came out via Terratur Possessions in 2016. The second one, also self-titled and also initially released by Terratur, was that 2018 offering of new music I mentioned above.

Ritual Death I is utterly vicious, packed with roiling, raking, and mutated riffage that’s episodically deranged, imperious, and hallucinatory, driven by brutish pounding rhythms so formidable you can feel them in your guts and bones, and topped with haughty and harrowing rabid-beast vocals that at times also sound hideously insane. This formulation of black/death is muscular and marauding. It moves like a massive, primitive juggernaut, but also explodes in spasms of violence. But that’s not all it does.

On the first EP the band also stomp through skull-strewn soundscapes that are dismal and oppressive and they lace the music with piercing and abrasive tones that strike like ice-picks in the ears, with quivering supernatural synths, and with occasional doses of dissonant, nightmarish cacophony (especially in the closing track). The whole thing is frightening, but viscerally compelling. 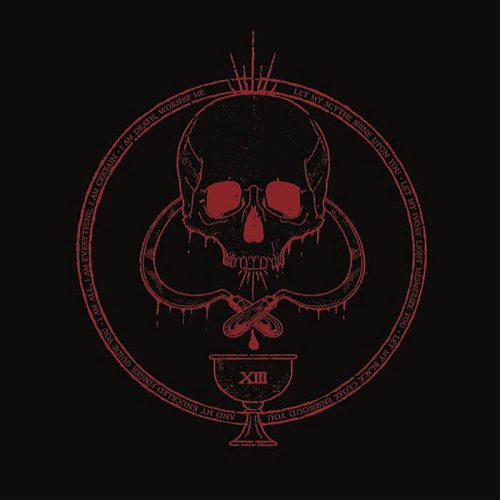 Released two years later, Ritual Death II faithfully follows in the footsteps of its predecessor, albeit with some new devil-worshiping vocal variations (most evident in “Mark of the Devil”) and with some horrifying new keyboard embellishments. And thus it’s also slaughtering and surreal, bone-smashing and mind-bending, a discharge of ruinous cruelty and unearthly terrors that again proves to be gripping.

I haven’t seen anything about new music from this band, but hearing these two EPs for the first time leaves me hungry for more, and hopefully soon. 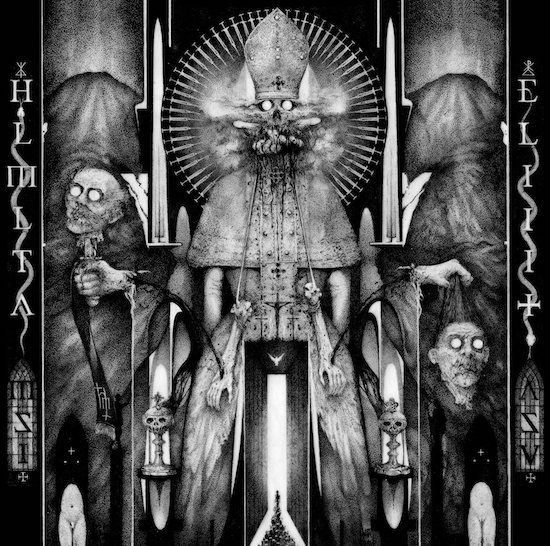 A decade after their last album (Jacob’s Ladder) this French band (whose line-up boasts current or former membership in many other notable bands) have finally returned with a new full-length. Entitled Hollow Void, it will be released on March 18th by Season of Mist Underground Activists. I wrote about the first advance track (“Dust of Time”) in another one of these columns, and now a second one has been released.

“Genesis Undone” is a multi-faceted song. As the tremolo’d chords rise and fall in dense waves above blistering blast-beats and scorching screams, they channel calamity and boiling agony. When the band switch gears, the music becomes swaggering and dictatorial, hopeless and haunted, and even sweeping and celestial in its madness. 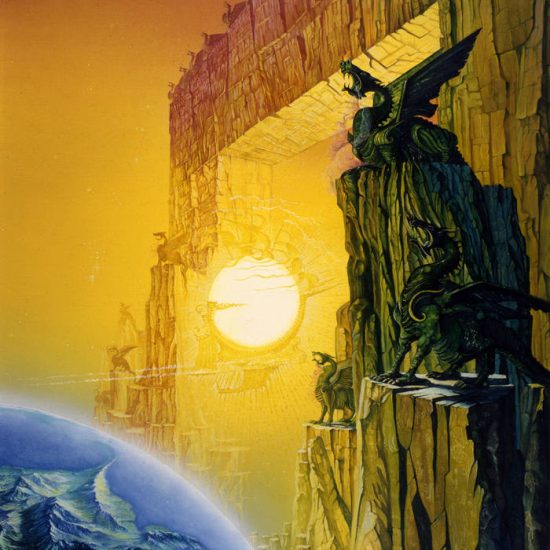 I chose another individual advance track for the next item in today’s collection, and it’s one that marks a dramatic change in what you’ve experienced heretofore. It comes from the second album by this Swedish solo project Cirkeln, the well-named A Song To Sorrow.

“Thine Winter Realm Enthroned” (which premiered at Invisible Oranges) is indeed steeped in sorrow, but its atmosphere takes us into a mythic medieval realm. Cirkeln begins building that atmosphere with a magnetizing keyboard arpeggio over solemn drums. Gleaming strings ring out and glitter, adding to the music’s mystical, ancient allure.

The song eventually rises in a display of daunting grandeur. The drums hammer and tumble beneath those sweeping cascades of frightening glory. Vicious snarls enter the fray (and become more and more unhinged), along with riffs that writhe in fear and anguish, and build moods of tragic majesty.

I suppose you could brand this as an amalgam of black metal and dungeon synth. Whatever you call it, it’s transportive. A Song To Sorrow is set for release on March 25th. 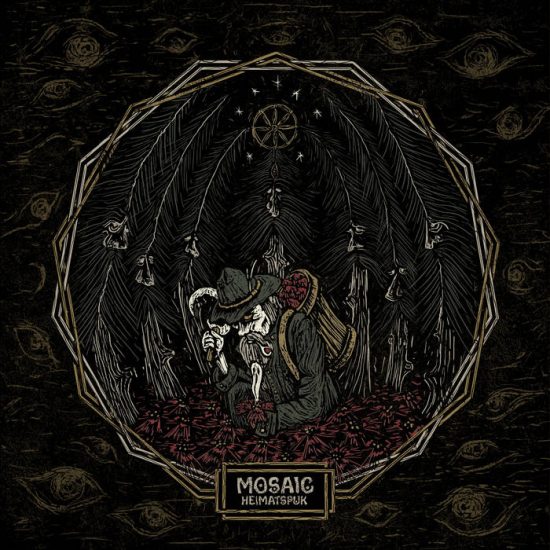 Here’s one more advance track from a forthcoming album. This song is “Unterhulz Zoubar” by the Thuringian black metal band Mosaic.

Here, the drum rhythms skip and canter in lively fashion, but there are feelings of tension and peril in the surrounding swath of dancing and deleterious guitars, and pure torment and rage in the distorted flesh-shredding vocals. The music has the resonance of old folk music, processed through a hellish prism.

As you listen, it may not take much imagination to envision witches and demons cavorting and levitating around midnight mountain bonfires, especially when weird notes, flickering leads, and crazed chants ring out above momentous booming drums. We can also easily imagine peasants huddled in fear within their rude hovels as these revels transpire.

The song comes from an album named Heimatspuk (the band’s third full-length), which will be released by Eisenwald on April 22nd. 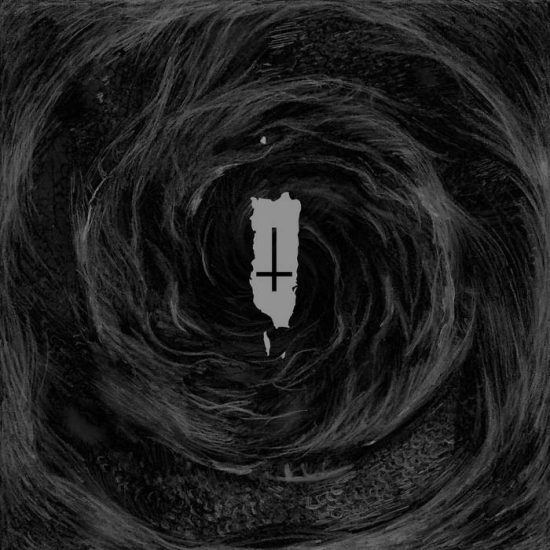 I have much more music I’d like to recommend today, but only time enough to write about one more release, one that came out on February 2nd but that I only discovered a couple days ago. Entitled Ouroboros in Umbra, it’s the debut album by the Puerto Rican band Charca, which is the solo work of Insularis. This is how Charca describes the record:

A corpse draped in lavish funerary garments, this body of songs reflects the “Negativism” — which should more accurately be described as nothing more than a crude Realism — that characterizes the Current Day, the Days Before, and the Days to Come of this, our Insular Coffin. Ouroboros In Umbra: An Eternity in Darkness.

I quote that passage because it evokes much of what the music conveys. There is indeed a depressive mood that flows through much of the music, but the mood is translated in different ways. The short opening track, for example, is a classically-influenced acoustic guitar instrumental that’s as beguiling as it is sad. It carries forward seamlessly into the first complete song, “Death That From the Peaks Descends to Desolate the Earth“.

There, the music becomes much more intense. The agony channeled by the riffing is searing, blanketing the senses even as the bass-and-drum patterns continually shift. The frenzy abates, replaced by slow ringing notes (both melodious and dissonant) that sound hopeless and in pain, but are somehow captivating as well as disturbing.

The piercing guitar permutations continue to near the song’s end, left alone by the growled vocals, and the experience becomes increasingly strange and fascinating. Once again, the sad acoustic guitar melody surfaces, this time over sounds of flowing water, to close the track.

I won’t continue going track-by-track, but only say that the remaining songs continue to display the ingredients that made that second track so bleak yet so captivating, with the mercurial and often mesmerizing guitar performances leading the way, and the constant drum-and-bass variations adding to the music’s appeal. The sound finds a sweet spot between clarity and distortion, and although hallucinatory dissonance plays a big role in making the music so bleak, uncomfortable, and even surreal, the songs have their own beleaguered hooks too (“Destiny Is an Unmarked Grave” is a prime example, and probably my favorite track here), as well as well-chosen moments that will get your heart racing.

P.S. After writing this review I learned that the acoustic instrument used for tracks 1, 2, 5, and 7 is what’s known as the Puerto Rican Cuatro, a lute-type instrument that holds 10 strings configured in pairs, each tuned one octave apart on the lower 3 pairs, which gives it its particularly bright character. A more traditional 6-string acoustic was used also, only during the interlude of track 6.