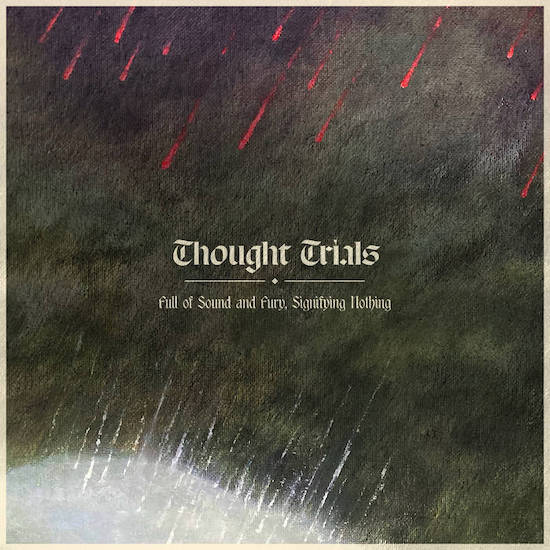 What is it that is “full of sound and fury, signifying nothing”? In the words of Macbeth after learning of his wife’s death, it is life itself — “a walking shadow, a poor player that struts and frets his hour upon the stage, and then is heard no more… a tale told by an idiot….”

There may be no speech in all of Shakespeare that is more laden with pessimism and despair than that one in Act 5, scene 5 of the great tragedy. That this phrase was chosen by Thought Trials as the title of this Buffalo band’s new album signifies something. As described by Thought Trials‘ sole creator Josh Martin, the album “is a study of the fragile human psyche and how our journeys are shaped by trauma and misadventure. Each song explorers a different facet of mental health, sometimes from a place of optimism – and sometimes not”. 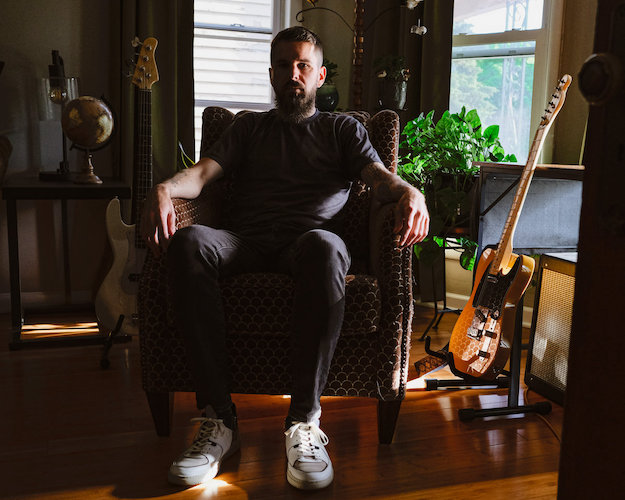 Even as that quote foretells, the music isn’t as utterly hopeless as Macbeth’s shattering words. That much becomes clear from the ring of glistening guitars, the throb of the bass, and the compulsive beat of the drums in the album opener “Guilt and Shame”. In fact, the piercing peals of the guitar harmony have a glorious celestial shine, and the beats sometimes sound like a heart. All together they create a beguiling spell.

But as you listen, you’re likely to experience moods that are forlorn and yearning, and the vocal sample makes the music sound even more distressing. It’s almost a shock when the riffing soars and sears like a vast blaze and the drums hurtle in a frenzy. The impact is exhilarating, and the brilliant ring of the guitars is stunning — a vision of splendor within trauma.

It’s a beguiling and bracing way to start an album, and a vivid introduction to Thought Trials‘ musical alchemy, which melds ingredients from post-rock, doomgaze, and post-black metal to create soundscapes that are haunting and mesmerizing, heavy and harrowing, poignant and perilous. 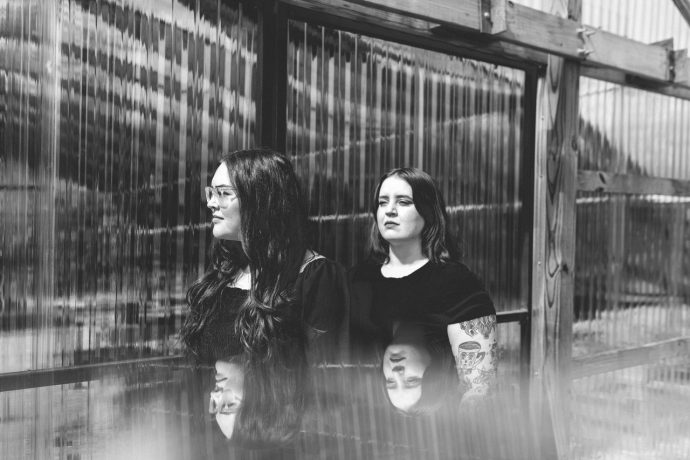 The album’s second track and first single, “Kintsugi”, is the only one in which guests join forces with Martin. That track includes the voices of the Texas post-metal duo Greybloom. Launched by a piercing and immediately enthralling reverb-ed riff, which is sad and introspective, it swells in volume and intensity, growing more disturbed and anguished. The vocals are scorching in their harsh, shattering intensity. But as in the opening track (and all the songs to come), the song includes shimmering dreamlike passages, the bass exudes warmth, and the drum-work exerts a primal attraction.

The unsettling fear that life is indeed pointless rears its head again and again in these six tracks, manifested in different ways and with different instrumental accents (including acoustic guitar and rapidly pulsing electronics), and again and again fires of hope and resilience seem to quell the darkness. Over and over in the music, there are visions of mystery and majesty that transcend a mundane earth-bound existence, as if there really is something more to life than folly and death, even if whatever that might be almost always seems to be just out of reach. 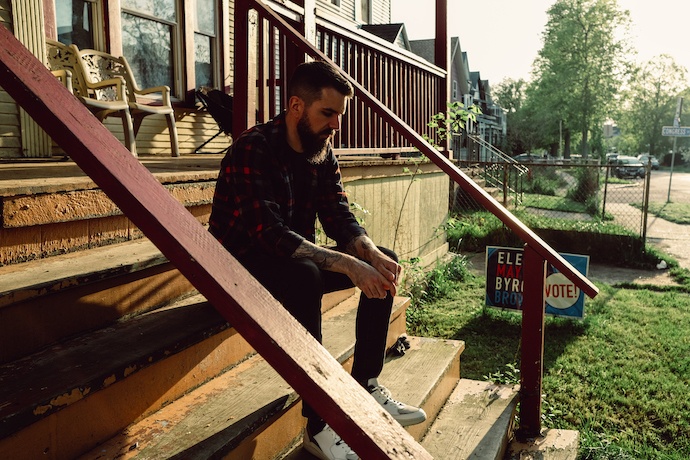 The contrasts in the music can be jolting, with sudden storms following soft musing moments. It’s an album built around continual ebb and flow, around the juxtaposition of crystalline clarity and gritty corrosion, with the companionship of desperation and hope going hand-in-hand. Here and there, the music continues to include sound clips lifted from the film Magnolia by Paul Thomas Anderson.

Unlike Macbeth, who made himself a monster, the music seems open-hearted, self-doubting but self-forgiving, wistful but forward-looking, steeped in regrets but nonetheless generous. It’s recommended for fans of Caspian, If These Trees Could Talk (probably the most obvious comparison), and Mono (and I might add in hints of Alcest, Deafheaven, Russian Circles, and perhaps even White Ward).

Full of Sound and Fury, Signifying Nothing will be released tomorrow, February 15th. The album was written, recorded, mixed, and mastered by Josh Martin over the course of 2021. The cover art features the painting “Don’t Let Me Keep It” by Buffalo native Lydia Freier.