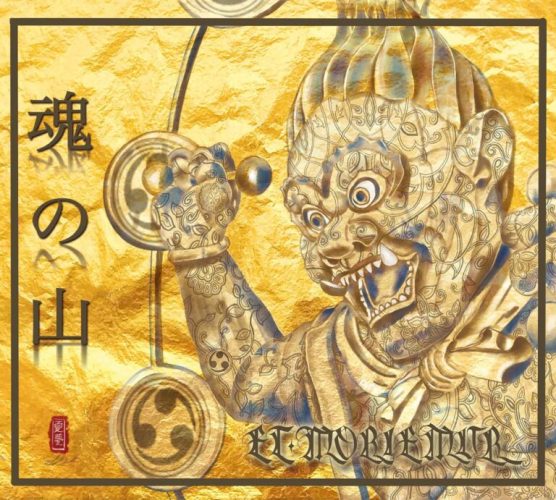 The Czech band Et Moriemur have branded their music “existential doom”. Their label Transcending Obscurity Records uses the phrase “atmospheric doom/black metal”, while Metal-Archives has selected “atmospheric death/doom”. The one thing you can’t call it is “conventional doom”.

Certainly, the subject matter of their records has become increasingly unconventional. Epigrammata, their last album and their best to date, represented an attempt to cope with the dying or death of those they loved, but used lyrics in ancient Greek and also drew upon the Latin mass for the dead, with the album structured to follow the progression of a traditional Requiem.

Now Et Moriemur have ventured again into unusual territory. As its name suggests, their new album Tamashii No Yama (set for release on April 8th) draws inspiration from Japanese history, myth, and culture, and the instrumentation itself includes the shakuhachi as well as cello, harp, violin, and viola. It will also give Epigrammata a serious challenge as the best album these adventurous Czechs have produced to date. 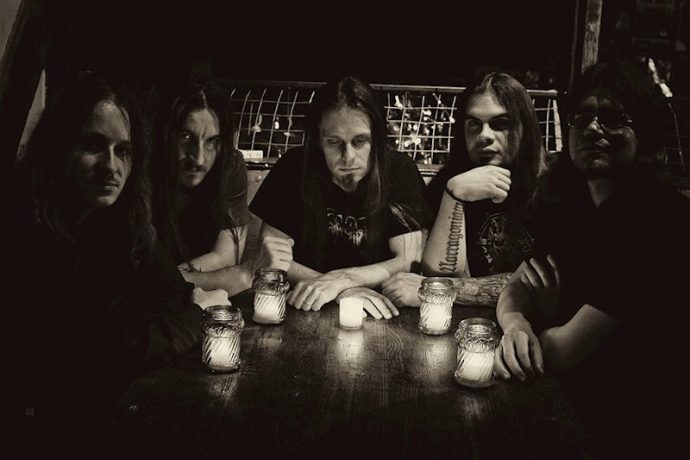 The new album includes seven songs that seem to be named for Japanese locations, though not all those places are located on earth, and the music often sounds unearthly itself.

We’ve been fans of Et Moriemur for quite a while now, but “Izu“, one of the first-released songs from the new album, really operated as a fascinating signal that the new album would be something very special indeed. It includes bits of exotic and enticing instrumentation, used to weave exotic and enticing melodies (which, like the song and album title, do seem to have a Japanese connection). The melodies ring in eerie, ethereal, glittering tones, and become sweepingly symphonic. The song’s overarching mood is melancholy, but mesmerizing. However, it will also jackhammer your body into the ground, and the vocals are utterly vicious (except when choral voices come into play).

Other tracks from Tamashii No Yama have surfaced both before and after “Izu“, and for those who’ve heard them they’ve only solidified the conviction that the new record is an out-of-the-ordinary achievement. If further persuasion were needed, today we present the song “Oshima” in its streaming debut.

It proceeds in a crushing stomp, but those heavy steps are accompanied by gripping horn-like fanfares of majestic but mournful sound and by quivering swirls of mystic sheen. Terrorizing shrieks accompany abyssal roars, and tones of moaning eeriness join with mighty chugs. Ghostly gasps find entrancing piano arpeggios for their accompaniment. Other instrumental textures add to the song’s enthralling effect, and lend a bright vitality to the experience, though in its closing moments the mood becomes one of frightening turmoil.

The new album’s cover art, which sticks in the head as soon as you first see it, was created by Samantha Dibattista. Transcending Obscurity will release the album on CD, vinyl, and digital formats, with apparel, and the label recommends it for fans of Evoken, Sigh, Rotting Christ, My Dying Bride, Septicflesh, and Paradise Lost.

You can check out all the offerings via the links below, and we’re also including streams of three previously released songs from the album: the afore-mentioned “Izu” as well as “Nagoya” and “Otsuki“.