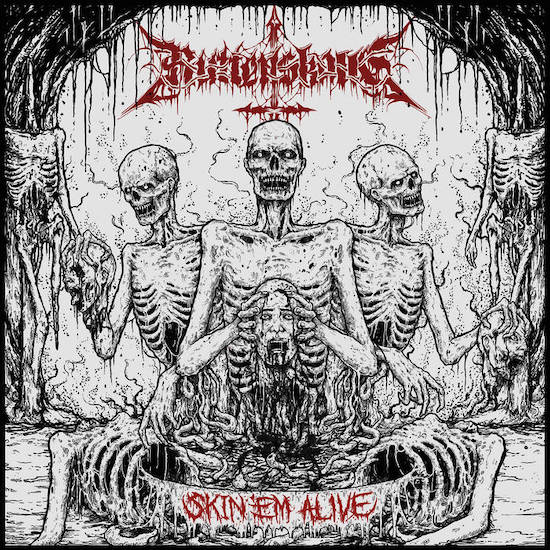 Sometimes it’s abundantly obvious when a musician has made music primarily for himself, to indulge a personal passion for a particular kind of already well-established music and to test how well he can embrace and extend such venerable and venerated traditions. In such circumstances innovation isn’t the objective. Faithful worship comes first. But when it works, a personal endeavor like that can also reward listeners.

In a nutshell, that’s what Portuguese musician Paulo Soares did on Skin ’em Alive, the debut album of his solo project Ruttenskalle, which was released last October by Gruesome Records. The object of his affection and energies was old-school Swedish death metal in the vein of Dismember, Entombed, Carnage, Grave, and Unleashed.

The depths of his devotion are revealed in the album’s ghastly cover art, in the Swedish name of the band (which means “rotten skull”), in the abundant lyrical references to guts, gore, and macabre deaths, and of course in the sound of the music itself. And yes indeed, for ardent fans of this venerable genre, it brings rewards — one of which is the song “Dead Man” that’s featured in the music video we’re premiering today. 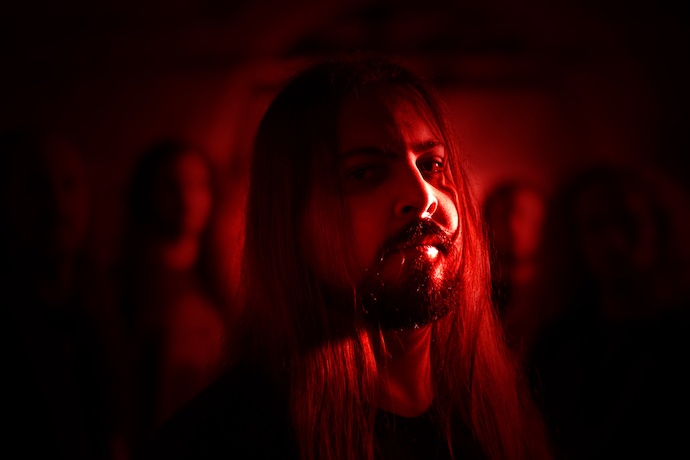 One might think Paolo Soares cloned himself for the making of the video — and in addition to performing all the instruments he did everything else: recording, mixing, and mastering the song and making the video as well.

He’s also got an obvious feel for this style of music. Fueled by high-octane HM-2, “Dead Man” is a bulldozing, jackhammering crusher — and it’s eerily supernatural as well. The riffs writhe and roil, bludgeon and slither. It sounds like a high-capacity meat-grinder that periodically becomes a high-speed pile-driver that’s dangerous to headbanging necks. The monstrosity of the assault is amplified by the bestially roaring, rabidly snarling, and grotesquely gagging vocals.

As ghoulishly murderous and tangibly filthy as those sensations are, the music becomes downright creepy when the pace slows and shrill and swirling tones wail like wraiths who’ve become demented in their misery.

Soares makes plain what his mission was in creating the album: “Skin ’em Alive is the album I always wanted to do on my own. Took me a few years to achieve that goal, but it is finally here. You can expect an album full of power, aggression and yet melodic and dense in some parts. I think it’s a pretty good old school Death Metal record, which will be appreciated by the fans of this particular genre.”

The album is available through Gruesome Records on CD and digital formats, and we’re including a full stream below of it in addition to useful links.

One Response to “AN NCS VIDEO PREMIERE: RUTTENSKALLE — “DEAD MAN””